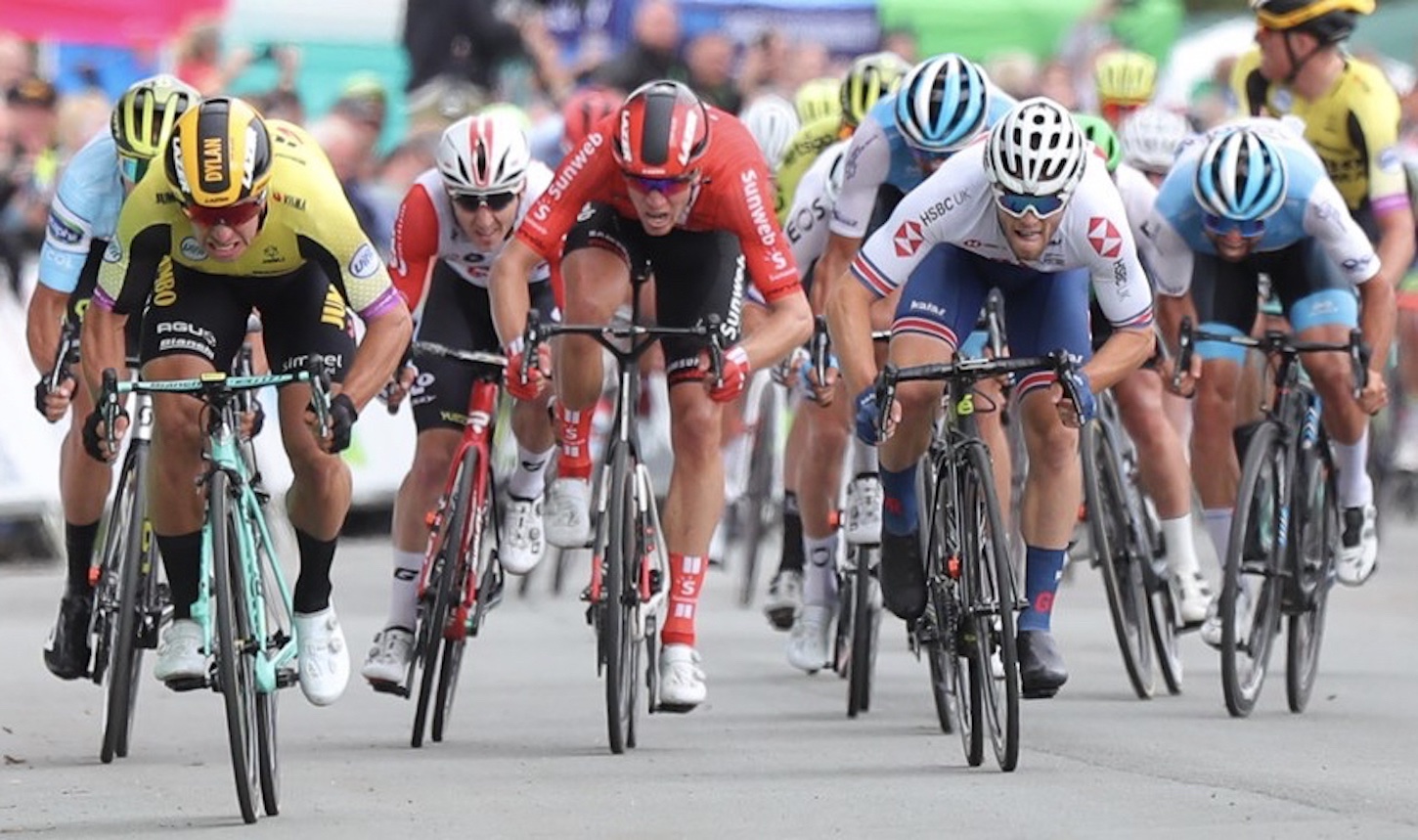 Dylan Groenewegen made it three victories in five days to start the 2019 OVO Energy Tour of Britain as he sprinted to win the race’s first-ever Wirral stage in Birkenhead Park on Wednesday.

The Team Jumbo – Visma rider added the stage five victory to Saturday’s success in Kirkcudbright and his triumph on Newcastle’s Grey Street on Monday in dominant style.

After taking maximum points on the first of two ascents of Flaybrick Hill with 34 kilometers to go, Jake Scott dropped back to rejoin the peloton, which was driven on by race leader Mathieu van der Poel’s Corendon-Circus team as well as contributions from Sunweb and Jumbo-Visma.

Rob Scott was also distanced around this point, leaving just Bostock and Vinjebo out front with still over a minute’s advantage, as they fought on into the final 20 kilometers of the stage.

With 18.2 kilometers to go, a number of riders took the wrong exit on the roundabout, with many of them ending up on either the wrong side of road or caught up in stationary traffic.

Once the chaos was over, the peloton resumed its chase in earnest, gradually decreasing the lead duo’s margin into the final 10 kilometers.

With gap now down to around just 10 seconds, Vinjebo decided to try his luck, heading out on a short-lived solo effort with 9 kilometers remaining.

Numerous attacks from the likes of Gianni Moscon (Ineos), Tiesj Benoot (Lotto-Soudal) and Simon Clarke (EF Education First) came during the last 4 kilometers, but none were able to stick.

Heading into the final left bend, Groenewegen was already in perfect position to execute his winning move.