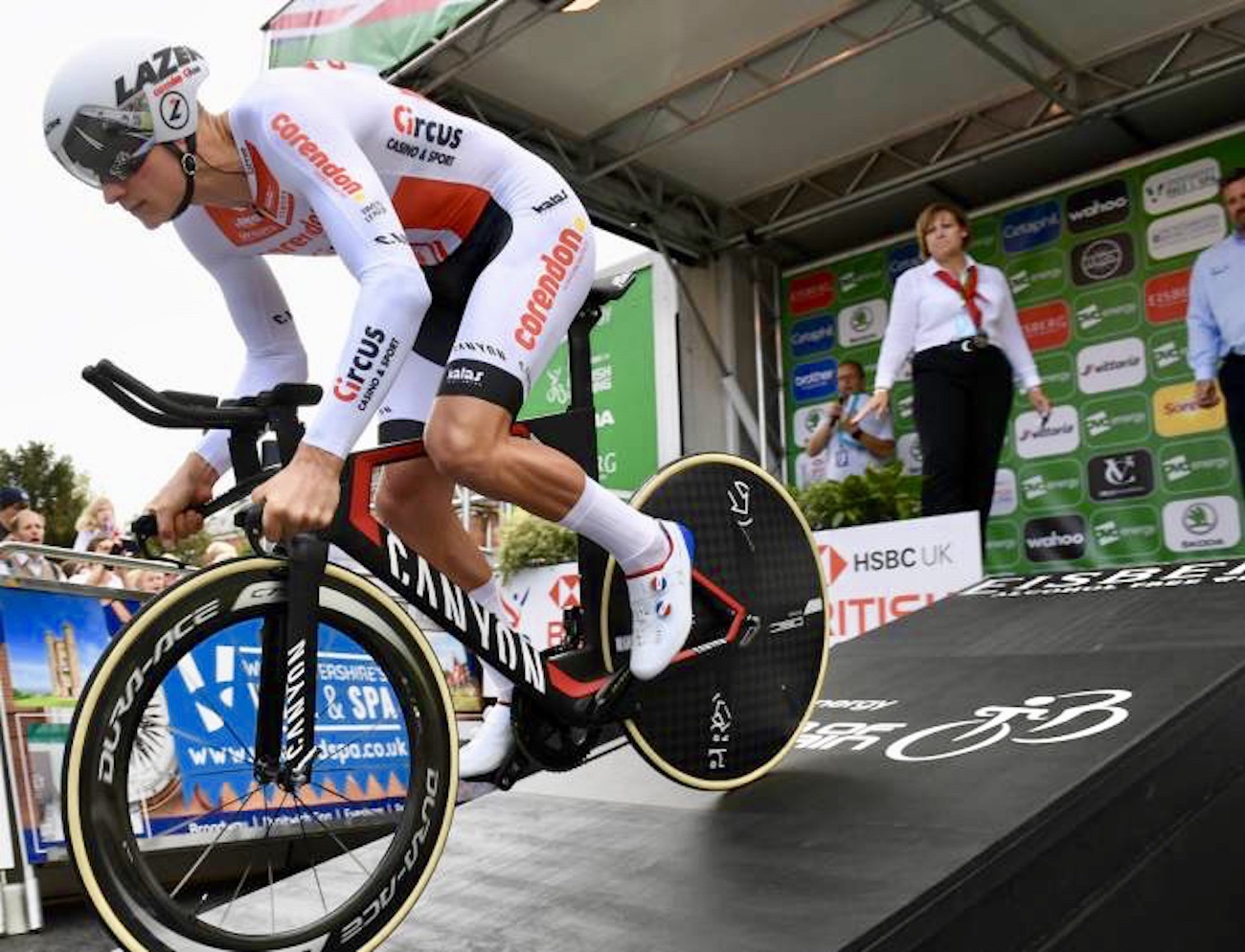 Mitchelton-Scott’s Affini set an early benchmark as the 12th rider down the ramp and held on to take the victory from Langeveld, while Dylan van Baarle (Team Ineos) finished third on the day – just fractions behind his Dutch rival.

In the meantime, Trentin battled his way down the course in an effort to maintain his lead, but faded in the latter half of the course, losing nine seconds to van der Poel.

As a result, the overall classification shifted in favor of the young Dutch rider, who pulled out a six second lead over Trentin with Pavel Sivakov (Ineos) moving into third at 24 seconds, two seconds ahead of Jasper De Buyst (Lotto Soudal).