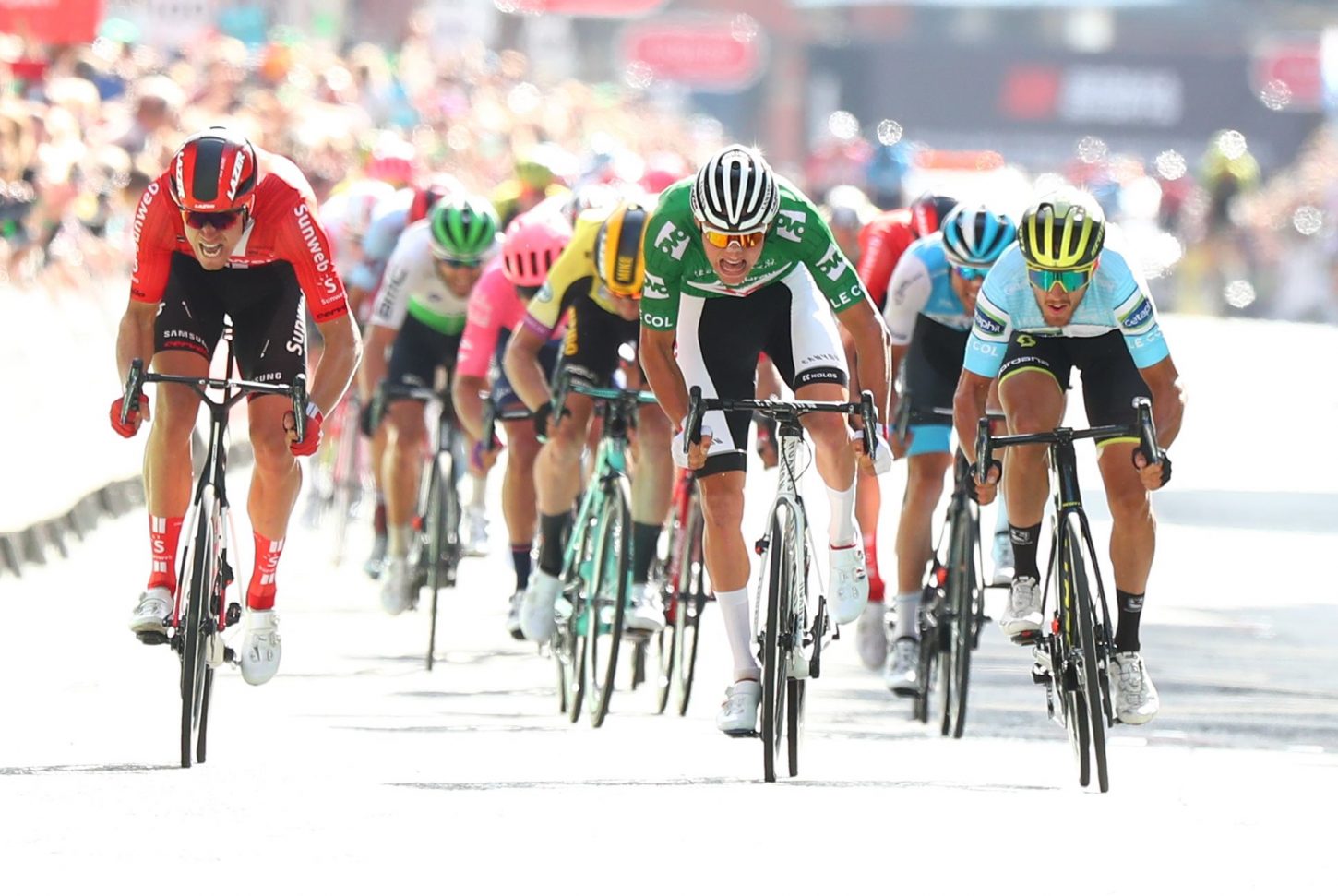 Mathieu van der Poel reiterated his billing as the hottest talent in professional cycling today, after being crowned the 2019 Tour of Britain champion in Manchester.

The 24-year-old Dutchman sealed his victory in style, sprinting to win the eighth and final stage of this year’s race after a frantic day of racing around all 10 Greater Manchester boroughs.

After 12 kilometers of racing, the British duo had opened up an advantage of nearly a three minutes over the peloton, with Emil Vinjebo (Riwal Readynez) joining them to increase the breakaway to three.

Vinjebo led the escapees over the first climb of the day at Werneth Low, putting Holmes in the virtual race lead. But, by the time Holmes took the second sprint points, their advantage had fallen to under two minutes, while Cullaigh led over the second climb at Grains Bar.

As the trio neared the first category climb of Ramsbottom Rake, their gap had been reduced to just half a minute, while Team Ineos came to the fore, looking to advance fourth place Pavel Sivakov further up the GC.

In the meantime, both van der Poel and Trentin made their way to the main group, while the escapees were caught with 90 kilometers remaining.

During the next climb, the lead group fractured again, with the 30 riders opening up a 45 second gap. Sivakov was the first to the summit of The Rake, ahead of Van der Poel, as Sivakov went solo and built up a lead of 15 seconds on the descent towards Hawkshaw.

After the Russian was reeled back in, Ineos looked to further animate the race, with Michał Golas and Gianni Moscon upping the pace.

With 65 kilometers to go, the race split again, as 10 riders including van der Poel and Trentin going off the front.

As Amador approached the final sprint of the day, he had built up a lead of 45 seconds, leaving him only 10 seconds from taking over the virtual  race lead.

In the meantime, Dries De Bondt (Corendon-Circus) sprinted to second, restricting Trentin to only the one bonus second in third place, increasing van der Poel’s chances of seizing the overall victory.

With less than 40 kilometers remaining, Amador was caught after, which saw a flurry of attacks come from riders like Nils Politt (Katusha-Alpecin).

Next to go on the offensive was Golas, Larry Warbasse (Ag2r La Mondiale) and Mark Christian (Wiggins – Le Col), eking out less than a 20-second lead during the next 20 kilometers.

With 14 kilometers to go, the trio was caught, with Mike Teunissen (Jumbo-Visma) then attacking alongside Luke Durbridge (Mitchelton-Scott), before the Australian rider latched onto Sivakov’s wheel as he came to the front.

No moves were able to stick however, as Connor Swift (Great Britain) surged forward, before Trentin attacked and found van der Poel immediately on his wheel.

Mitchelton-Scott worked hard to keep the race together during the closing kilometers, as Moscon was one of a number of riders to hit out and try to distance the bunch.

However, heading onto the finishing straight, Bol led out the sprint, with van der Poel marking his move, as the two briefly made contact, but managed to stay upright.

This caused them to slow, allowing Trentin to make a late surge, but van der Poel was first across the line by a bike through, snatching the overall victory from his Italian rival.