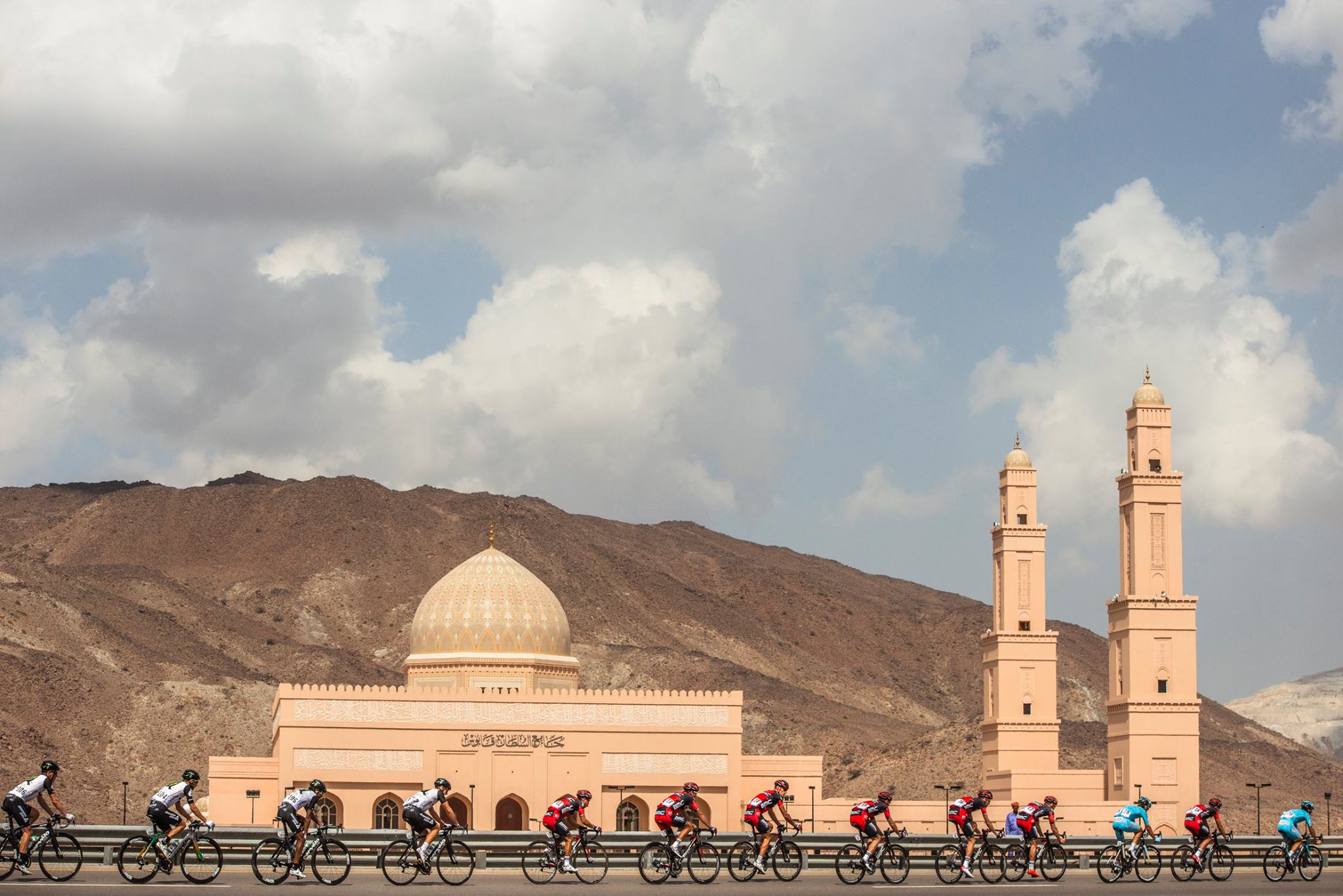 Bob Jungels (Etixx-QuickStep) claimed the opening stage of the Tour of Oman today, after the Luxembourg rider attacked during the closing 2 kilometers along the day’s final climb to commence a solo victory.

“We did the recon yesterday and I told the mechanics to put a 55-tooth on the front for the descent. I planned this attack for two days, even longer, so I’m happy with it,” Jungels said after pulling on the leader’s red jersey.

“My objective was to win a stage and I’ve done that now. Tomorrow it might be hard to defend my lead but we have Dan Martin who could be really good on Green Mountain. We’ll keep taking it day by day.”

From there, the quintet rapidly opened up a sizable advantage of six minutes over peloton – after 15 kilometers of racing.

However, as the escapees reached the 50 kilometer mark, their gap began to fall steadily, thanks to the efforts of Astana and BMC who were setting the pace back at head of the peloton.

De Vries took the maximum points during the first intermediate sprint at the 76 kilometer mark, followed by Dehaes and Vanspeybrouck. In the meantime however, their advantage over the peloton had been reduced to three minutes.

As the escapees were making their through the city of Muscat, they faced strong headwinds, which caused their lead to fall even further, to where they were holding onto just a minute gap.

Shortly thereafter, Koning and Dehaes were the first two riders to be reclaimed by the peloton during the last 30 kilometers, while the remaining three were reeled in as the race reached the lower slopes of Al Hamriyah.

Next came an attack from Pavel Kochetkov (Katusha), who managed to open a slight gap for himself, followed by Sébastien Turgot (AG2R-La Mondiale).

However, the French rider was quickly caught during the run-up to the Al Jissah climb, while Amaury Capiot (Topsport Vlaanderen-Baloise) took the points for the second intermediate sprint of the day.

As the climb ramped up to double-digit gradients during the final five kilometers, the peloton started to fracture, with Richie Porte (BMC) and Alexander Kristoff (Katusha) among the riders who got dropped.

However, as the group continued to fragment along the final climb, Jungels later saw an opportunity to attack during the descent, subsequently opening up a slight gap of six seconds – that told for the remaining two kilometers.