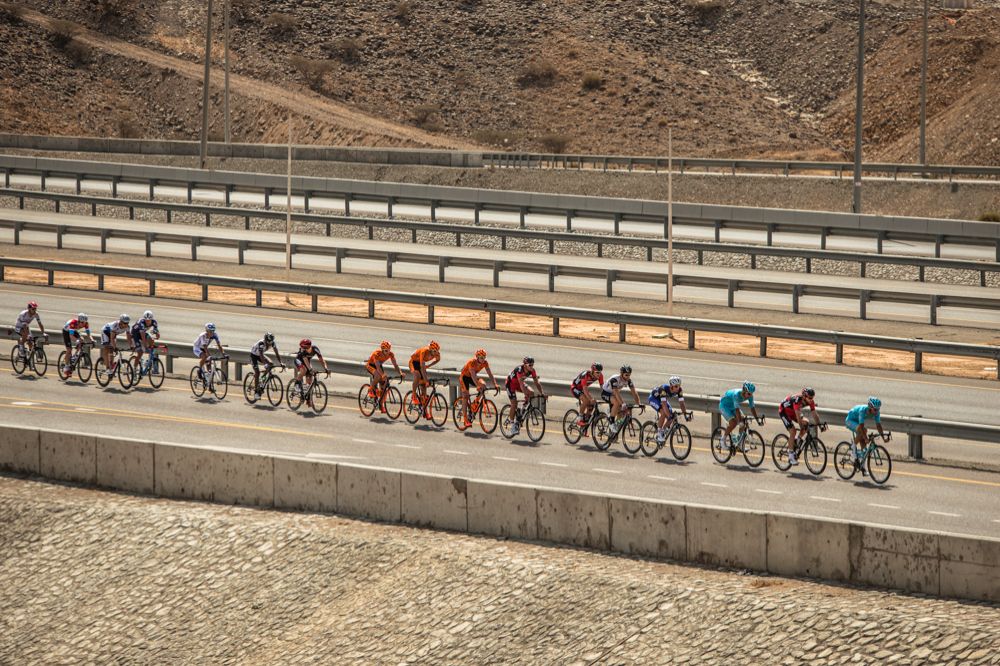 When it comes to sprint finales, it’s been hard to find better rider than Alexander Kristoff this season.

After two hard days of hilly racing in this year’s Tour of Oman, the Norwegian rider made the best of a perfectly flat course to achieve his fourth victory this season, after beating Moreno Hofland and Roy Jans on the line at Naseem Park today.

The Katusha rider, who already captured three stage wins at this month’s Tour of  Qatar, found himself perfectly positioned in the peloton, to claim the stage honors with a final surge toward the line.

Meanwhile, his compatriot Edvald Boasson Hagen, managed to retain his grip on the overall race lead.

After two demanding, hilly stages, the peloton finally had a reprieve today, with a mostly flat 176.5 kilometer route from Sawadi Beach to Naseem Garden.

Dehaes later won the first of the intermediate sprint points at the 81 kilometer mark, ahead of Van Rooy and Slik. However, at that point, their advantage over the peloton had fallen to just two minutes.

With Van Rooy refusing to cooperate with his breakaway companions, their lead continued to dwindle further.

Shortly thereafter, Van Rooy suffered a puncture, causing both him and Dehaes to fall back into the peloton, while the remaining three escapees forged ahead.

From there, Van Goethem took the points at the second intermediate sprint, as heavy rain and wind once more returned to the race.

With their advantage now down to less than a minute, Van Goethem decided to set out on his own during the last 20 kilometers. However, the Dutch rider’s heroics were short-lived, as he was eventually swept up by the peloton just as his previous breakaway companions were.

Heading into the final straight at Naseem park, the peloton was packed together, while Katusha proceeded to lead-out their man Kristoff.

Perfectly nestled in the slipstream of his team, the Norwegian rider opened up his sprint during the last few 100 meters, which served to hold-off any challenges from Hofland and Jans.

In the meantime, surrounded by his Dimension Data teammates, Boasson Hagen finished safely in the peloton, to retain his Red Leader’s Jersey, while keeping a 4 second lead over Vincenzo Nibali (Astana) and 6 seconds over Greg Van Avermaet (BMC).

He also remains in the lead of the points classification, while Patrick Konrad (BOA) keeps the White Jersey for the best young rider.

Thanks to the points he earned while in the breakaway today, Kenny Dehaes captured the Most Aggressive rider’s jersey.