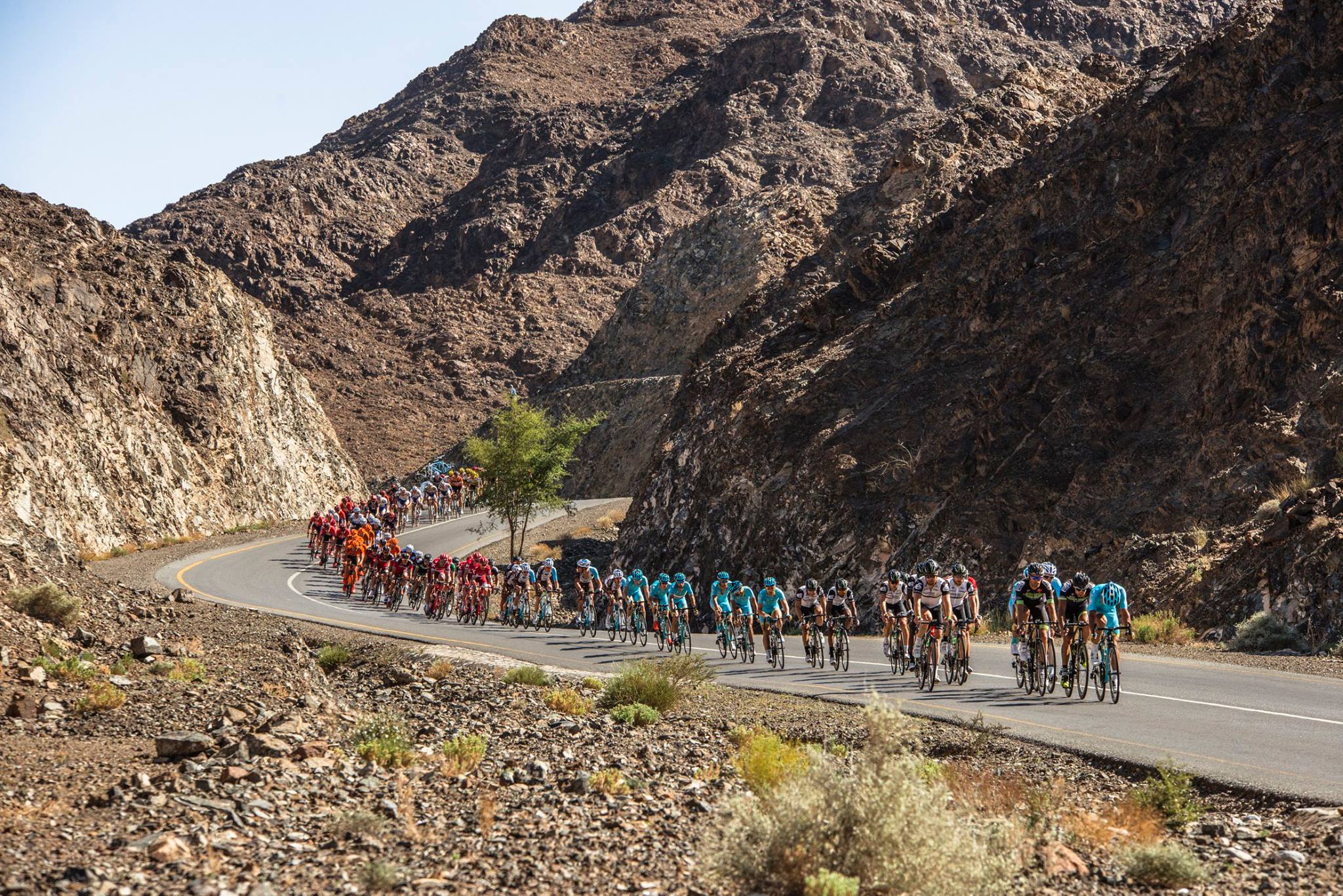 Edvald Boasson Hagen (Dimension Data) won the fifth and penultimate stage of the Tour of Oman in Muscat today, after edging out Greg Van Avermaet (BMC Racing) and Marco Canola (United Health Care) in a sprint finish, following 119.5 kilometers of racing from Sifah to the Tourism Ministry building.

Jacques Janse Van Rensburg (DDD) was the first rider of the day to go on the attack. However, after enjoying some time in the limelight alone, the South African rider was eventually joined by Hugo Houle (ALM) and Pieter Weening (ROP) at the 14 kilometer mark.

From there, the trio proceeded to build up a substantial gap over the peloton, with Van Rensbourg winning the first intermediate sprint of the day ahead of his breakaway companions.

As the escapees reached the first climb of the day at Al Jissah, their advantage had been stretched to 5:50 over the chase, with Van Rensburg once again emerging as the strongest rider at the summit.

At the 40 kilometer mark, came the second climb of the day, with Van Rensburg again beating his breakaway companions to the the top.

The next climb of the Bousher Al Amerat came at the 76 kilometer mark, with Van Rensbourg yet again claiming the summit honors. However, in the meantime, the peloton had succeeded in clawing back their lead to 4:18.

As the breakaway trio reached the penultimate climb of the day, Houle found himself in difficulty, subsequently falling off pace with his fellow escapees. However, despite several attacks from Van Rensburg, Weening managed to stay onboard, as both riders reached the top of the climb two minutes ahead of Houle, who still continued to hold a 3:38 gap over the chase.

However, Houle was eventually caught during the approach of the final climb of the day, while the leaders were still clinging to a 1:13 advantage over the peloton.

With 13 kilometers remaining, the duo was still out front. However, strong winds continued to impact their lead, as it later dwindled to just 38 seconds over the chase. And, with just 10 kilometers to go, the peloton brought the curtains down on the two remaining escapees.

From there, a group of approximately 30 riders came to form the head of the peloton, that would remain intact until the finish.

Heading into the final straight, Boasson Hagen found himself in perfect position to contest the sprint, after being lead out by his Dimension Data teammates.

Indeed, the Norwegian rider once again proved unstoppable, as he powered his way to the finish ahead of Van Avermaet (BMC) by a little more than a bike length, while Canola managed to nix Simone Ponzi (CCC Sprandi) on the line to claim third spot on the podium.

Meanwhile, after finishing comfortably in the front group, Vincenzo Nibali kept command over the race lead with a 15 second gap over Bardet.

Tomorrow’s final stage, will take the peloton along a 130.5 kilometer route from The Wave Muscat to the Matrah Corniche.