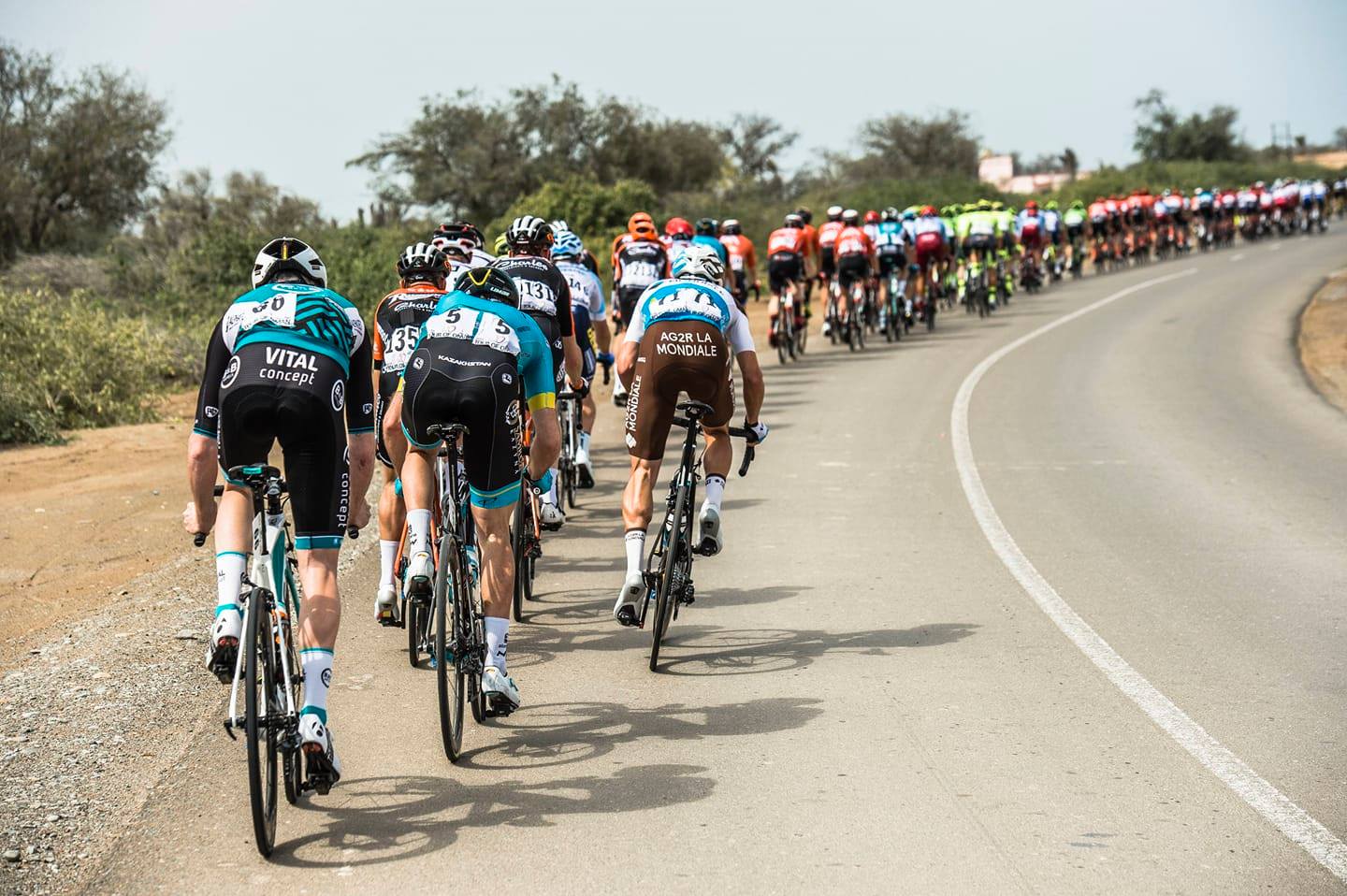 Alexey Lutsenko (Astana) claimed his first victory of the season in stage 2 of the Tour of Oman today.

The Kazakh champion, who won the race overall in 2018, attacked in the final climb of the day and soloed to victory during the final five kilometers to Al Bustan

“It’s a really good victory for me and my team,” Lutsenko said after the stage.

“Last year I was third on this stage, and this year I won it, so I’m really happy. I attacked on the final climb, and then just went fast the last 5km. I looked around 2km from the finish line and had a little bit more motivation from my sports directors.”

From there, van Hecke pushed hard to claim the first KOM point ahead of Lionel Taminiaux and Aritz Bagües, as the escapee’s lead grew to 4:30 at the 90 kilometer mark.

Van Hecke accelerated again along the climb of Al Jabal Street, while Taminiaux dropped back into the main field.

Heading into the last 50 kilometers, the breakaway group was still holding onto a 1:25 advantage, as van Hecke attacked again on the  penultimate climb at Al Hamriyah.

Back in the peloton, CCC was hard at work pushing the pace, which saw the leader’s gap fall to just 25 seconds at the summit.

Van Hecke was eventually reeled in with 16 kilometers to go, with Lutsenko executing his winning move along the final climb in Al Jissah, while  Elie Gesbert (Arkéa-Samsic) and Domenico Pozzovivo (Bahrain-Merida) tried to follow.

Greg Van Avermaet attempted a final counter-attack along the descent to no avail. But, the UAE Team Emirates’ rider managed to win the sprint for second ahead of Gibbons, who earned himself the Best Young Rider classification.

Kristoff now leads the Tour of Oman with a three-second margin over Lutsenko.