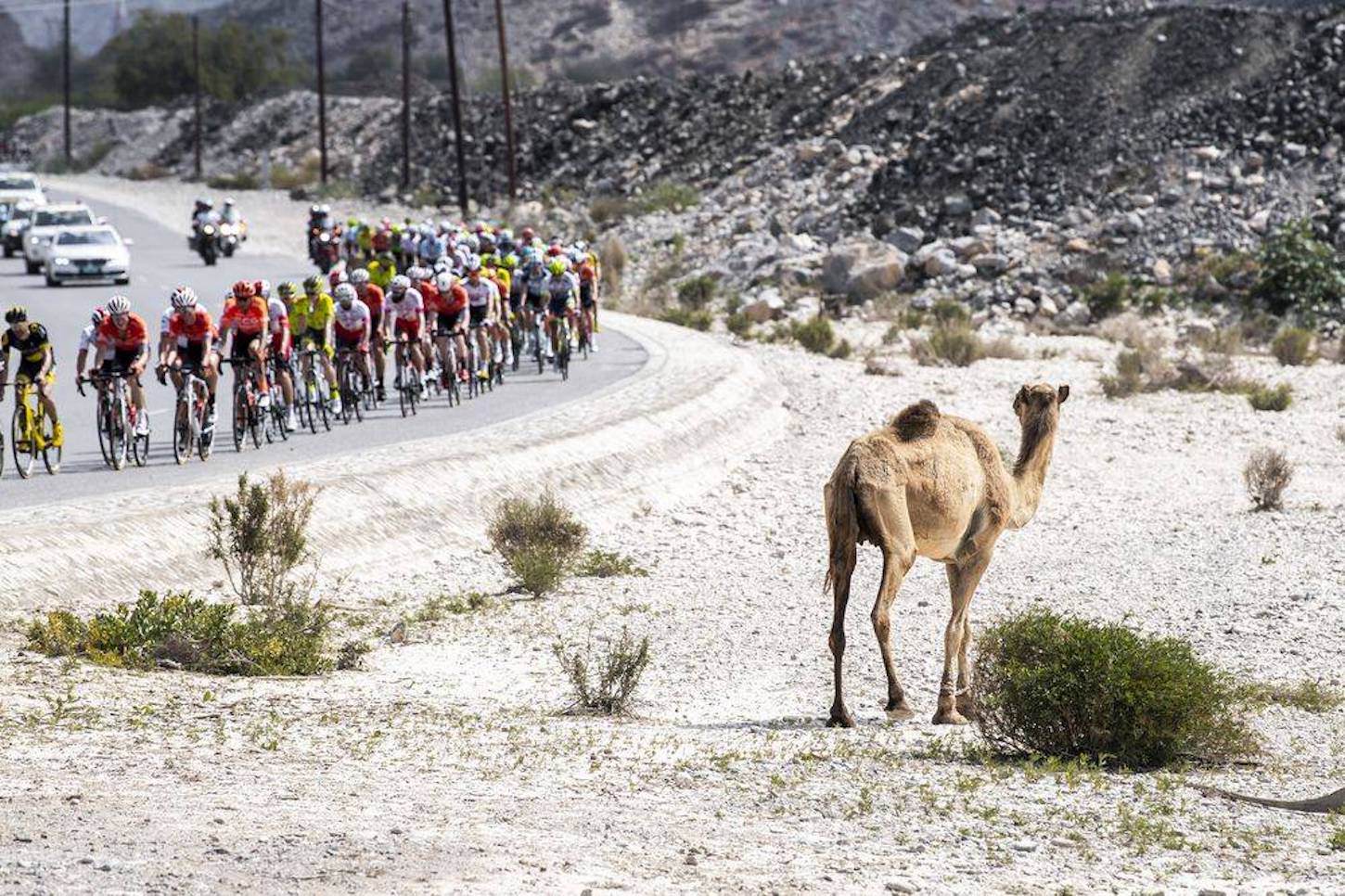 Sonny Colbrelli (Bahrain-Merida) claimed stage 4 of the Tour of Oman today, snatching his first win of the season ahead of Greg Van Avermaet (CCC Pro Team) and Clément Venturini (AG2R-La Mondiale) after the early attackers were caught by a reduced peloton inside the final kilometer.

Meanwhile, Alexey Lutsenko (Astana) maintained his grip on the overall race lead on the eve of the Queen stage, which features a summit finish in Green Mountain tomorrow.

The trio was later joined by Damien Gaudin (Direct Énergie) and Jérémy Leveau (Delko Marseille Provence) just ahead of the first intermediate sprint, which was won by Boswell.

The American rider also claimed the KOM points atop the climbs of Al Jissah and Al Wadi Al Kabir.

In the meantime, Lutsenko’s Astana team was busy setting the pace back in the peloton, keeping the escapee’s advantage to a controllable 3:30, while Boswell proceeded to takes the KOM points atop all three ascents of Al Jabal Street.

Unfortunately, both Leveau and Gaudin were dropped during the climbs.

Back in the peloton, Van Avermaet’s CCC team lead the main field up the climbs, subsequently reducing the leader’s gap to under a minute with 23 kilometers remaining.

Despite a valiant effort on the part of the lead trio, they were finally caught inside the last kilometer, with Colbrelli storming to victory in a sprint finale.