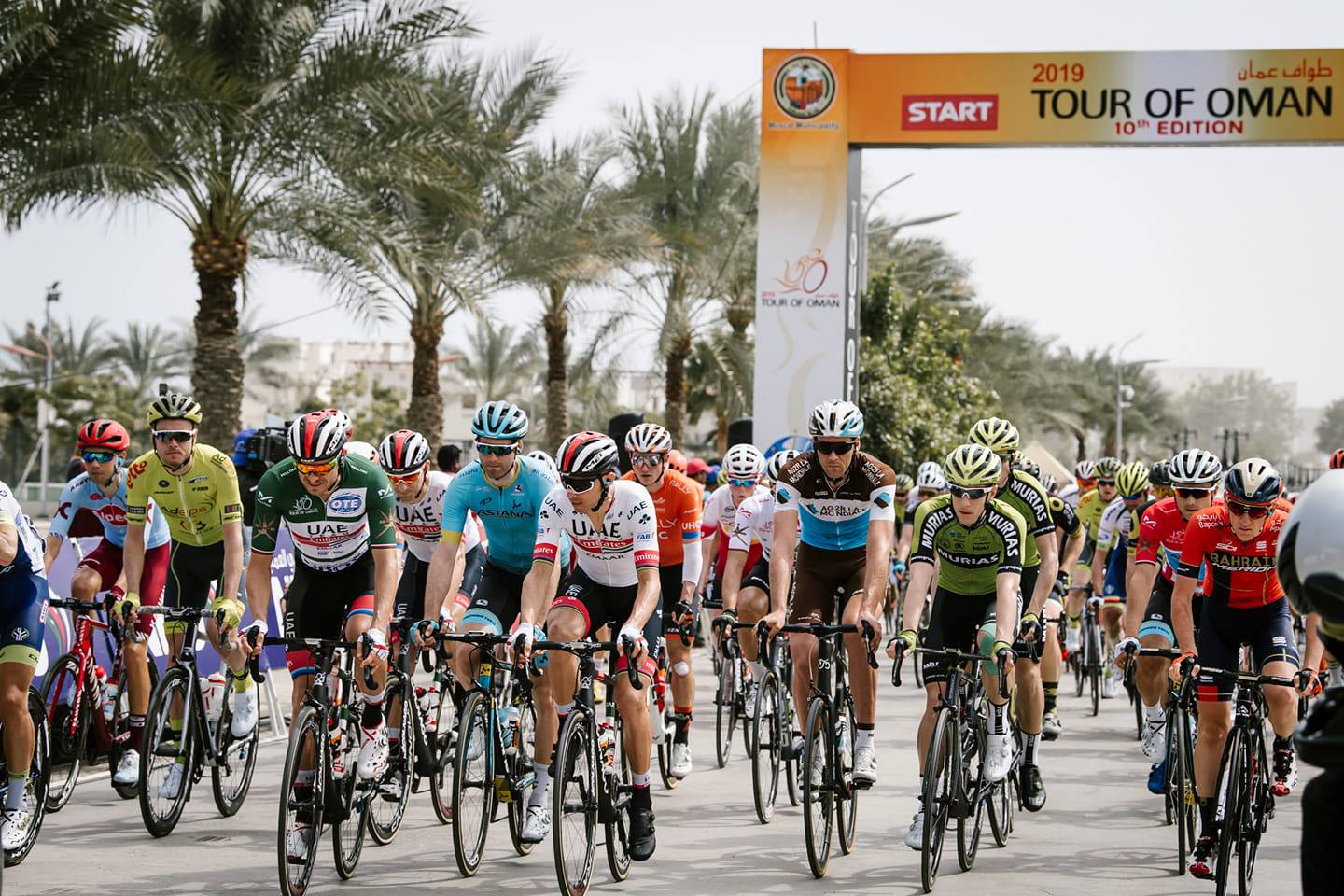 The Kazakh champion overcame the last early attacker, Fabien Grellier (Direct Énergie), during the closing 200 meters to seize the stage honors, while Domenico Pozzovivo (Bahrain-Merida) rounded out the podium in third.

Today’s victory further solidified Lutsenko’s likelihood of clenching the overall title ahead of tomorrow’s final stage that finishes at the Matrah Corniche.

From there, the escapee’s went on to establish an advantage of 5 minutes over the peloton, while Team Astana kept a watchful eye on the group.

Half-way through the stage, the leaders succeeded in increasing their gap to 6 minutes, while Bahrain-Merida took over the pace setting duties in the peloton.

When the lead group reached the base of the final climb, they were still holding onto a margin of 3:20, when Grellier decided to attack his fellow breakaway companions.

With 2 kilometers left until the summit, Lutsenko attacked from within the chase group, taking Pozzovivo with him.

The duo eventually caught Grellier during the closing few hundred meters, where Lutsenko commenced his winning move that brought the  Astana rider one step closer to securing the overall title.