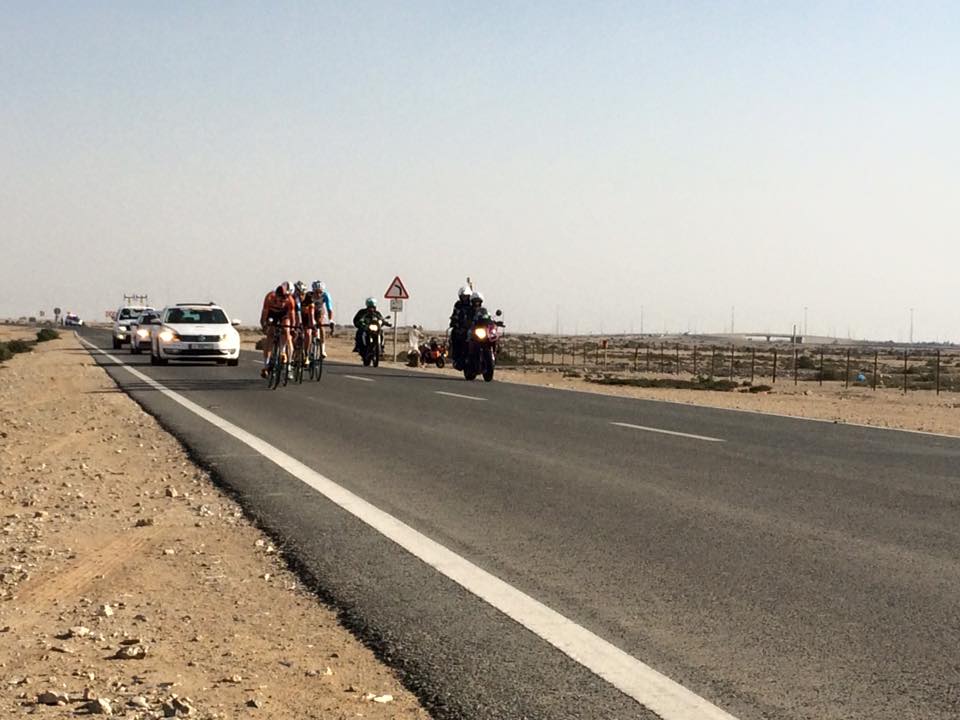 Alexander Kristoff claimed stage 4 of the Tour of Qatar today, after receiving a perfect leadout from his team to seize the sprint ahead of Greg Van Avermaet (BMC), while his teammate, Jacopo Guarnieri, took third, along with the final time bonus.

Unfortunately for race leader Edvald Boasson Hagen (Dimension Data), he suffered a puncture during the final 10 kilometers, causing the Norwegian rider to lose contact with the lead group.

As a result, Boasson Hagen lost 45 seconds and the race lead to Mark Cavendish (Dimension Data), who finished in fifth place today.

“The team did a really good job in the final kilometre, putting me with really good speed into the sprint,” said Kristoff in a post-race interview. “For me it was just to finish it off and keep the other guys behind me. I knew Cavendish was there but I think he was stuck a bit behind so it went perfectly for our team.

“It [the general classification] will be decided tomorrow. Cavendish is leading the race and he is not a slow man, so if it comes down to bonus seconds I think, if he’s not unlucky, he will protect his lead, but it is quite open.”

At 189 kilometers, today’s stage marked the longest in this year’s Tour of Qatar.

The day’s first real breakaway didn’t occur until after 30 kilometers of racing, where a group of 11 riders managed to ride clear. However, as a result of moderate winds, a determined peloton was eventually able to reel the escapees back in at around the 100 kilometer mark.

From there, the peloton split again, this time seeing a small group containing Preben Van Hecke (Topsport Vlaanderen), Patrick Gretsch (AG2R-La Mondiale), Mark McNally (Wanty-Groupe Gobert) and Jesper Asselman (Roompot), managing to get away and subsequently build up an advantage of almost 2 minutes over the chase.

Gretsch lead the group through the second intermediate sprint, while the peloton continued to close in under the auspices of Dimension Data.

As the race reached the final 25 kilometers, the escapees were still clinging to a one minute lead. But, their time out front was quickly brought  to close, as the quartet was soon caught by the peloton.

Shortly thereafter, a crash briefly disrupted the peloton, claiming Thomas Koep (Stölting Service Group), who went down hard. Nevertheless, the field was able to reestablish its composure in short-order.

With eight kilometers to go, disaster struck Boasson Hagen, who suffered a flat tire, which quickly resulted in the race leader being set to the back of peloton. And, despite a fast bike change, and help from his teammates, the Dimension Data rider was unable to regain contact with the lead group.

Coming into the final kilometers, BMC and Katusha were vying for the lead, while an isolated Cavendish rode in their slipstream.

Heading into the final kilometer, Katusha had succeeded in both moving Kristoff up to the front, while simultaneously pushing BMC off to the side.

Meanwhile, Cavendish tried to match Katusha’s acceleration, as did Van Avermaet, but neither rider could get on terms with Kristoff, as the Norwegian rider succeeded in powering his way to yet another stage victory.