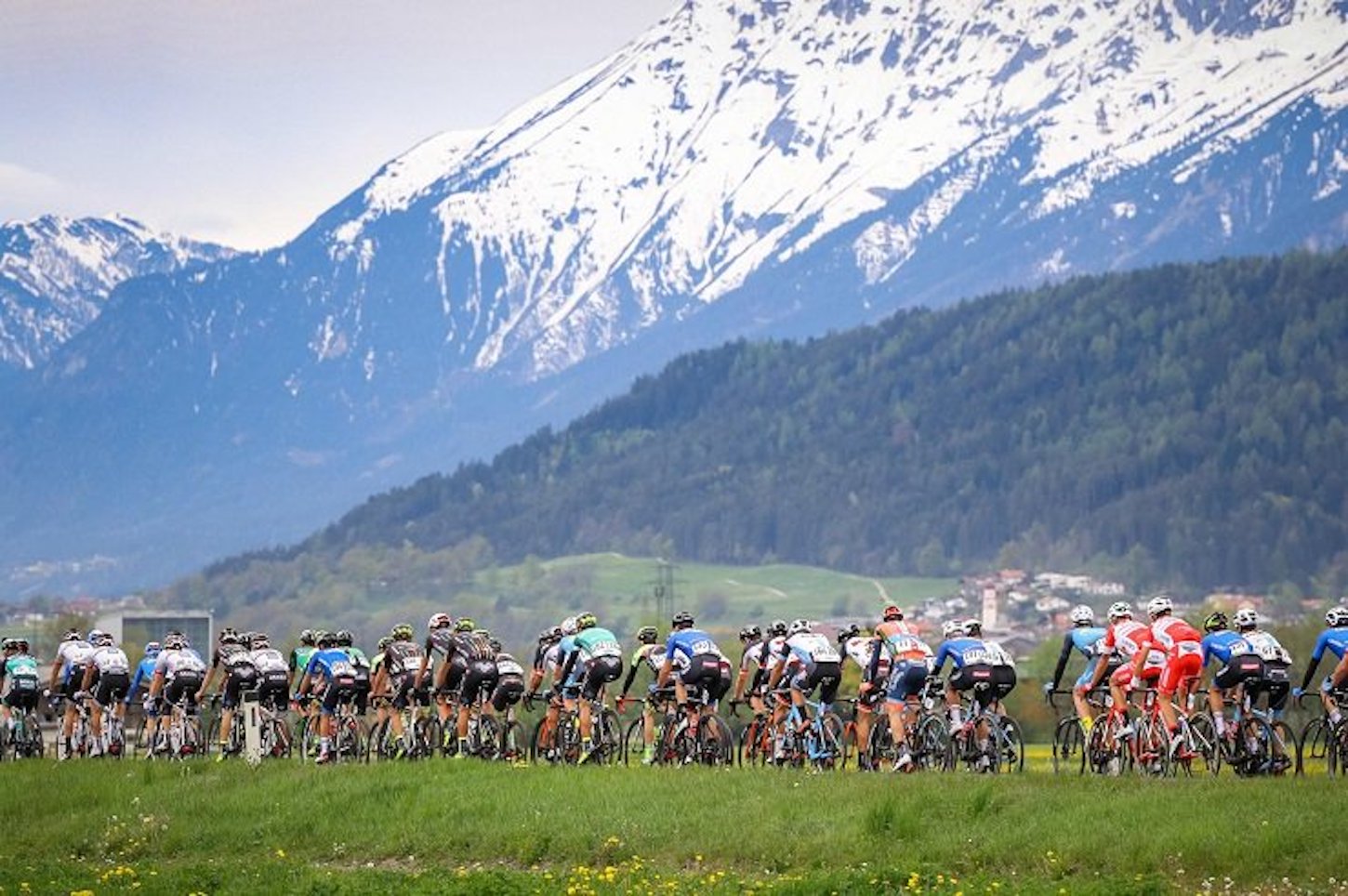 Fausto Masnada (Androni-Sidermec) claimed stage 3 in the Tour of the Alps today, after the Italian rider rode clear of a lead group of elite riders during the waning moments of the race to seize a solo victory at Baselga di Piné.

In the meantime, Tao Geoghegan Hart (Team Sky) won the sprint for second place ahead of Rafal Majka (Bora-Hansgrohe) and Vincenzo Nibali (Bahrain-Merida), while his teammate Pavel Sivakov maintained his lead in the overall classification.

Elsie Gebsert (Arkea-Samsic) was the last survivor of the day’s early breakaway, but he was caught after Majka and Nibali attacked from the lead group along the final climb.

A high pace set by Chris Froome (Team Sky) in defense of his teammate Sivakov, served to reduce the lead group to just seven riders as they crested the top of the climb.

Masnada, who had been dropped from the group, succeeded in clawing his way back up to the front as the road flattened out.

From there, the young Italian rider attacked with 1500 meters remaining, quickly opening up a gap that would hold until the finish.

In the overall standings, Sivakov retains an 8-second lead over Jan Hirt (Astana), while Mattia Cattaneo (Androni-Sidermec) lies in third at 23 seconds back.

Once the day’s breakaway group began to fragment along the Lago di Santa Colomba, Gesbert became the chief protagonist, attacking 3 kilometers from the summit, bringing Carlos Quintero (Manzana Postobon) and Antonio Nibali (Bahrain-Merida) with him.

Antonio Nibali initiated a brief attack, which was quickly countered by Gesbert. But, the group reformed along the descent, with Gesbert and Fernando Barcelo (Euskadi-Murias) slipping away with 15 kilometers to go.

Gesbert later dropped Barcelo with 8 kilometers remaining, but an aggressive pursuit by peloton brought his efforts to a halt with 6 kilometers left.

Majka and Vincenzo Nibali attacked from there, but the duo failed to ride clear on the ascent to Montagnaga.

Meanwhile, Masnada fought his way back into contention as the gradient eased, seizing the moment to attack with the finish in sight.