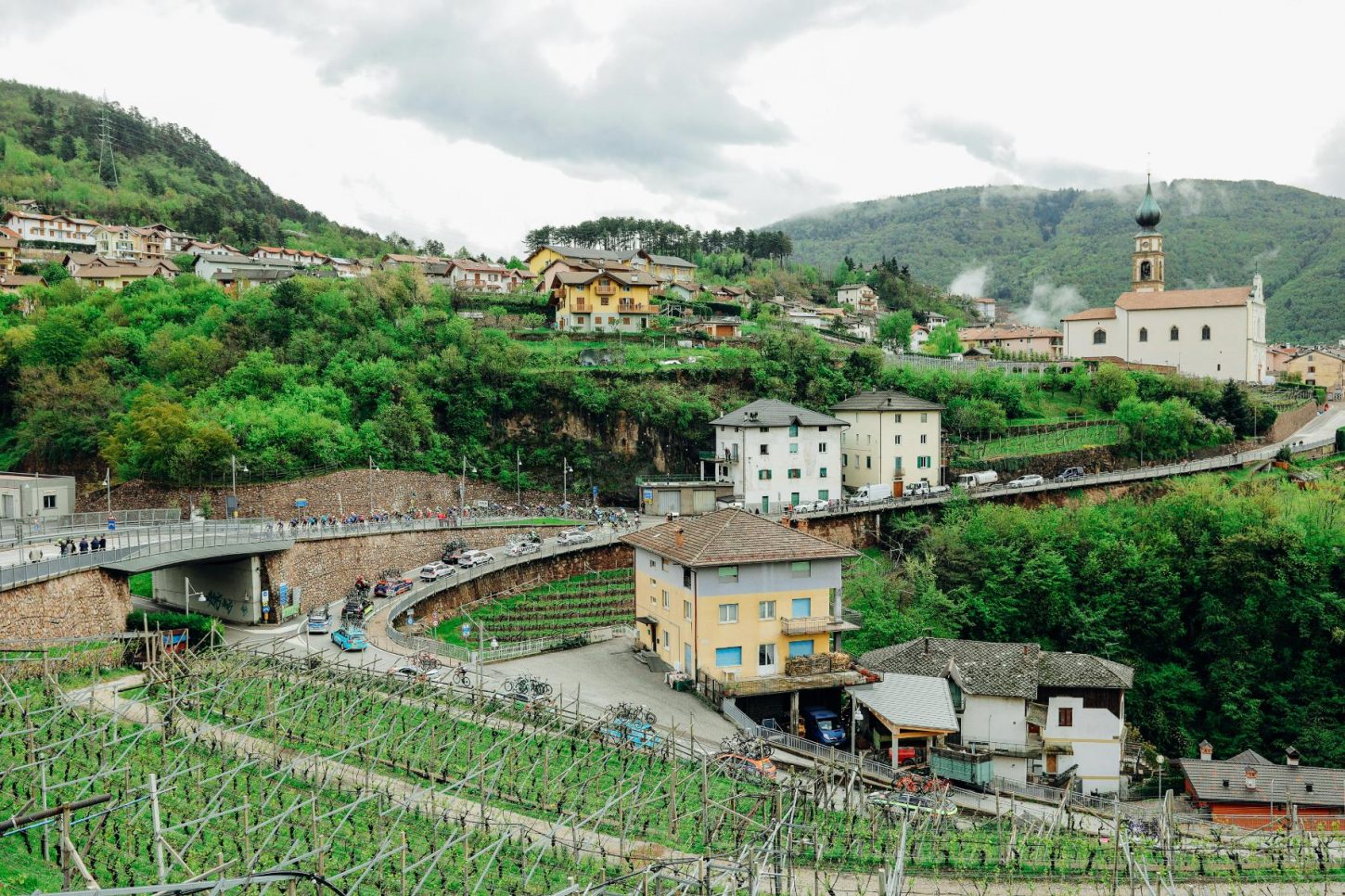 Fausto Masnada (Androni-Sidermec) won the 5th and final stage of the Tour of the Alps today, after fending-off another series of attacks from Vincenzo Nibali (Bahrain-Merida) along the final climb to San Genesio.

Upon reaching the climb to Collalbo, the escapees had established a three minute advantage over the peloton, only to see their gap swell along the rain-soaked ascent to 6:40 by the summit.

At one point, Masnada, who started the day just 3:37 off of Sivakov’s lead, found himself the virtual race leader, while the breakaway group’s gap continued to stretch out beyond seven minutes along the other side of the climb.

In the meantime, a crash in the peloton saw three Bora-Hansgrohe riders hit the tarmac on the descent of Collalbo, including Rafal Majka. But, the Polish rider was able to rejoin the chase group before losing contact during the final hour due to injury.

Back up front, the lead group began to fragment on the final ascent to San Genesio, with Masnada riding clear in the company of Carlos Quintero.

Meanwhile, Chris Froome (Team Sky) led the chase on behalf of Sivakov, who was visibility exhausted.

Up front, Masnada and Quintero were still holding onto a lead of almost five minutes, as they crested the summit of San Genesio with 34 kilometer still to go.

The climbing continued from there, taking riders over a series of steep ramps on the Altopiano del Salto before the final drop into Bolzano.

Back in the chase, a tired Froome relinquished the pace-setting duties to Geoghegan Hart, who continued setting the tempo in defense of Sivakov.

Sensing Team Sky was sapped of energy, Nibali seized upon the opportunity to try and distance his Russian rival with a series of stinging attacks. But, Sivakov managed to respond each time, while a fast descent also served to bring Masnada’s lead back under control.

Back at the front, Quintero suffered a mechanical problem, but managed to get back on terms with Masnada.

Realizing the overall victory now out of his reach, Masnada switched his attention to winning the stage victory, duly attacking Quintero with just over 1500 meters to claim the honors by 7 seconds.

Simone Velasco and Cataldo led the remnants of the breakaway group across the finish a minute and a half later, while Sivakov, Nibali and Geoghegan Hart all came home together a little more than 30 seconds later, ensuring the top two positions on the final podium fo the young Sky riders.