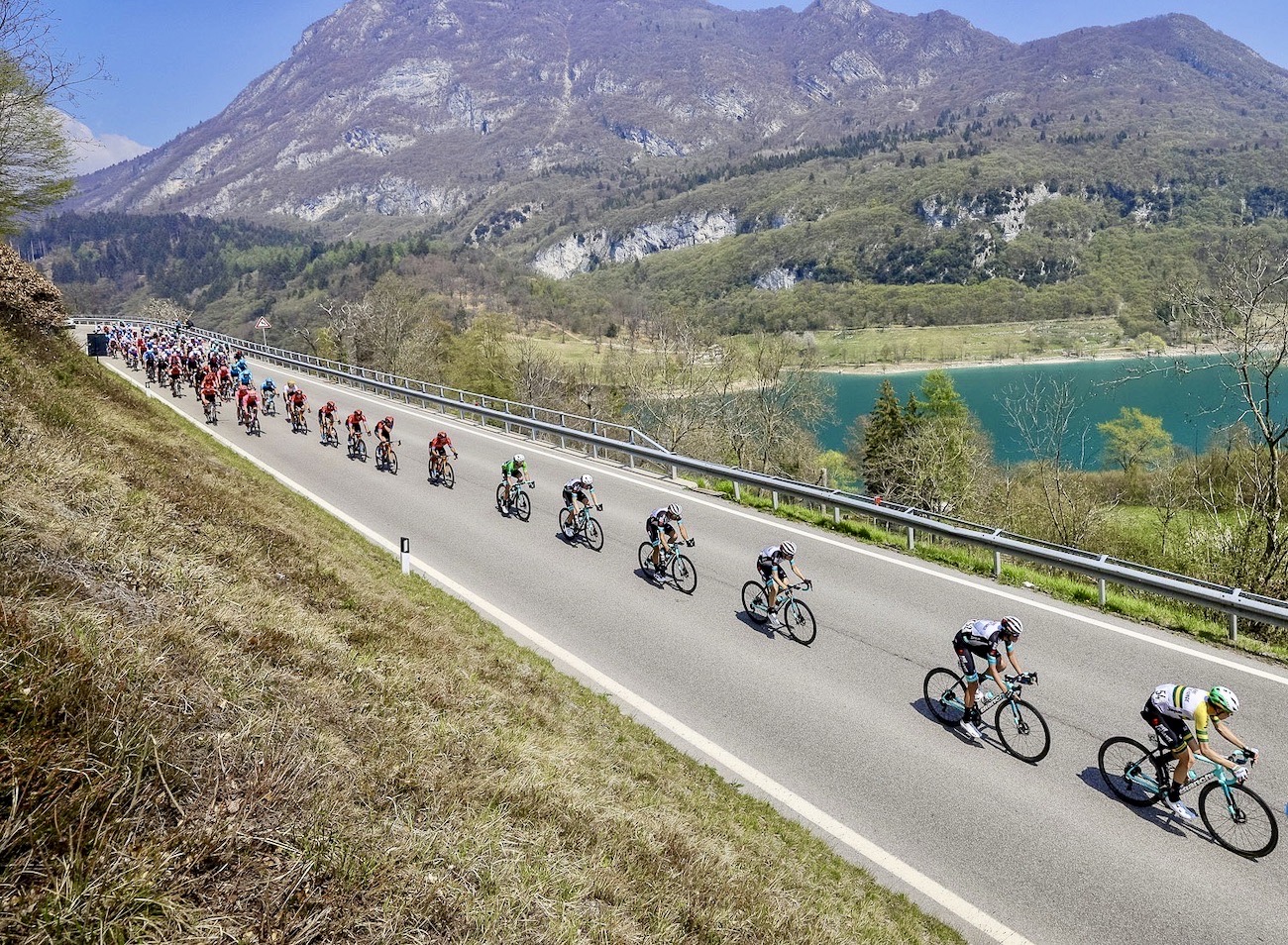 Felix Grossschartner (Bora-Hansgrohe) won the final stage of the Tour of the Alps today, taking a solo victory 40-seconds ahead of his closest rival.

Grossschartner was part of a sizable breakaway group that made its way over the final passing of the Lago di Tenno, with the Austrian rider attacking along the early slopes of the climb.

From there, Grossschartner continued to increase his lead, especially along the 10 kilometer descent, later crossing the finish in Riva del Garda with his arm in the air in celebration.

Nicolas Roche (DSM) and Alessandro De Marchi (Israel Start-Up Nation) tried to hold off the chase to take the podium spots on the stage with Roche managing to out-sprint De Marchi.