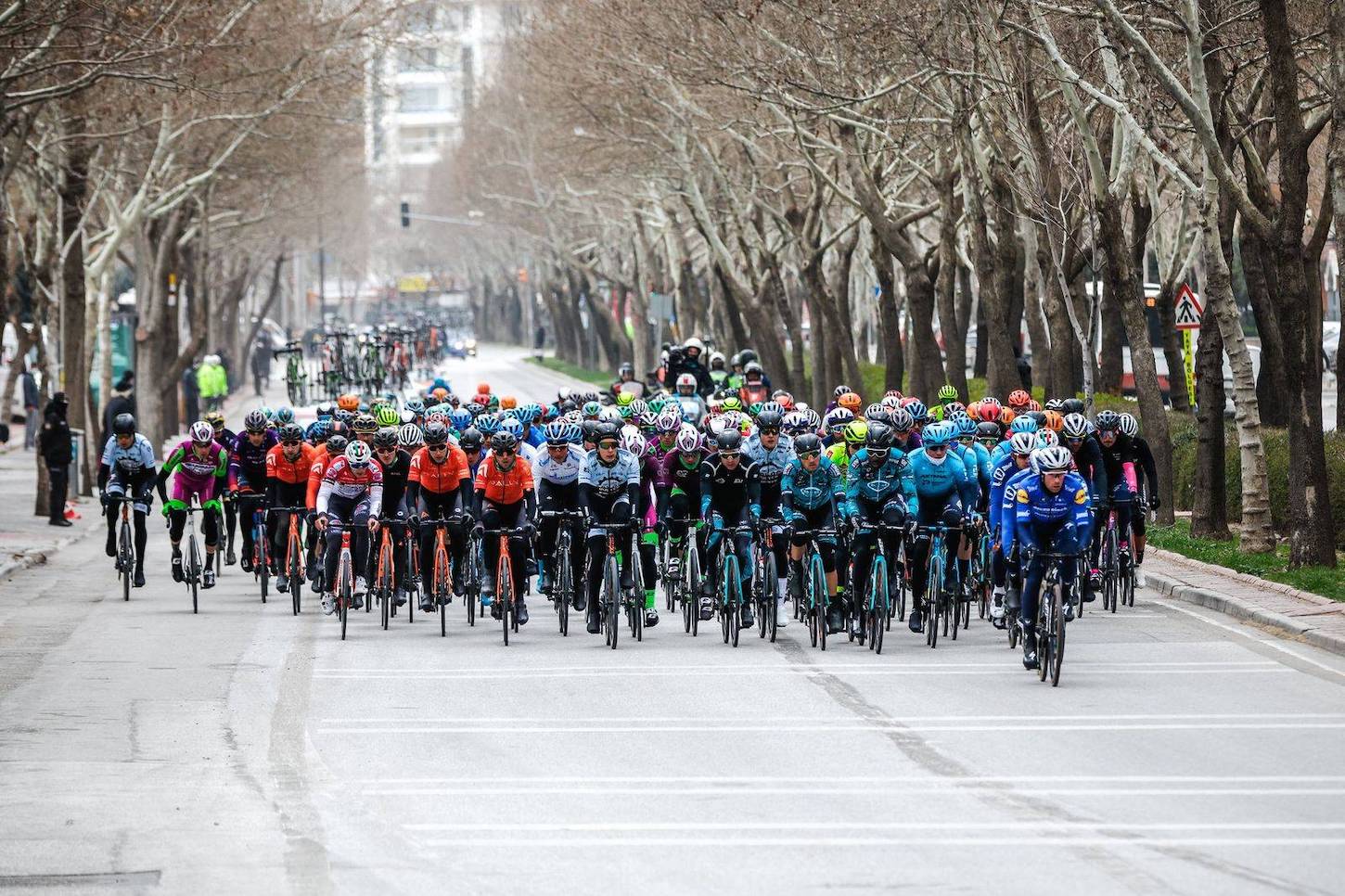 Arvid de Kleijn won the opening stage of the Tour of Turkey, edging out Kristoffer Halvorsen in a sprint finish.

The Rally Cycling and Uno-X riders were neck-and-neck into the final corner in Konya, requiring a photo finish in order to determine De Kleijn as the winner.

He now leads the race with a four-second lead over Halvorsen thanks to time bonuses.

The race was a tight one with few attacks in the early stages as the riders adapted to the near freezing temperatures in Konya.

Uno-X and Deceuninck-QuickStep looked set for a win, but a crash two kilometers from the end shuffled the peloton, with Halvorsen and De Kleijn emerging ahead of the pack.

Halvorsen took the lead, but De Kleijn made his way up alongside before pushing in front to snatch the race win.

Meanwhile, Pierre Barbier of Delko finished third, with Britain’s Mark Cavendish of Deceuninck-Quickstep fighting his way to the front to finish fourth.