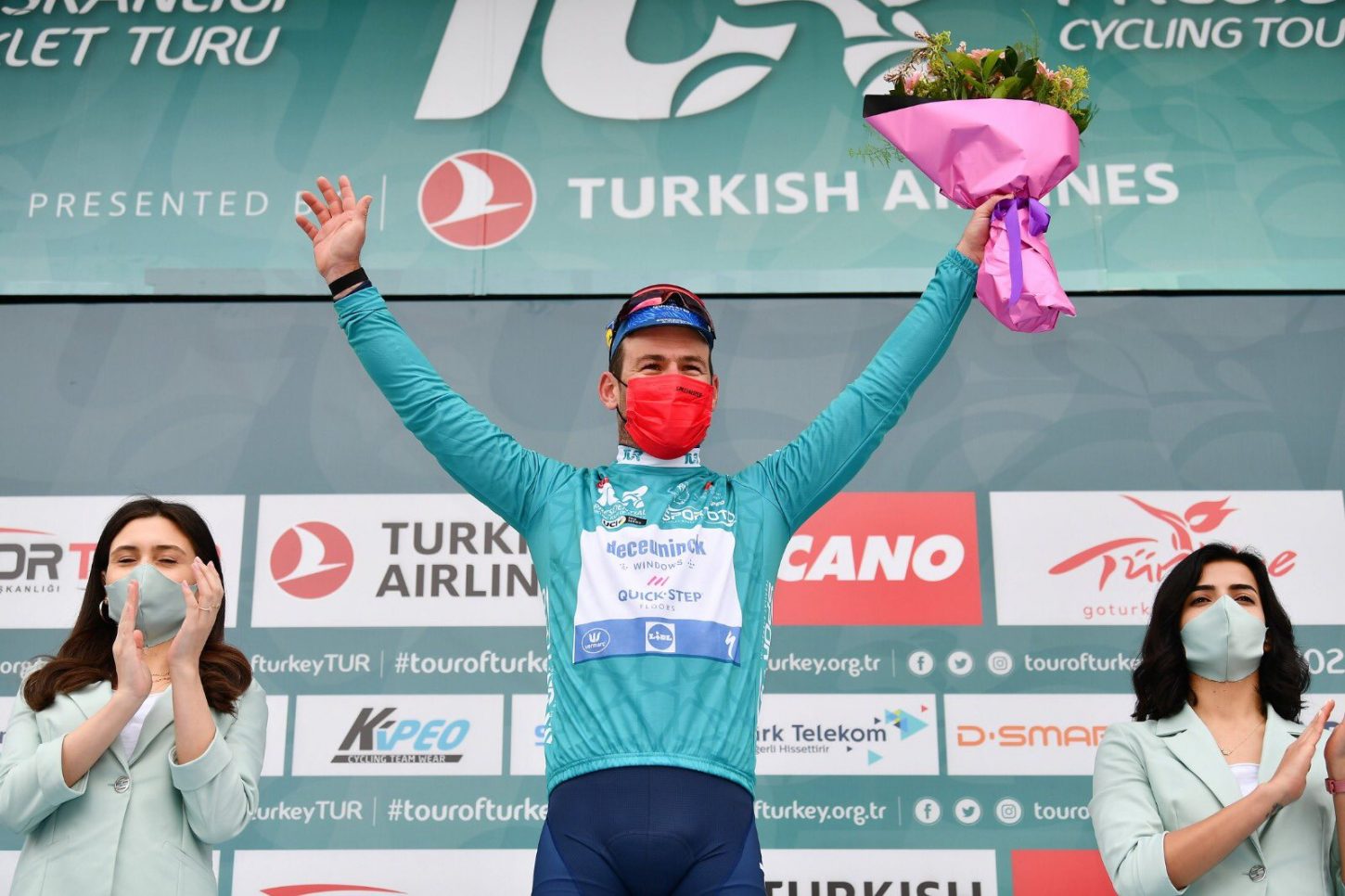 This year’s Tour of Turkey might as well be called the Tour of Cavendish, as the Deceuninck-QuickStep rider scored his third consecutive stage victory today, once again beating Alpecin-Fenix sprinter Jasper Philipsen, surging past his Dutch rival during the closing 50 meters to extend his race lead after a chaotic, slightly uphill, finish.

Alpecin-Fenix was controlling the pace during the last kilometer, but Philipsen found himself without a lead-out with under 300 meters to go.

Moments later, Cavendish launched his sprint with around 200 meters remaining, quickly closing the gap to Philipsen, and powering past him during the final meters to seize the stage honors.

“It’s nice,” Cavendish said after the stage. “It’s irrelevant how many wins are in a row, it’s just nice to win again. It’s nice that the team believe in me.

“The most special thing about today is to see how far into the stage Fabio [Jakobsen] got. I know that’s not nice for him to see the crash in the final. After the finish he was a bit shook up, but seeing him in and about in the sprint, really close, the pride inside me, I knew I had to finish it off.”

However, the escapees were eventually reined with 23 kilometers to go, with the Deceuninck-QuickStep coming to the fore along with Rally, B&B Hotels p/b KTM and Burgos-BH during the final kilometers.

B&B Hotels, ISN and Deceuninck-QuickStep led the way into the final kilometer, along with Alpecin-Fenix.

But, the rival teams could do little to prevent Cavendish and Deceuninck-QuickStep coming out on top once again, especially Philipsen who was forced to launch a long-range sprint after being deposited at the front too early with no assistance from his team.