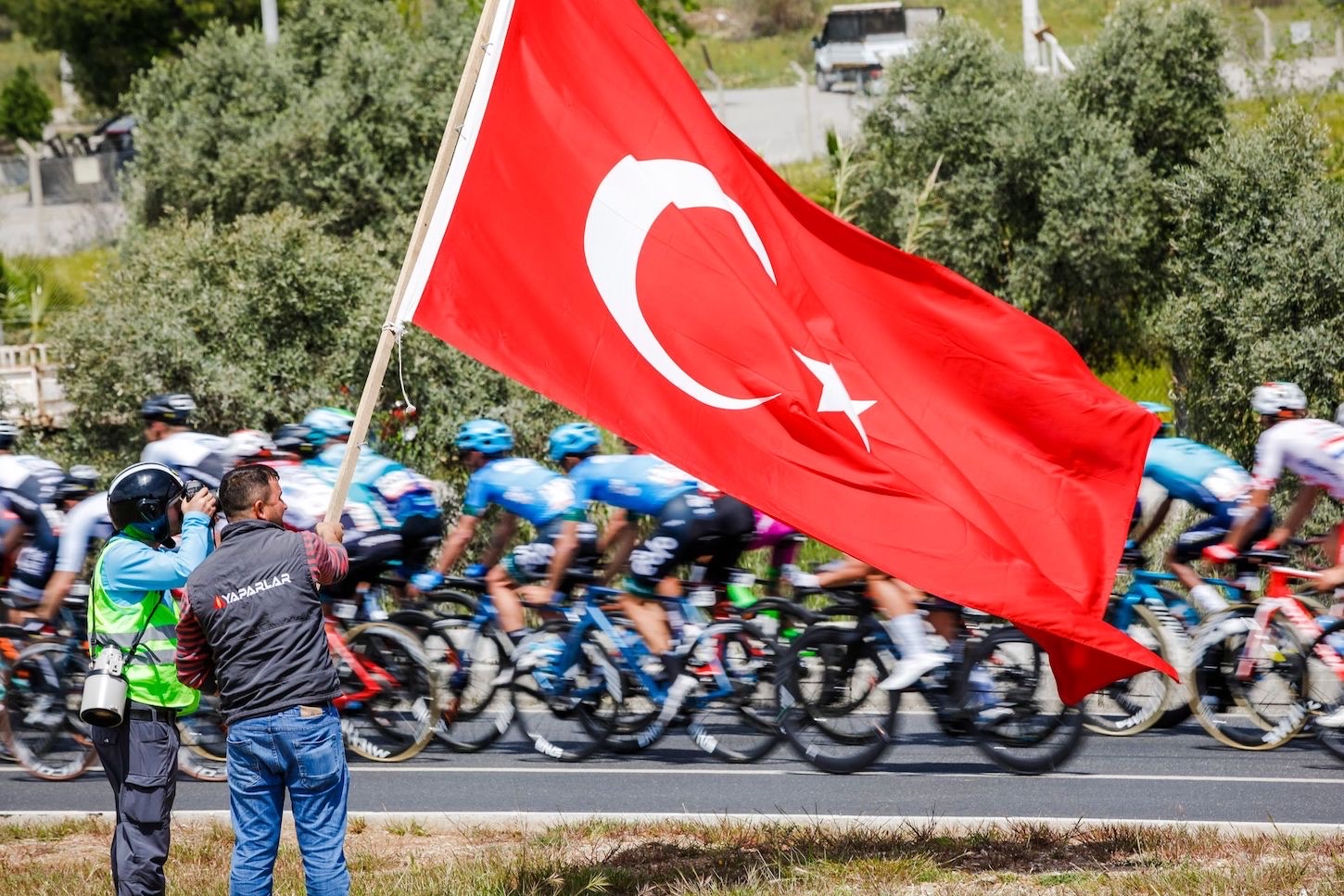 After being runner-up in three previous stages, Jasper Philipsen (Alpecin-Fenix) finally claimed victory in stage 6 of the Tour of Turkey today, beating André Greipel (Israel Start-Up Nation) by mere centimeters in a sprint finish in Marmaris – despite a last minute mechanical problem.

Greipel’s ISN squad took control during the final kilometer, dropping their sprinter off with 150 meters to go, while Philipsen and Stanisław Aniołkowski (Bingoal-Pauwels Sauces-Wallonie Bruxelles) were keen to mark the German rider’s acceleration.

Ultimately, Greipel couldn’t hold his pace all the way to the line, with Philipsen edging past him as Halvorsen moved from the Belgian’s slipstream into third down the barriers.

“It was really disappointed with the three second places so I knew the victory was really close. Everything had to fall in a good place with no mistakes in the sprint, so I’m really happy,” Philipsen said after the stage.

“We had to change the tactics a little bit. We lost three guys, so I didn’t have a full lead-out train and I had to use the other teams a little bit. In the last five kilometers, my chain fell off my rear derailleur, so it wasn’t on the wheel, so I had to push a lot more watts to keep the speed going.”

“I was almost sure I was never going to win the sprint. I followed the good wheels and then I could sprint a little bit. I’m happy that Greipel opened up otherwise it would have been impossible.

“I’m just really happy with this victory. It was also a real team effort. To win a stage here, this week is a good one. Let’s hope that we make it an even better week at the next race.”

From there, the group remained together until the final climb with 25 kilometers to go, with Slik being the first to drop back into the peloton, while the remaining quartet was reeled in 12 kilometers later.

It wasn’t long before a fury of attacks from within the peloton ensued, however, no rider was able to open up an advantage along the ascent.

A speedy descent  followed, with a number of sprinters surviving the final climb, while a vigilant Deceuninck-QuickStep, B&B Hotels and Israel Start-Up Nation were instrumental in shutting down any attacks during the last 5 kilometers.

The same three teams remained in charge under the flamme rouge, with Greipel being the first to launch his sprint with 150 meters to go.

But, it was Philipsen who proved to be the strongest finisher, coming from the German’s wheel during the closing few meters to seize the stage honors.