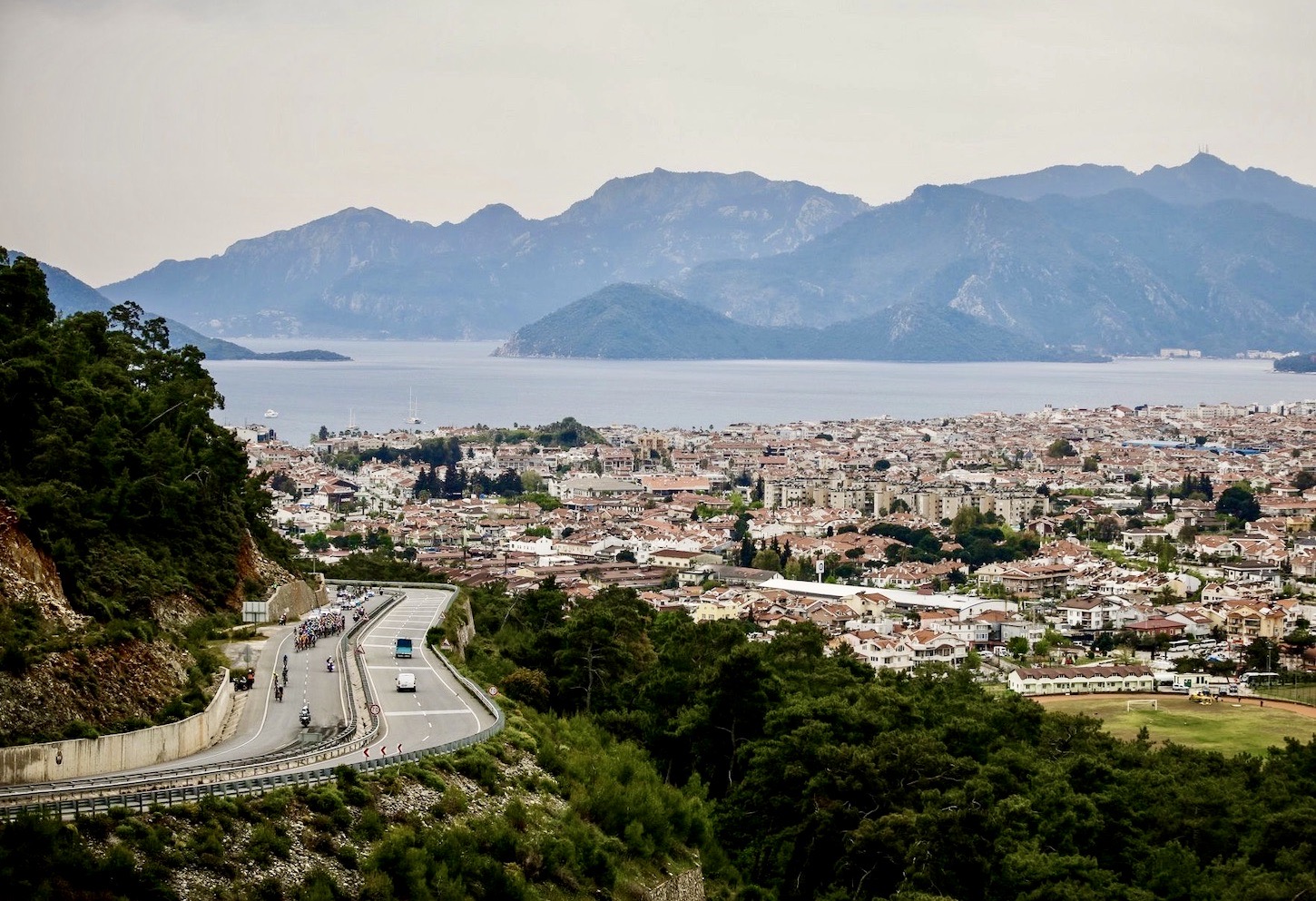 Today’s stage ended with a short climb followed by a slight downhill, where Philipsen was nicely led-out by his teammate Lionel Taminaux, hitting the front with a burst of speed that proved insurmountable for his German and British rivals.

“With this speed, you really have to come fast from behind and go at the right moment. Then once you have the front, it’s very hard for the other guys to come over because it’s not decided on power but on leg speed,” said Philipsen, who voiced concern how the organisers had been allowed to include a downhill finishing straight

“I don’t understand really why they put this finish line in the parcours. There was already a lot about downhill finishes. I still need to check my speed, but I think, with some risks, if anything happens, we could crash badly.”

Philipsen was already in good position after the second intermediate sprint with 43 kilometers to go, where Díaz and his Delko team were caught off guard, allowing Jay Vine to win the sprint and cut into Díaz’s overall lead.

“I think we’re dedicated to taking the seconds. It’s still going to be a nice final day tomorrow to fight for GC. We only have four guys left, but we’ll do our best,” said Philipsen, who pointed out that the penultimate stage had proved a demanding day in the saddle.

“It was a hard day, first with a hard climb, where Astana wanted to make the race hard. There were a lot of splits, but everything came back together. But then there were the crosswinds, so it was never really easy today.”

However, the main field came back together with 56 kilometers remaining.

There was no shortage of attacks from there, particularly by Mikkel Giesselman (SKS Sauerland NRW) and Willie Smit (Burgos-BH), but none were allowed to stick.

With under 10 kilometers to go, Shane Archbold (Deceuninck-QuickStep) once more animated things with a spirited attack, but the Australian rider was ultimately reined in with 2 kilometers left, setting up the stage for inevitable sprint finish.