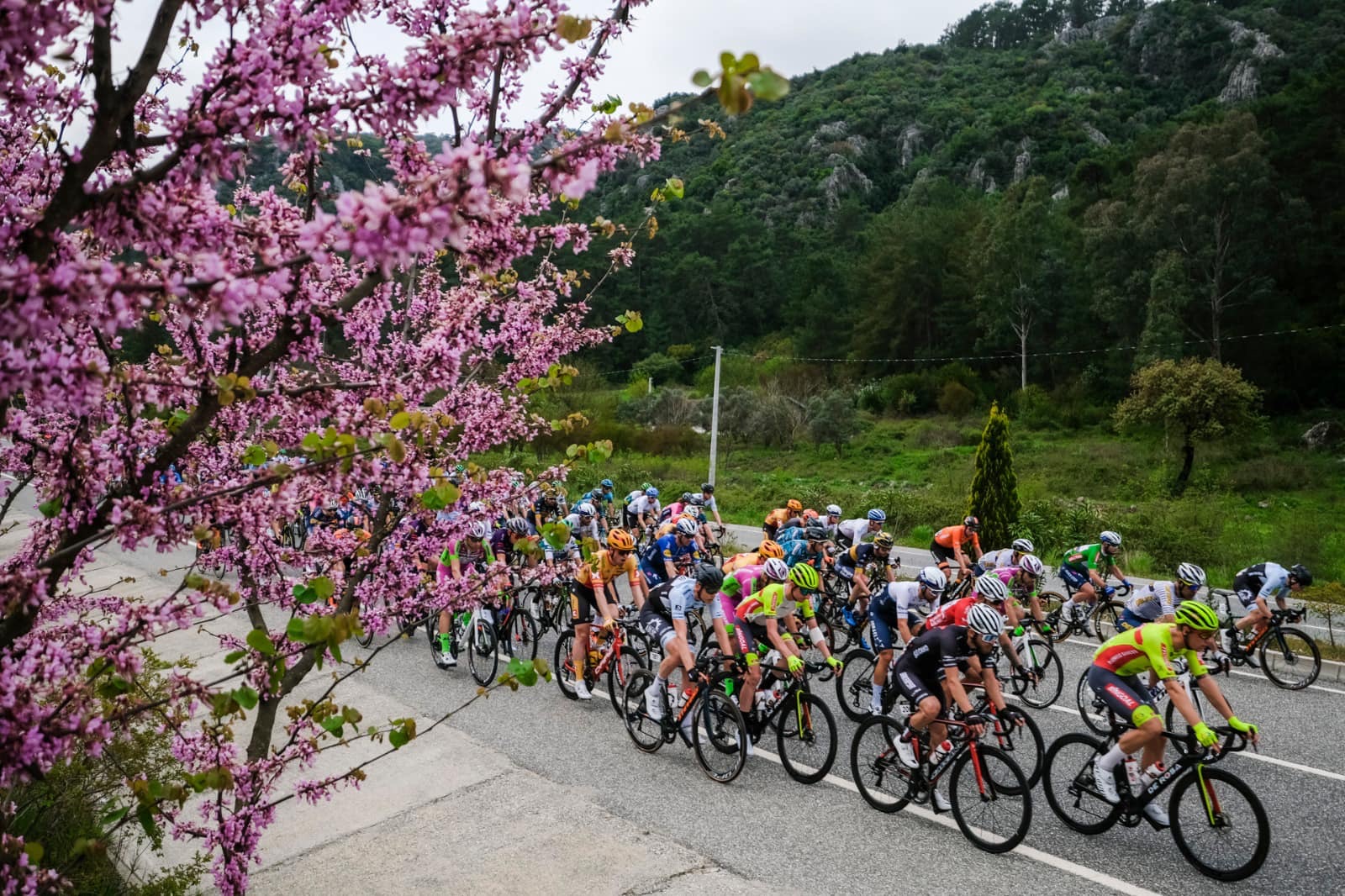 Mark Cavendish (Deceuninck-QuickStep) racked up his fourth stage victory in the Tour of Turkey today, after winning the 8th and final stage in a sprint finish ahead of Jasper Philipsen (Alpecin-Fenix),  narrowly beating the Belgian rider on the line in what was a nervous, technical finale in Kusadasi

As the sprinters assembled at the front under the flamme rouge, Cavendish found himself ten riders deep as he jostled for position alongside Philipsen, making his way up the left-hand side of the course.

Space then opened up on the opposite side of the finishing straight, which Philipsen quickly slotted into with Cavendish on his wheel.

Philipsen then got onto André Greipel’s wheel, who began to open up his sprint, before Philipsen darted through another opening, with Cavendish pulling up alongside the Alpecin-Fenix before edging him out on the line.

Kristoffer Halvorsen (Uno-X) had been the first to open up his sprint but had to settle for third place, while Greipel was fourth, the German departing empty-handed after contesting the fast finishes all week.

“I’m very happy,” Cavendish said after the race. “It’s a lot more than I could have hoped for.”

Meanwhile, José Manuel Díaz held on to his one-second advantage to claim the overall race honors for his Delko team.