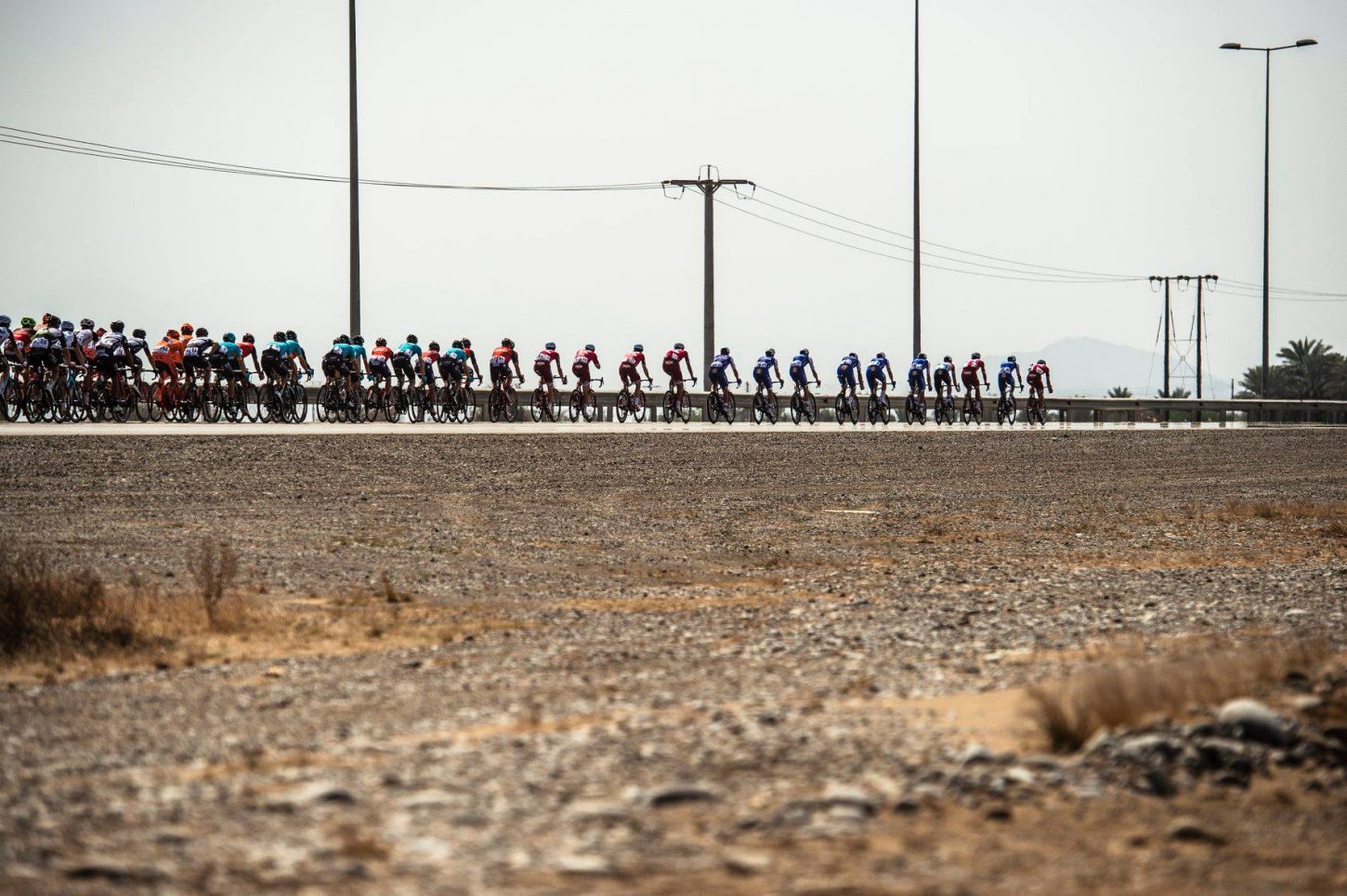 Bryan Coquard (Vital Concept) claimed the opening stage of this year’s Tour of Oman today, after the French sprinter emerged victorious during a sprint finish ahead of Mark Cavendish (Dimension Data) and Giacomo Nizzolo (Trek-Segafredo).

Maxime Farazijn of Sport Vlaanderen-Baloise, Pierre Luc Perichon of Fortuneo-Samsic, Conor Dunne of Aqua Blue Sport and Brian Van Goethem of Roomport-Nederlandse Loterij succeeded in escaping early on in today’s 162 kilometer stage from Nizwa and Sultan Qaboos University, quickly opening up an advantage of 4:30 over the peloton.

Team Cofidis and Team Sunweb were the first to react and set the pace at the front of the chase, while UAE Team Emirates and Bahrain-Merida then joined them to ensure a sprint finale in front of Sultan Qaboos University.

With the gap down to two minutes during the final 50 kilometers, the escapees’ chance of remaining out front appeared slim.

Indeed, the quartet was eventually reined in with 9 kilometers to go, after Pierre Luc Perichon sealed the lead in the most aggressive rider classification.

From there, a bunch sprint was inevitable, with Cofidis, Sunweb, Quick-Step Floors and Dimension Data were featuring prominently during closing kilometers, but victory ultimately fell to Coquard.