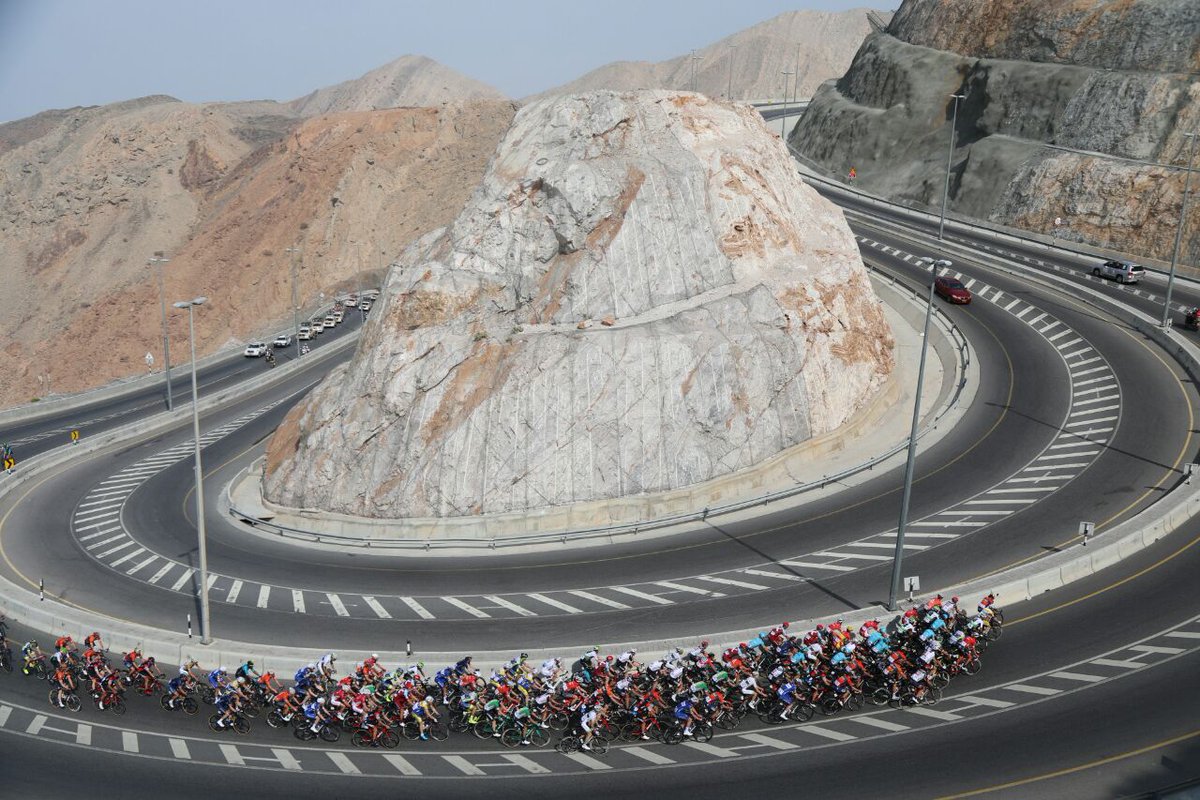 Tears of joy could be seen in Nathan Haas’ (Katusha-Alpecin) eyes as the Australian puncheur claimed stage 2 of the Tour of Oman today.

Following 167.5 kilometers of racing from Sultan Qaboos University to Al Bustan, Haas made the most of his explosive sprinting abilities to seize the stage honors ahead of Greg Van Avermaet (BMC Racing Team) and Alexey Lutsenko (Astana), as well as take over the general classification.

From there, the escapees built up a maximum advantage of around four minutes over the peloton. However, once they reached the first climb of the day at Fanja (at the 60 kilometers mark), their gap had fallen to three minutes.

But, that was enough for Loic Chetout to snatch the climber’s points at the summit, followed by the same on the climbs of Jabal Street and Al Hamriyah, which secured the French rider the golden jersey for the most aggressive rider classification.

The escapees tried in earnest to stay out front during the final kilometers, but only Irizar managed to remain clear until the final climb of Al Jissah, where the Spanish rider was eventually reined in by the peloton with just 5 kilometers to go.

After that, BMC Racing and Team Astana began amassing at the front during the final run-in to the finish, but they were unable to fend off Haas during the finale, which saw the Australian rider clinch his first victory since 2016.