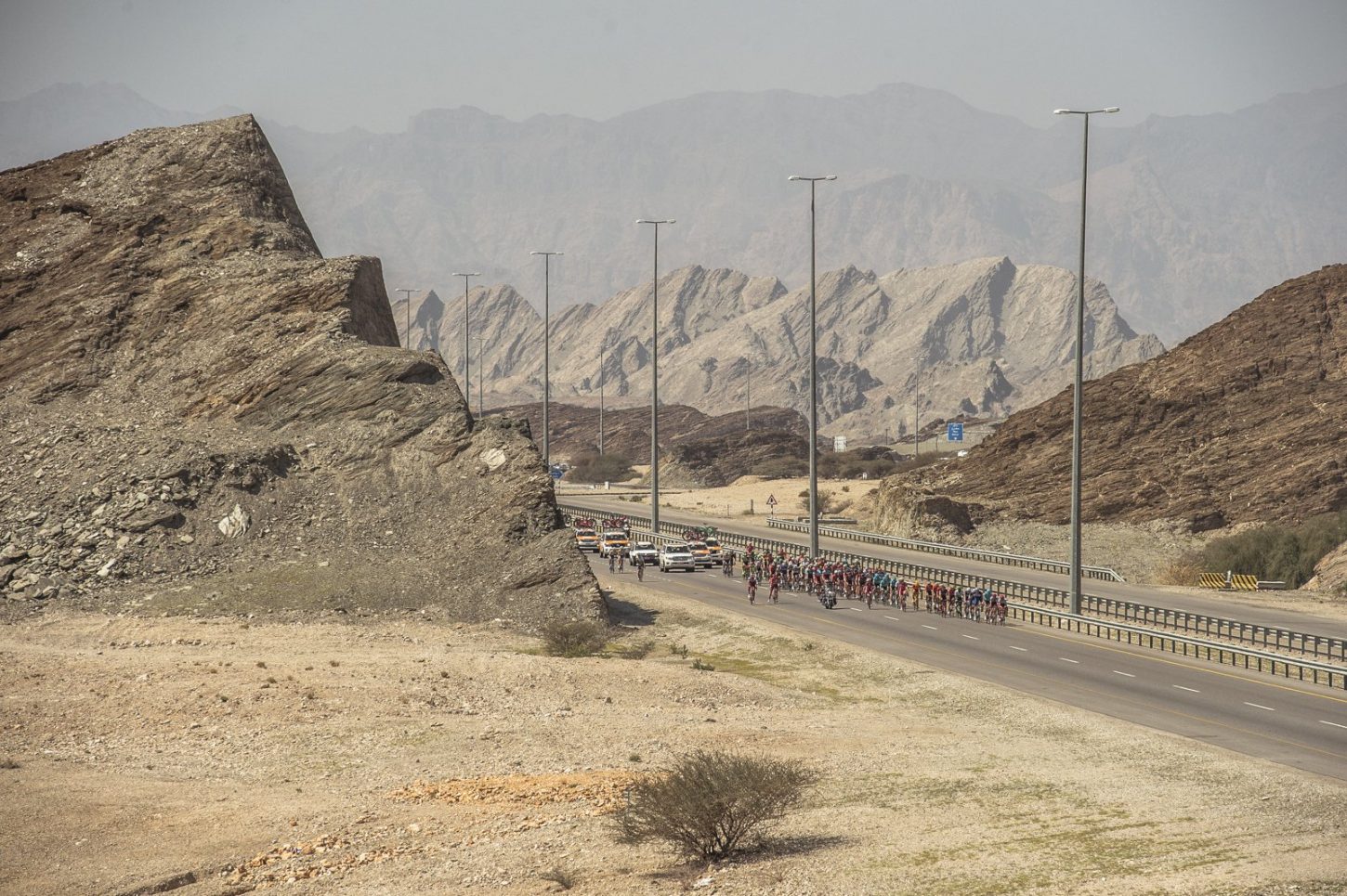 Magnus Cort (Astana) sprinted to victory in stage 4 of the Tour of Oman today, after beating Giovanni Visconti (Bahrain-Merida) and Alberto Bettiol (BMC) to the line at the Ministry of Tourism.

The Danish rider took the victory from a group of around 25 riders, after the final climb of the day had greatly reduced the size of the peloton.

Trek-Segafredo’s Peter Stetina led the peloton by 30 seconds during the approach to the final ascent of Al Jabal Street, having dropped his breakaway companion Jacques Janse Van Rensburg (Dimension Data), but the American rider was ultimately reined in before the summit.

From there, Vincenzo Nibali (Bahrain-Merida) was among the riders to up the pace along the final climb, but a vigilant Team Astana prevented any rider from getting clear, while Gorka Izagirre, Alexey Lutsenko and Miguel Angel Lopez were the first riders over the top.

During the final run-in to the finish, both Astana and race leader Greg Van Avermaet (BMC Racing) worked to ensure the 26-strong leading group came to the finish together.

However, Cort delivered a powerful sprint to claim the stage honors, while Visconti bested Bettiol to seize the second spot on the podium.