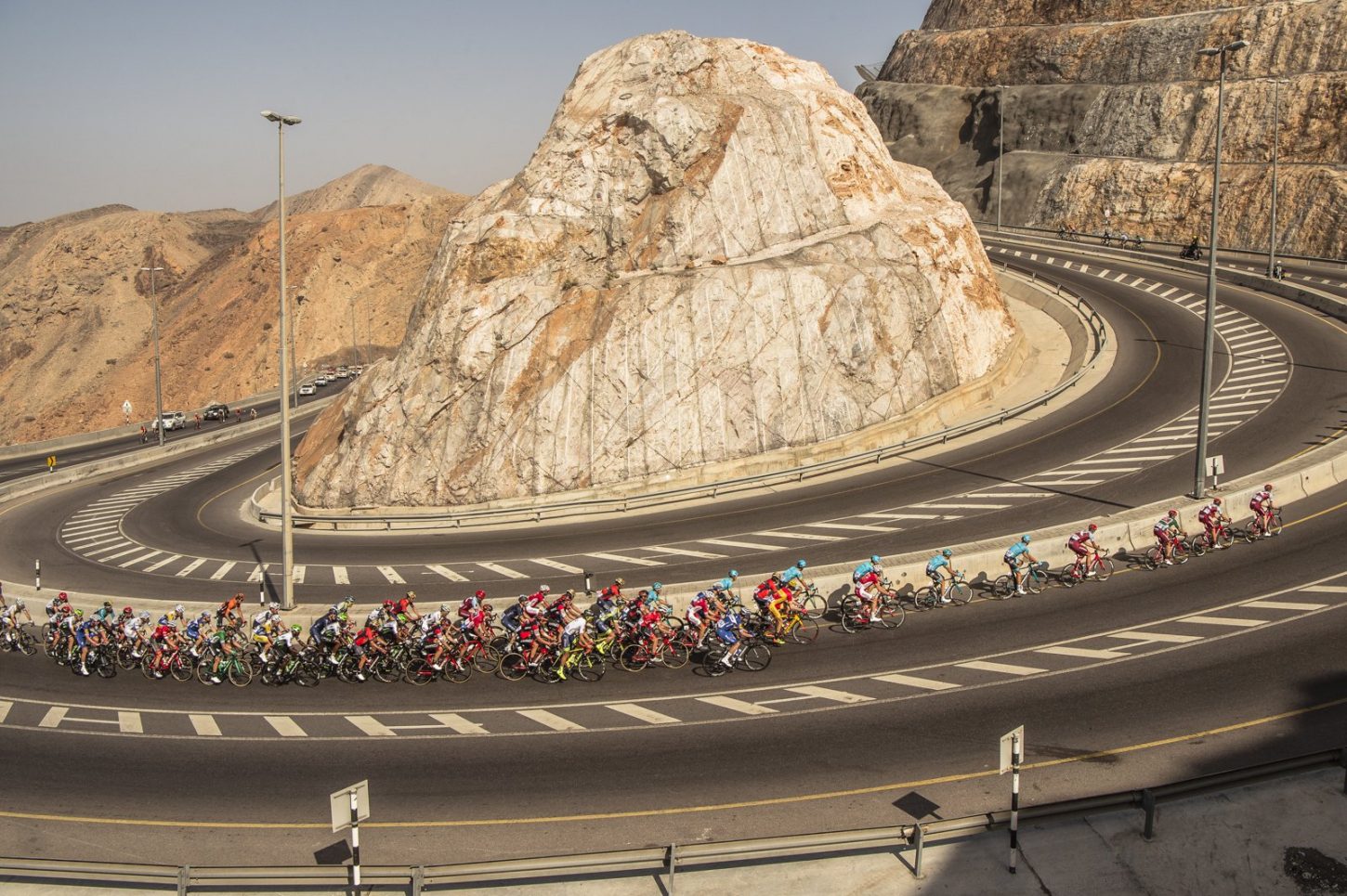 Astana’s Miguel Ángel López took the honors in stage five of the Tour of Oman in Jebel Akhdar today.

The Columbian rider finished ahead of his teammate Alexey Lutsenko, after being brilliantly lead by his team along the summit finish of today’s Queen Stage.

After a few skirmishes early on in the stage, six riders eventually emerged from the peloton to establish the day’s first breakaway group.

However, as the race entered the final 15 kilometers, the group’s advantage began to dwindle, as a vigilant peloton had reduced their lead to less than half.

As the escapees reached the foot-slopes of the Green Mountain, their advantage had fallen to just under a minute and a half, while the peloton continued to close in on them.

With less than 3 kilometers to go, Carpenter and Marcato were the last of the breakaway group to get caught by the peloton, with the American rider holding out the longest.

As the road curved upwards, the three Astana riders slowly pulled away from Gorka Izagirre (Bahrain-Merida), while BMC’s Nicolas Roche tried to move up and chase.

With one kilometer to go, Lutsenko and Lopez were together in the lead, with Izagirre 10 seconds back and Herrada chasing.

The two Astana riders stayed together around the final curve and were able to share the honors at the finish line. Lopez took the stage and strengthened his lead in the best young rider competition, while Lutsenko took the overall race lead.