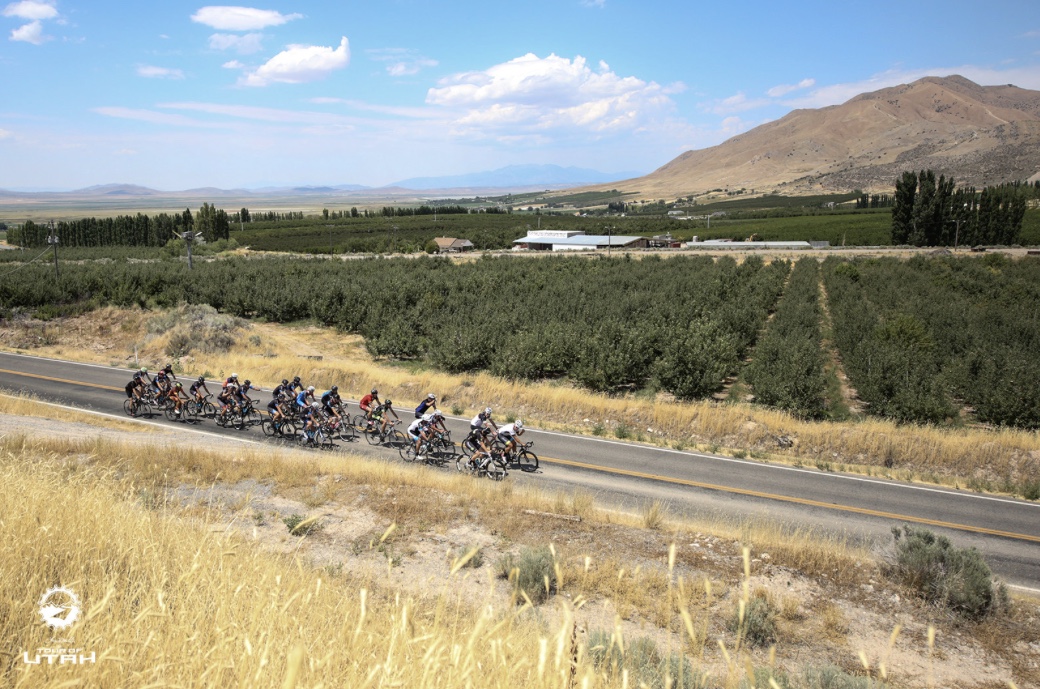 Travis McCabe (Holowesko-Citadel) claimed stage 4 of the Tour of Utah today, after easily winning a sprint finish ahead of Kiel Reijnen (Trek-Segafredo) and Sebastian Haedo (Team Jamis) in Kearns.

Meanwhile, Lachlan Morton (Jelly Belly-Maxxis) finished safely in the peloton to retain his grip on the overall race lead.

“It was a pretty hectic finish with that downhill,” McCabe said in the post-stage press conference. “We were coming into that at 70km/h with a pretty choppy left-hand turn. The road was pretty beat up so it was just kind of a patience game and staying in good position, not too far forward.

“I think I jumped at 250 metres or thereabouts and was able to hold it. It was great. It was really good.”

Reijnen, who won the opening stage of last year’s Tour of Utah, said his Holowesko-Citadel rival was just faster today.

“If you saw the sprint we did in Torrey, Travis was quicker than I was, so I think to beat him today I had to come from behind,” Reijnen said. “I tried to play that card and he didn’t take the bait, so definitely a deserved win.”

“The field wasn’t going to give us much leash to go anywhere,” said Busche. “I think the sprinters wanted their day today. But we saw on stage 2 that even two guys could stay away, so it was kind of a potentially a fruitless venture, but you don’t know if you don’t try.”

From there, the escapees went on to build up an advantage of almost 3 minutes over the peloton – by the time they reached the 100 kilometer mark.

However, during the final 30 kilometers, the breakaway group began to splinter, leaving Busche, Dunbar, McCormick and Pate alone out front.

But, a determined peloton eventually reeled in the quartet a further 10 kilometers later, as the race entered into the final finishing loops in Kearns.

Lupus Racing’s Chad Beyer and Fortuneo-Vital Concept’s Elsie Gesbert both enjoyed a brief moment out front, with Gesbert being the last hold-out before being caught by a group of riders at the start of the second lap.

However, their time out front was short-lived as well, with UnitedHealthcare’s Tanner Putt managed to ride clear with a solo attack.

But, his efforts didn’t pay-off, as the peloton regrouped during the final kilometers and sped toward a sprint finale.