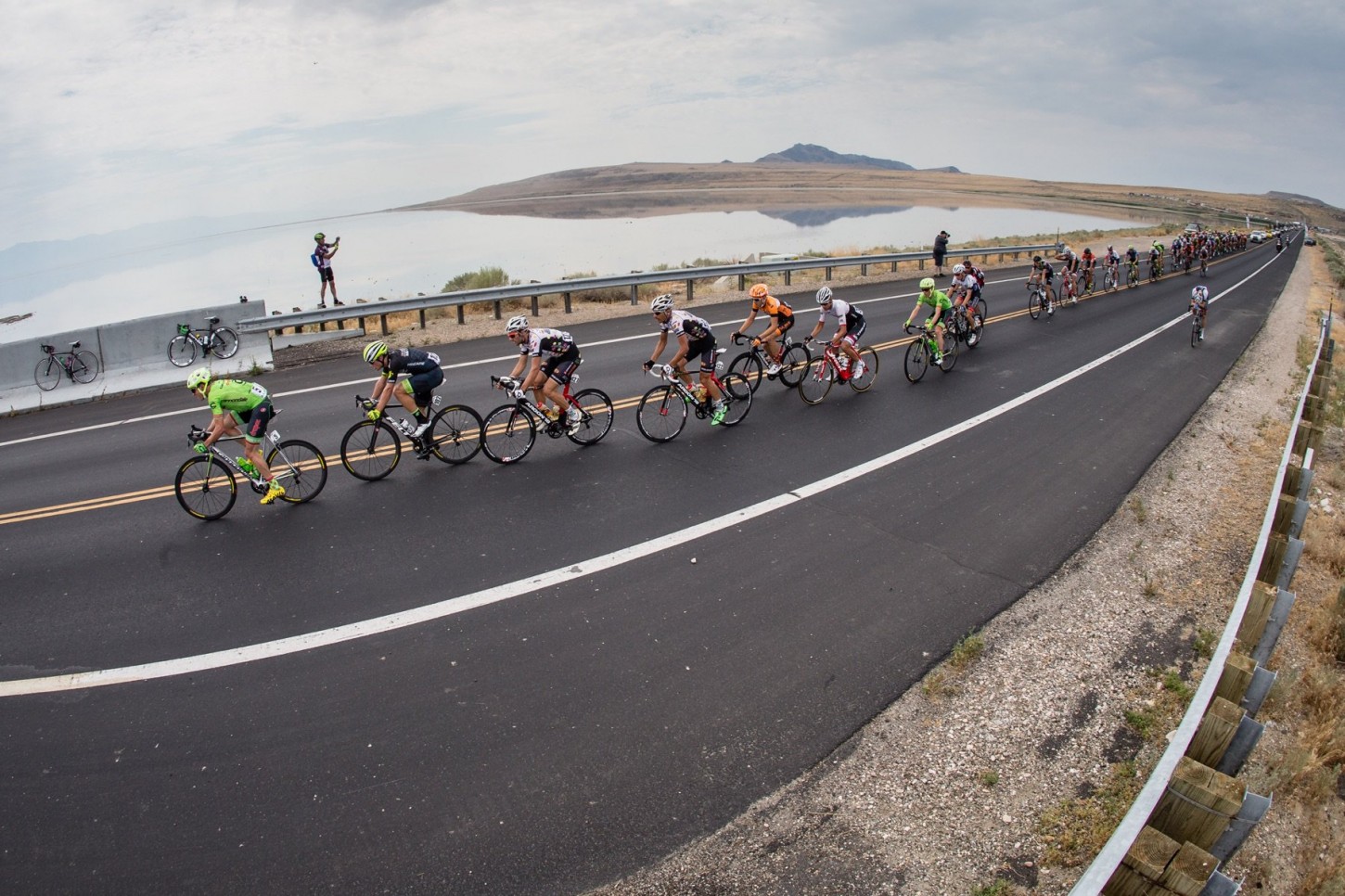 Andrew Talansky won today’s Queen Stage of the Tour of Utah at the Snowbird Resort, and in doing so, also seized the overall race lead.

The Cannondale – Drapac rider, who started the day in second place overall behind Jelly Belly’s Lachlan Morton, rode with a select group of race favorites during most of the way up final climb, before marking an attack by BMC Racing’s Darwin Atapuma (BMC Racing) during the last few kilometers before the summit.

From there, the duo succeeded in distancing their rivals, while working in unison to extend their advantage until the finish – with Talansky winning the final dash to the line.

“Almost every day, you can count on a tailwind up Snowbird … except for the timing of this storm rolling through, Talansky said.

“When we hit the bottom of the climb, that was a little bit frustrating.”

Talansky now leads Morton by 22 seconds in the general classification, followed by Costa in third, who sits a further 34 seconds back.

However, by the time the leaders made it to Park City, their gap had fallen to under 3 minutes. And, from there, the breakaway group started to splinter on the lower slopes of the climb, with Reijnen and Smith being the first riders to get dropped, followed by Basset, Dahl and Amaran.

As the leaders reached the summit, Beyer decided to attack, while King, Eaton, Poles and Oronte were left to chase in earnest.

Ornate was later dropped from the chase group, while the remaining leaders tackled the final descent before hitting the climb of Little Cottonwood.

King then dropped Beyer and Eaton, both of whom had faded back toward the field, as Tanovitchii and Ledanois continued on as the first chase group behind King – who had since gone solo.

Further down the slopes, Cannondale was setting the pace for Talansky, while Tanovitchii and TJ Eisnehart, who had attacked out of the yellow jersey group, caught and passed Ben King.

The new leaders’ time off the front was short-lived however, as the yellow jersey group was soon on terms with them and the race hit reset.

“Darwin attacked and I couldn’t go when he went,” Talansky said. “He has a great acceleration and is a really good climber. But I thought that if I could get up to him we could maybe work together and get that gap. I was looking for a spot, hoping the wind would shift but it didn’t. So I just said, ‘OK, there’s 4km to go and we have to go now.’ I went, we got the gap to Lachlan an then we drove it all the way to the finish.”

From there, Morton, Acevedo and Costa tried to catch the leaders, but they proved to be no match for the duo.

As a result, Acevedo subsequently dropped out of the chase, leaving Morton and Costa alone to chase down the leaders.

In the finale, Talansky hit out on the slightly downhill run to the finish and took the win just ahead of the Atapuma.