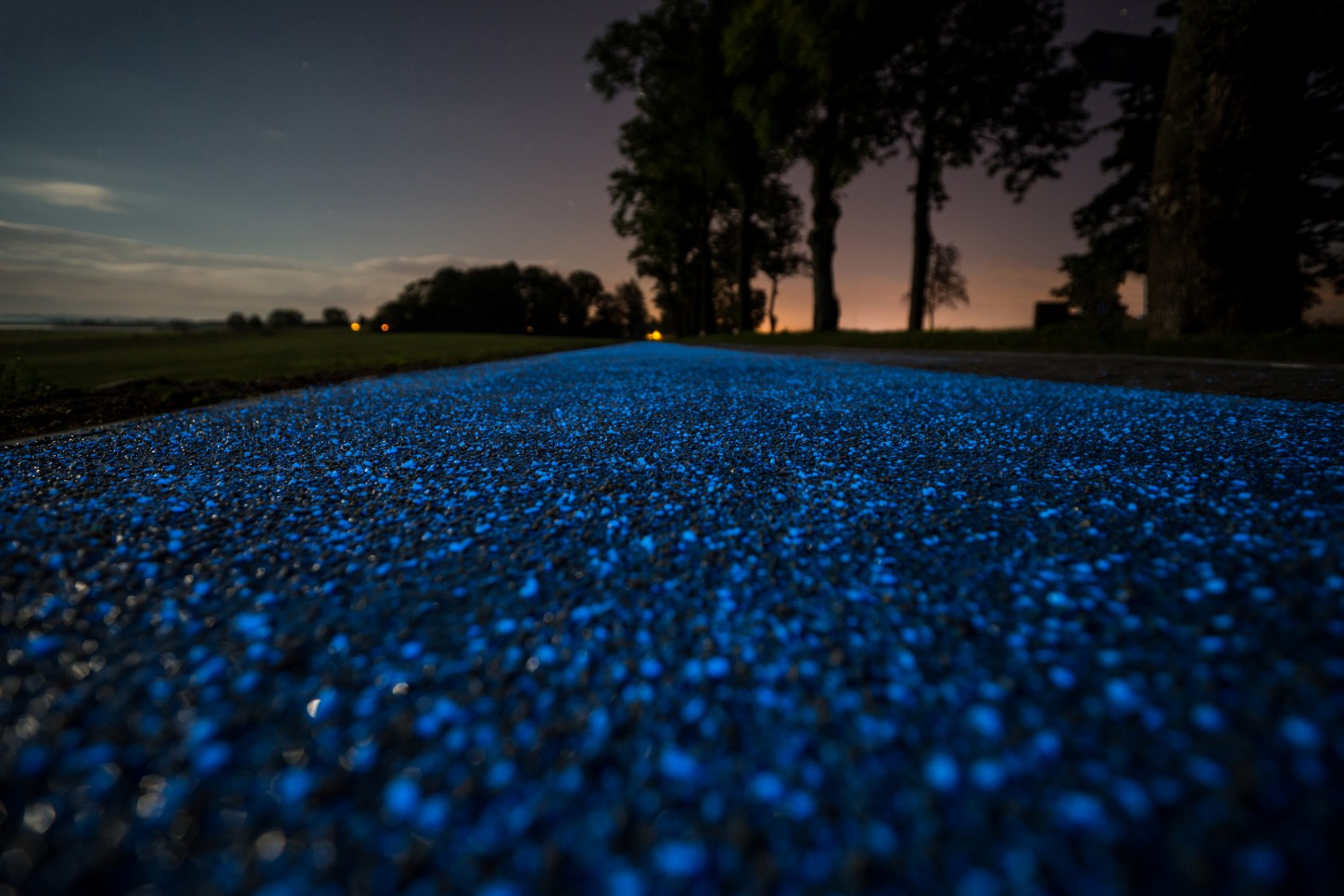 A rural town in Poland has unveiled a new glow-in-the-dark bicycle path in the hopes of curbing pedestrian and cyclist accidents at night.

A construction company recently installed the luminous path in Olsztyn, a town that sits on the Lyna River.

Luminophore particles in the asphalt collect energy from the sun. That energy is then used at night, when the path lights up for up to 10 hours.

The color blue was chosen for the 100-meter path because the engineers thought it would best suit the scenic Mazury landscape.

The engineers drew inspiration from a similar solar-powered bike path in the Netherlands known as the “Starry Night” bike lane that was unveiled by Studio Roosegaarde about two years ago.

However, the two paths are different in a notable way. While the Dutch path lights up via solar-powered LEDs, the Polish path requires no additional power supply.