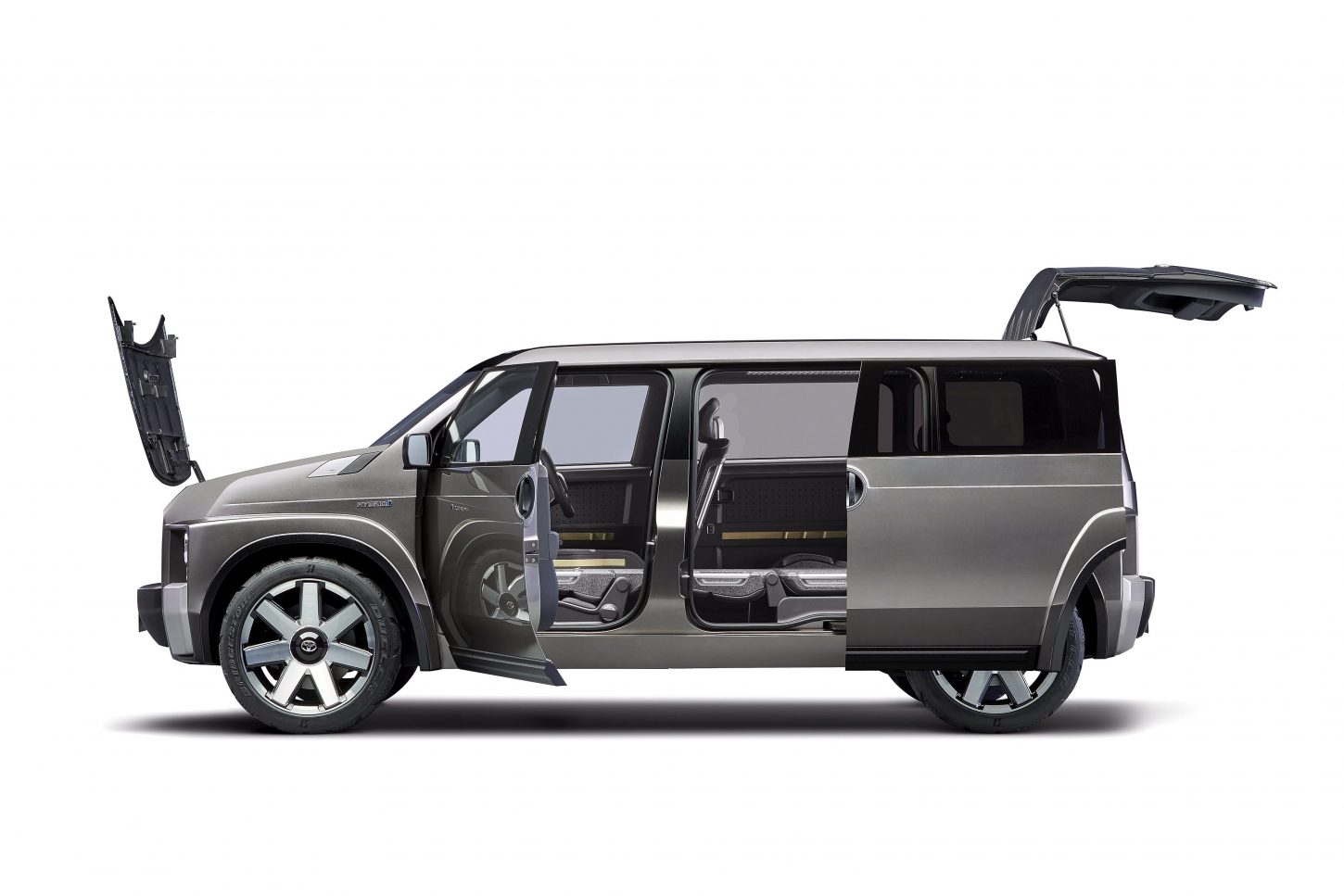 The Tj Cruiser is “designed for drivers with lifestyles where work and play dovetail seamlessly,” Toyota says. The company also describes the vehicle as a crossover between an SUV and a cargo van, with an interior lay-out that can be converted into what looks like the inside of a cargo plane. We’re calling it a cyclist’s dream come true.

Indeed, blending elements of an SUV and a van, the Toyota Tj Cruiser aims to be both rugged and roomy. Its large tires, wide haunches, and dirt-resistant exterior coating for the hood, roof, and fenders befit a vehicle sharing a lineage with Toyota’s other “Cruiser” SUVs. Toyota says the model has a “sturdy suspension” and is compatible with both front- and four-wheel drive. A 2.0-liter hybrid system provides motivation for this strange vehicle, although it’s unclear how much power it makes.

Like any good van, the Tj Cruiser is designed to hold all sorts of big items – like bikes.  🙂

For instance, Toyota says, with the seats folded, items along as 10 feet can easily fit in the cargo area, with plenty of tie-down points to help anchor large objects, while a wide rear opening makes loading and unloading easier. Moreover, large sliding doors make for easy entry and exit, for such things as bikes.  🙂

Being a concept vehicle, Toyota hasn’t mentioned anything about price. However, given its spacious cargo area and utilitarian nature, the Tj Cruiser is clearly aimed towards active owners – like cyclists, which should keep the price reasonable.

If a production version were to hit U.S. shores for 2019, one might expect to see prices start around $24,000. But that’s based purely on speculation.