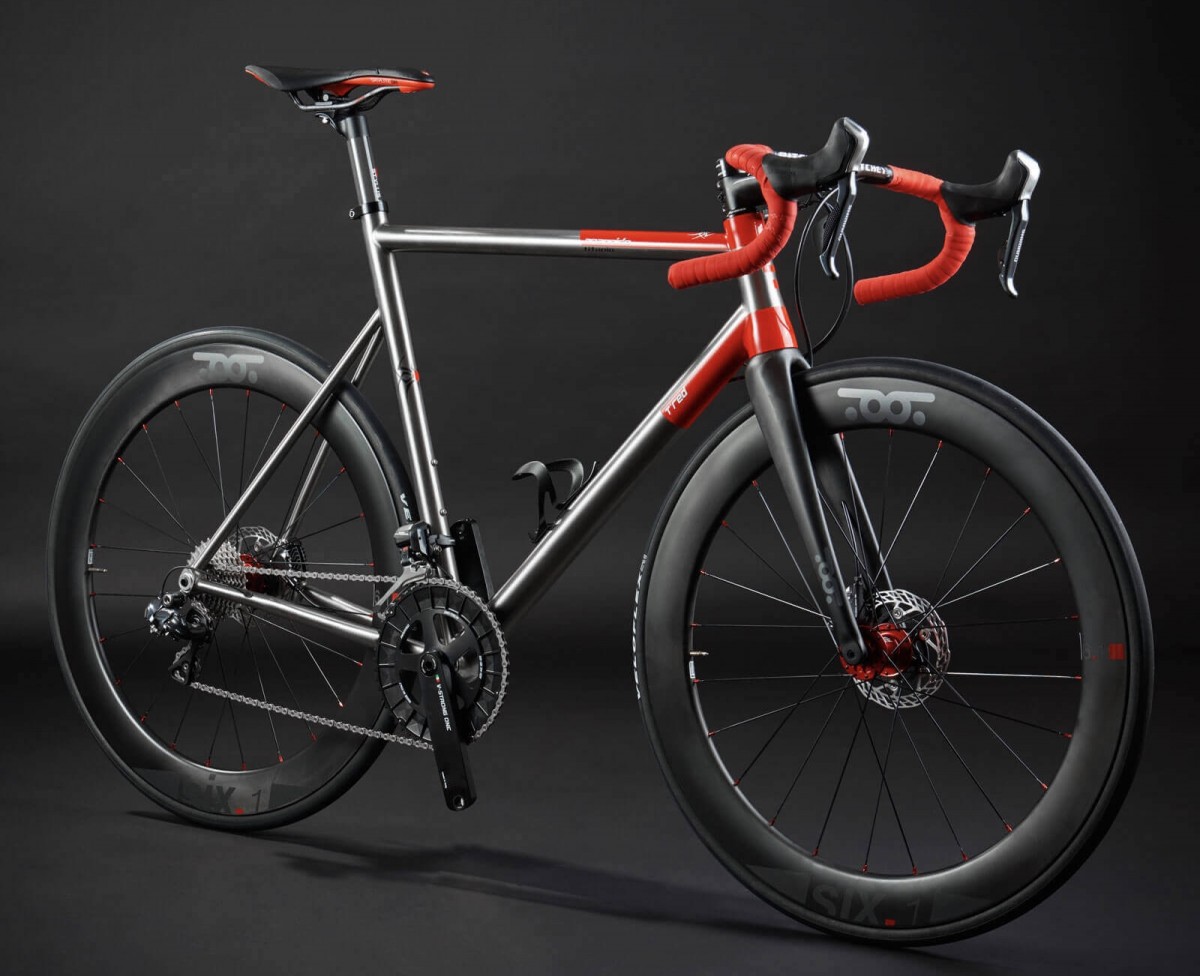 T°RED Bikes first broke cover here in the USA during last year’s North American Handmade Bicycle Show (NAHBS), dazzling onlookers with bespoke bikes comprised of carbon, titanium and aluminum/magnesium matrix, custom made in the company’s own facility in the Emilia-Romagna region of Italy.

As of this month, T°RED Bikes was the recipient of the Best in Show award at the Confederazione Nazionale dell’Artigianato (The Italian Craft Trades and Industry Confederation), for their design and innovation, with the jury citing “we looked for innovation and originality while respecting tradition.”

Back in October, T°RED also won first prize at the Made in Italy Show in Brescia for similar accolades, after making their way past 600 exhibitors and on to 21 finalists before being conferred with the top award.

T°RED is helmed by chief engineer Romolo Stanco and general manager Erica Marsan, who created the boutique brand in 2013.

Today, T°RED boasts its own showroom with six different models ranging from traditional road, to disc brake equipped “gravel bikes”, to cutting-edge urban cruisers and single-speed track bikes, as well as a range of specialty apparel and components alongside premium brands like POC.

You can learn more about T°RED Bikes and how to get your hands on one of their glorious creations by visiting the company’s website here.