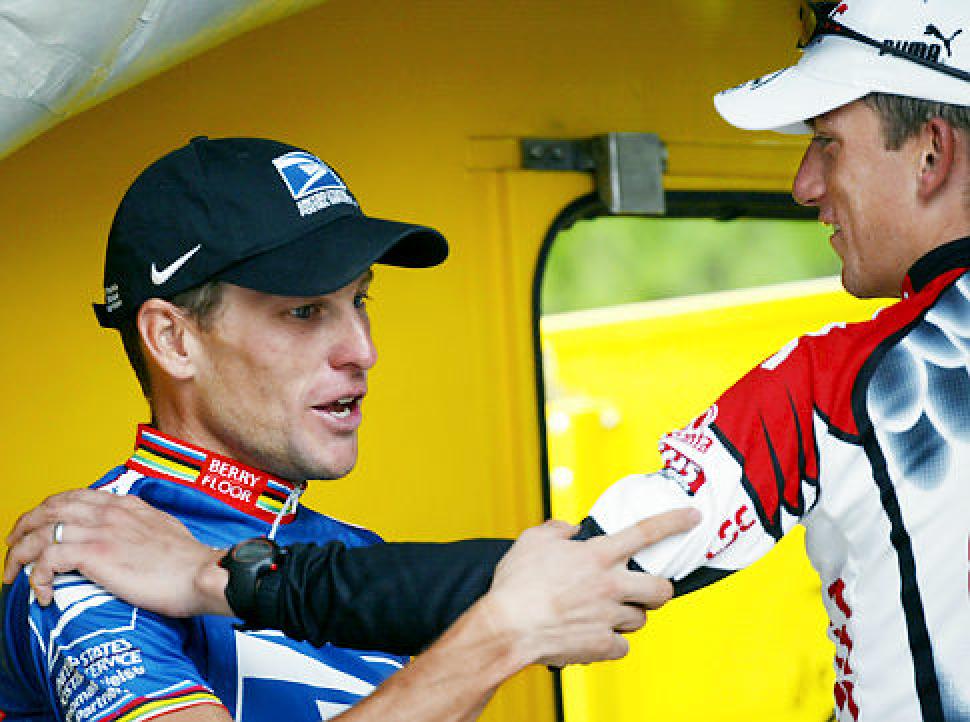 According to an article in the New Zealand Herald, the once close friends, and now arch enemies, Tyler Hamilton and Lance Armstrong met face to face at a conference in New Zealand this week.

In a word, Hamilton described his encounter with the disgraced cyclist as – “strange”.

“It was strange, strange. We spoke. Small talk. He laughed at my hair, I laughed at his beard, like all mates would do. There were a lot of lawyers around and officials but, yeah, we shook hands a couple of times,” the New Zealand Herald newspaper reported Hamilton as saying.

“It was not easy for me to answer direct questions about him, what we went through. There’s a lot at stake. I’ve read in the papers that it could be up to US$120 million [damages].”

“I don’t know what he thinks but I know what I need to do. You answer questions that could affect that and that is mind-blowing but I went in there and told the truth. But it [also] sucked [as] there were some questions about his character, with him sitting right there, some of the bullying and stuff.”

As many recall, Hamilton and Armstrong were close friends and teammates during their stint together on the US Postal Service team.

But, following turbulent times for Hamilton, after he tested positive for “doping” in 2004 and 2009, their relationship began to fall apart.

From there, things would escalate into all out acrimony between the two, after Hamilton began speaking publicly about his doping usage – implicating Armstrong along the way.

And, in 2011, Hamilton was confronted by federal investigators, who were probing into allegations involving Armstrong and doping practices within the US Postal Service team, to give his testimony.

Armstrong’s own fall from grace came just after, in 2012, given the testimony and evidence provided by Hamilton and many of his other former teammates.

“I backed up to the edge of the cliff and so when I said no to the offer, they came after me with a subpoena, which means you tell the truth or you go to jail. So it was either jump off (the cliff) or tell the truth,” said Hamilton about his experience with the investigators.

Hamilton says he’s proud of telling the truth, and coming clean about his past.

“It took a long time, I lied and cheated for a long time. You’re living a double life, filled with secrets and lies. I was a mess inside.”

He feels the same for Armstrong.

“For him, for the sport of cycling, for all sport, I think we do need to hear the whole truth. Whether or not we’ll hear that, we’ll see.”

“I think the public wanted to hear the truth and they got the major truth – that he doped during his seven Tour victories – [but] they want more of the truth. He held back a little bit for various reasons.”

“If we don’t learn from what happened in the past, it will happen again, for sure. It (doping) still exists, 1000%. We’ve seen this much (holding up two fingers) of the truth.”