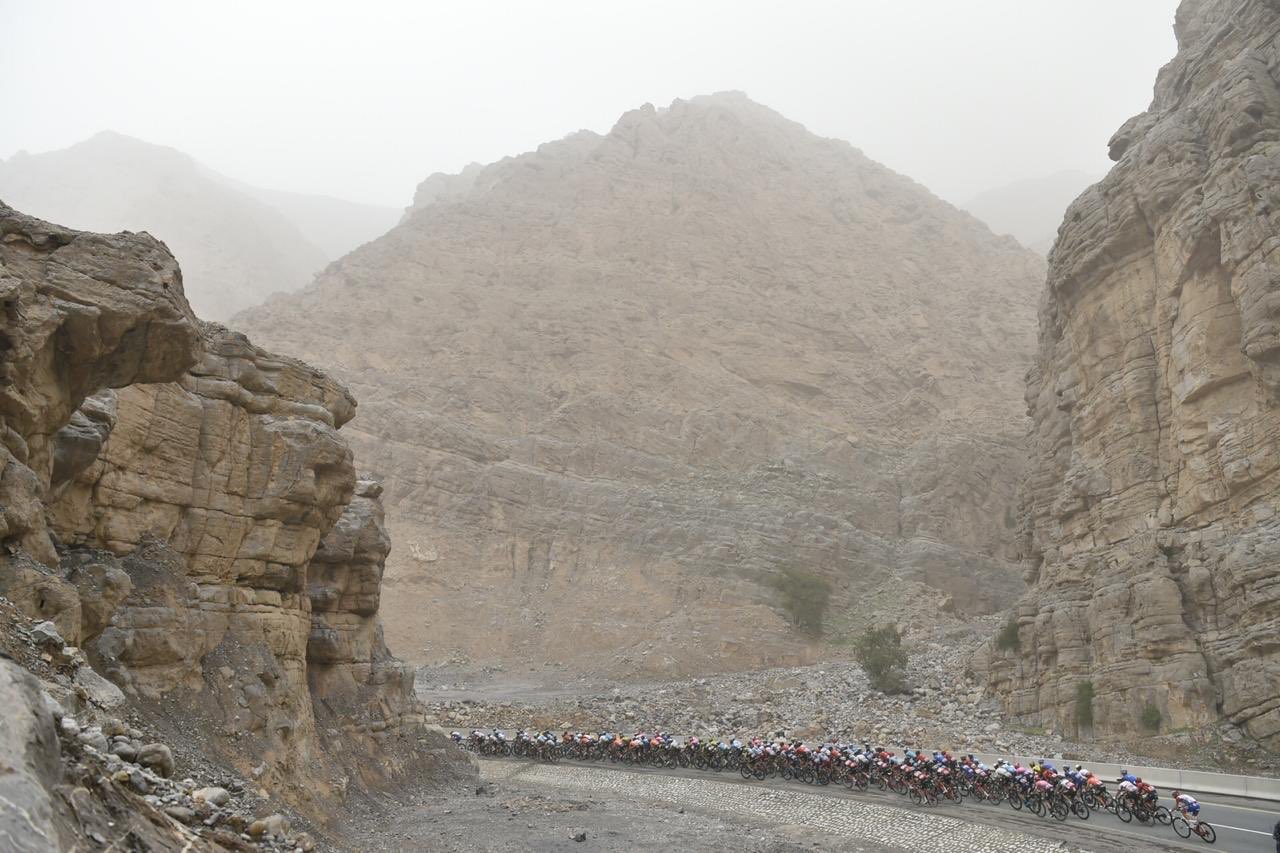 Primoz Roglic powered his way to victory in stage 6 of the UAE Tour today, and in the process all but secured the overall title.

Roglic proved his mettle in dramatic fashion, beating Tom Dumoulin in a sprint finish atop the summit of Jebel Jais.

Roglic’s win gives him a 31-second lead, with only one stage left to go.

After several early crashes, a reduced peloton made its way up the final climb with De Plus leading his captain Roglic into the final kilometer as Nibali was dropped, leaving just 20 riders up front.

As the final curves of the climb began, Dan Martin jumped first, kicking off the battle for the stage victory. Then Dumoulin opened the sprint with 200 meters to go. The Dutchman looked to have his team’s first win of the season but Roglic moved Kelderman out of the way to go after him and had the legs to beat him at the line and reward his Jumbo-Visma teammates with another stage win.

“We showed with the whole team how strong we are and I’m really happy I managed to finish it off today,” Roglic said after the finish.

“From the beginning our guys did a perfect job and I was protected all day from the wind. We had a lot of guys for the last climb and Laurens [De Plus] pulled until the last 500 meters. It was really impressive from the whole team.”

The Slovenian rider wasn’t ready to claim the overall victory just yet though.

“The race is done for today but tomorrow is a new day. We just have to stay focused until the finish.”

The UAE Tour concludes on Saturday with the 145km seventh stage from Dubai Safari Park to City Walk.