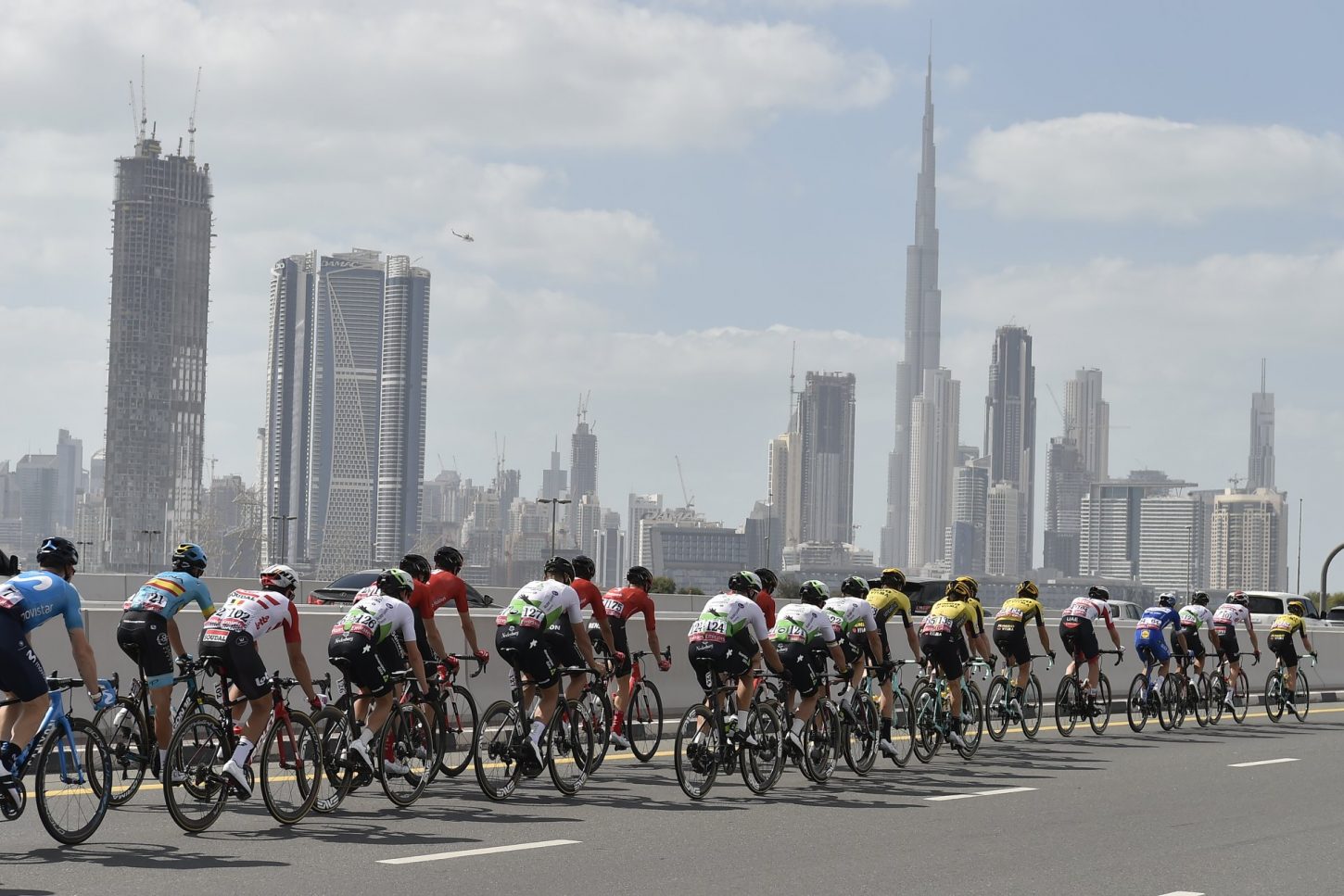 Sam Bennett took his first win of the season, after the Bora-Hansgrohe rider claimed the final stage of the UAE Tour today.

After a number of near-victories earlier in the week, the Irish rider finally claimed the stage honors ahead of Fernando Gaviria in a sprint finale.

Meanwhile, Jumbo-Visma’s Primož Roglič crossed the line safely to secure overall victory in his first race of the year, 31 seconds ahead of his nearest rival Alejandro Valverde (Movistar).

Will Clarke (Trek-Segafredo), Benoît Cosneyfroy (Ag2r La Mondiale) and Dmitriy Gruzdev (Astana) managed to ride clear early on in the stage, subsequently opening up a maximum advantage of almost fives over the peloton.

However, with 50 kilometers remaining, Jumbo-Visma, Deceuninck-Quick-Step, Dimension Data, UAE-Team Emirates and Lotto-Soudal upped the chase in earnest – ultimately reining in the trio during the last 5 kilometers.

Lotto-Soudal featured prominently during the final run-in to finish, delivering Caleb Ewan into excellent position during the closing 200 meters.

However, a patient Bennett took advantage of Gaviria’s slipstream to overhaul both riders during the final 50 meters to snatch the victory.

After the race, Roglič said,“It was nervous with all this wind, but we showed once again that we’re a strong team and we brought the jersey to the end.” “It’s my first race and it’s really nice to start like that. We did some big work here. It’s nice to get some results already.”