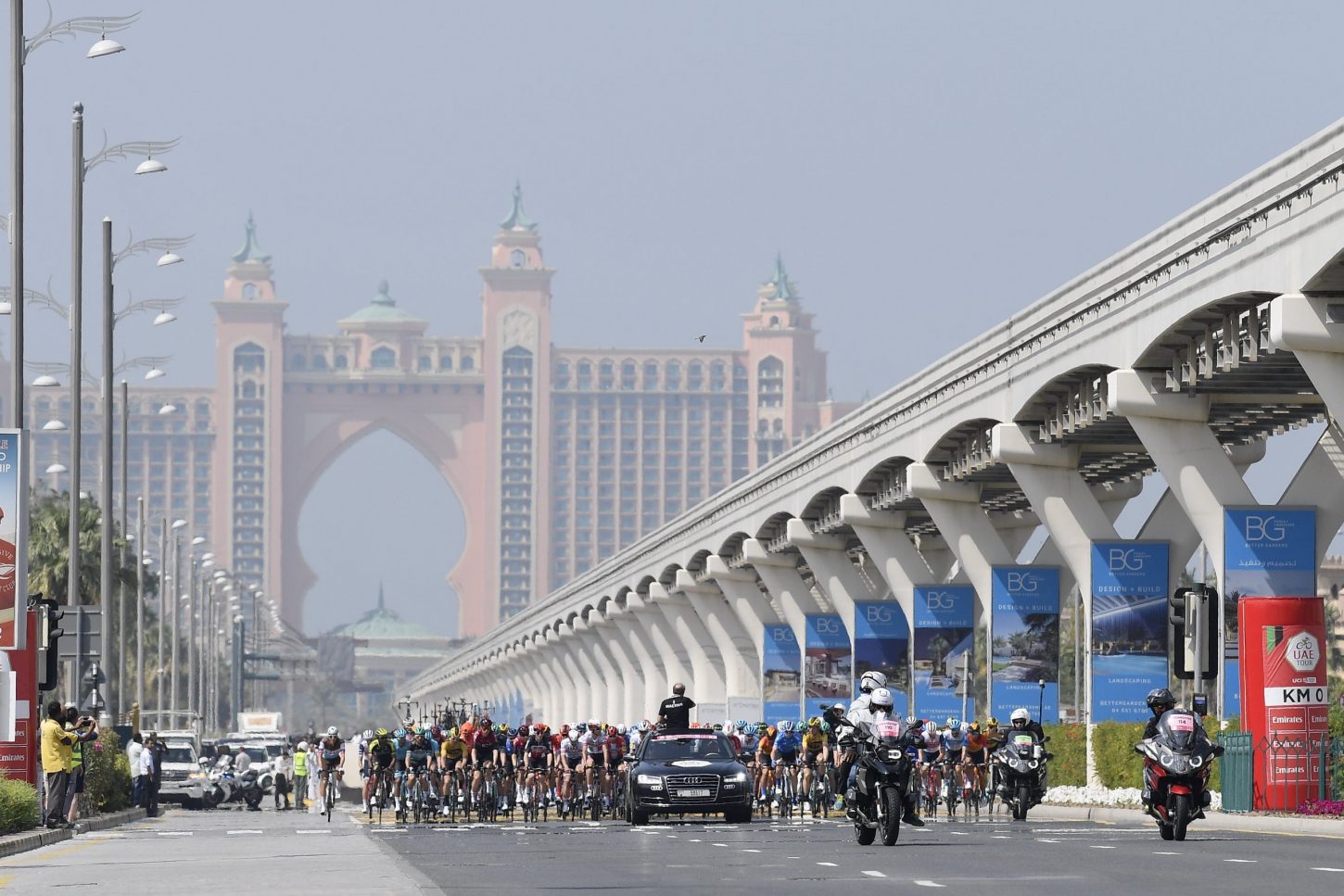 Meanwhile, Fernando Gaviria and Sam Bennett found themselves in poor position, as Mitchelton-Scott hit the front with the team’s Michael Mørkøv effectively derailing both sprinters’ chances of the stage victory.

Speaking after the finish, Ackermann said, “all of the big names are here, I wasn’t sure if my form was good enough but it proved to be. It was a really hectic and nervous finish, so I went my own way and was jumping from one guy to the next and then eventually said let’s go.”

From there, the quartet opened up an advantage of around 2:30 over the peloton with 50 kilometers still to go, with Stojnić claiming the intermediate sprint at the 100 kilometer mark.

With 60 kilometers of racing still ahead, Tortomasi won the second intermediate sprint, earning both riders enough points and time bonuses to place them in top 10 GC rankings at the end of the day.

With 30 kilometers remaining, Scarponi decided to retreat back into the peloton, while the trio remained out front still clinging to a one minute lead. But, not long after, Stojnić was reined in by chase as well, who was eventually joined by the last two riders with 15 kilometers to go.

As the peloton entered into the last 13 kilometers, Deceuninck – Quick-Step came to the front with the goal of setting up Sam Bennett, with Mark Cavendish finding himself in excellent position as well.

Coming into the final 7 kilometers, the sprint trains were spread across the road, with Tony Martin once again showing his strength, as he did all the pace-setting for his Jumbo-Visma team before Lotto-Soudal hit the front.

Deceuninck – Quick-Step then took up the reins once more, although Bennett found himself a bit further back and separated from his teammates who were driving the pace.

Meanwhile, Bahrain-McLaren was able to repositioned Cavendish at the front with 3 kilometers to go, before Groupama-FDJ came on strong during the final run-in to the finish.

Bennett looked poised for victory as his Deceuninck – Quick-Step team lead in earnest under the flamme rouge.

However, as Mitchelton-Scott hit the front for Luka Mezgec with Ackermann just behind him, Gaviria was squeezed out by Deceuninck – Quick-Step’s Michael Mørkøv, derailing both the Colombian and Bennett as the sprint unfolded up ahead.

In the meantime, Ackermann’s acceleration was closely marked by Ewan, but the Australian rider couldn’t seem to match his Germans rival’s speed, with Barbier finishing third followed by Dylan Groenewegen.