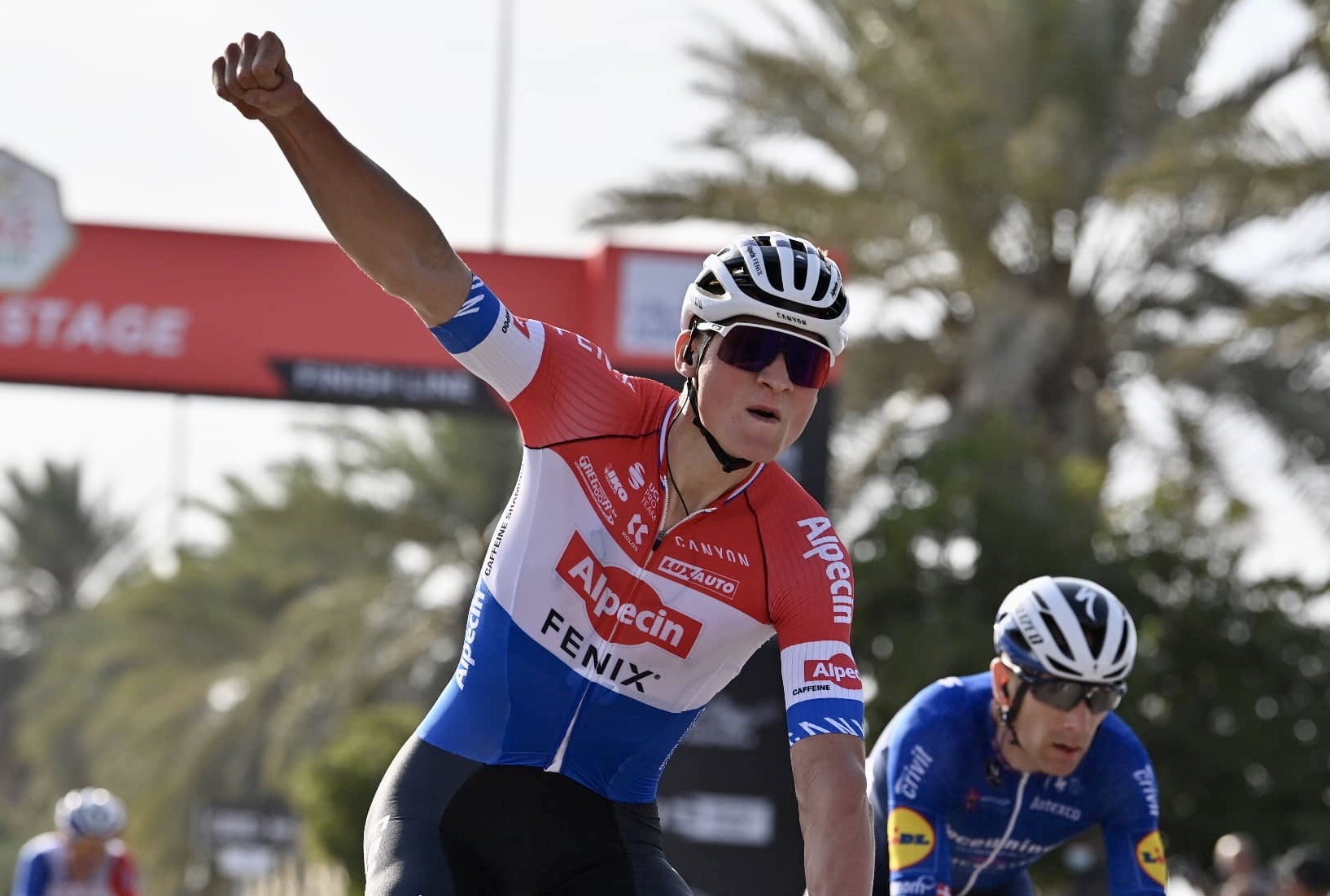 Van der Poel is now the leader of the GC and has been awarded the Red Jersey and the Green Jersey.

The stage was characterized by strong winds that split the peloton into several groups. João Almeida (Deceuninck – Quick-Step) won the stage’s two intermediate sprints and gained a 6” time bonus by doing so. Tadej Pogačar (UAE Team Emirates) sprinted to second place in the second intermediate sprint, gaining a 2” time bonus.

The race was split early on in the 176 kilometer route from Al Dhafra into the coastal city of Al Mirfa, the conditions playing a part from there, while a group 26 riders got away with 111 kilometers still to go.

From there, the group stayed away until van der Poel succeeded in sprinting off the front of the reduced bunch to take the win and an early race lead.

“I had good legs from beginning after at the intermediate sprint a got into the big group went away. I knew I could finish it off in the sprint but didn’t expect to win it all. I knew my sprint gets better and better when it is hard and that I had to be in the right position. It’s real nice to start my road season with a win.”