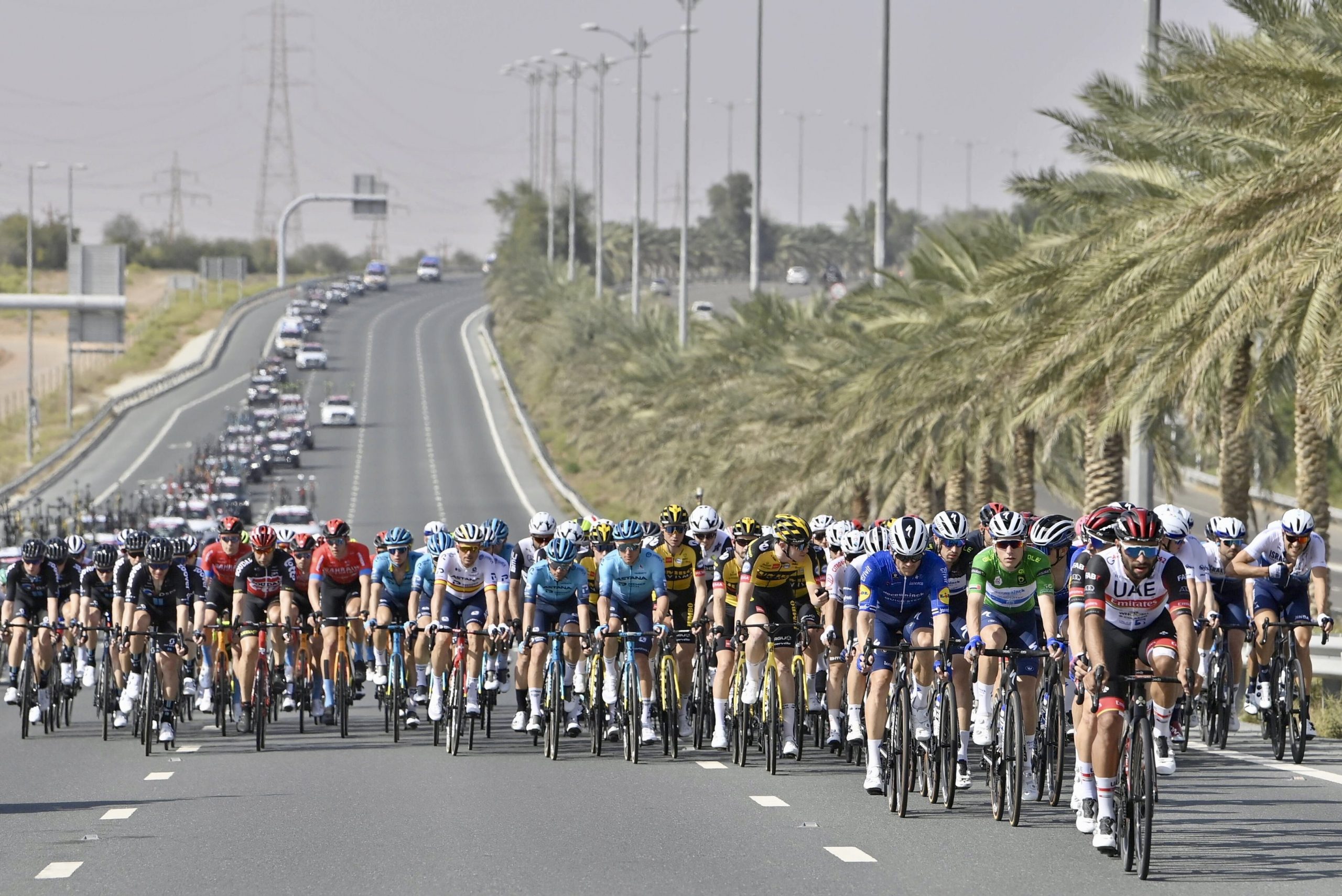 Tadej Pogacar beat Adam Yates in a sprint finish to claim stage 3 of the UAE Tour today, extending his lead in the general classificationto 43 seconds.

The Tour de France champion (UAE Team Emirates) caught the INEOS Grenadiers rider, who looked to have a slight lapse in concentration during the closing moments, to take victory atop the climb of Jebel Hafeet.

Despite his victory and time advantage, Pogacar insists the race is not won yet, “no, it’s still four stages (to go), anything can happen.”

Pogacar was delighted with the win and said he executed his game plan to perfection.

“I knew exactly the sprint, what I needed to do, I started early and because (there are) two corners, the guy behind – it’s hard to pass, so it was an advantage to sprint first. We wanted the win, we got one, it was a really tough day, kind of stressful but the team did a super, super good job.”

Tony Gallopin (AG2R Citroën Team) and Thomas De Gendt (Lotto Soudal) formed the escape of the day. But, the duo was eventually caught with eight kilometers to go.

UAE Team Emirates set the pace on the first slopes of the Jebel Hafeet, quickly weeding out the competition.

Soon after, Ineos Grenadiers took over the pace setting duties with the goal of setting up last year’s winner – Yates.

Jumbo-Visma’s Sepp Kuss tried a surprise attack, but the American rider was reeled back in by Yates and Pogacar.

From there, Yates tried a series of attacks in an attempt to jettison Pogacar, but the Slovenian rider proved to be the stronger of the two during the final sprint.