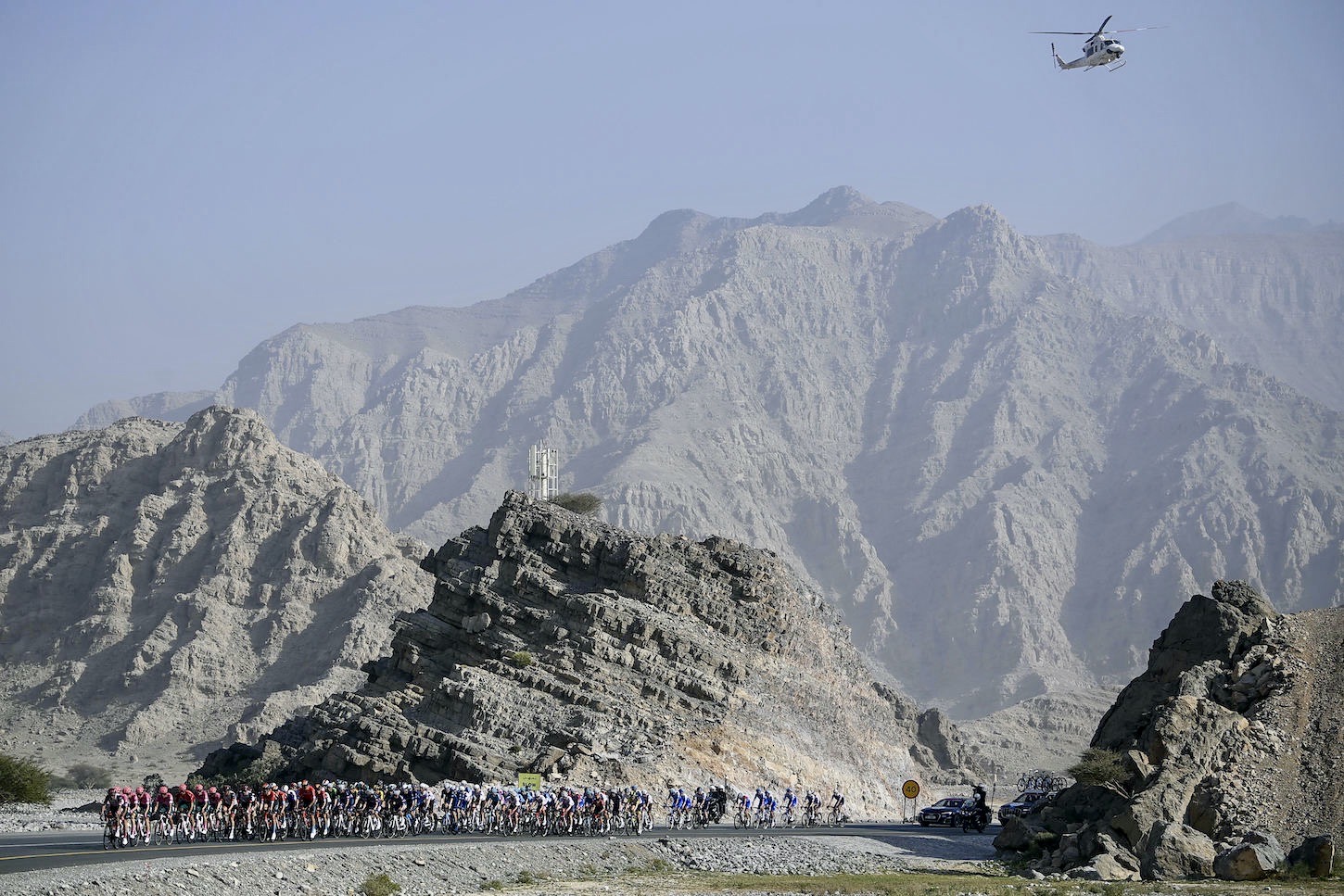 Tadej Pogačar (UAE Team Emirates) proved to be the strongest rider along today’s final climb, claiming stage 4 of the UAE Tour while also moving into the leader’s jersey.

The peloton was slowly whittled down during the last 40 kilometers as the race began to tackle the finishing climb to Jebel Jais, but there was still a sizable lead group as the field entered the final 4 kilometers.

UAE and Ineos Grenadiers were trying to tee up Pogacar and Adam Yates respectively, but they were unable to shed their rivals as the final climb loomed ahead.

When Pogačar made his move, no one could match the Slovenian rider’s aggressions, who easily accelerated to victory.

Earlier, stage 2 winner Mark Cavendish (QuickStep-AlphaVinyl) was caught up in a  crash after going down on a speed bump. But, the British rider was able to remount and continue the race.

Jakob Egholm (Trek-Segafredo) and Luca Rastelli (Bardiani-CSF-Faizane) animated the stage early-on, after the duo went on the offensive during in the opening kilometers.

From there, the escapees went on to open up a modest advantage of around five minutes.

In the meantime, Jasper Philipsen (Alpecin-Fenix), who outsprinted Dmitry Strakhov (Gazprom-Rusvelo) for third at the intermediate sprint with 35 kilometers to go, decided to set-off on his own, only to be rejoined by Strakhov and his Alpecin-Fenix teammate Jonas Rickaert.

Inevitably, both of the breakaway groups were swept up as UAE Team Emirates worked to set-up Pogačar on the final climb.