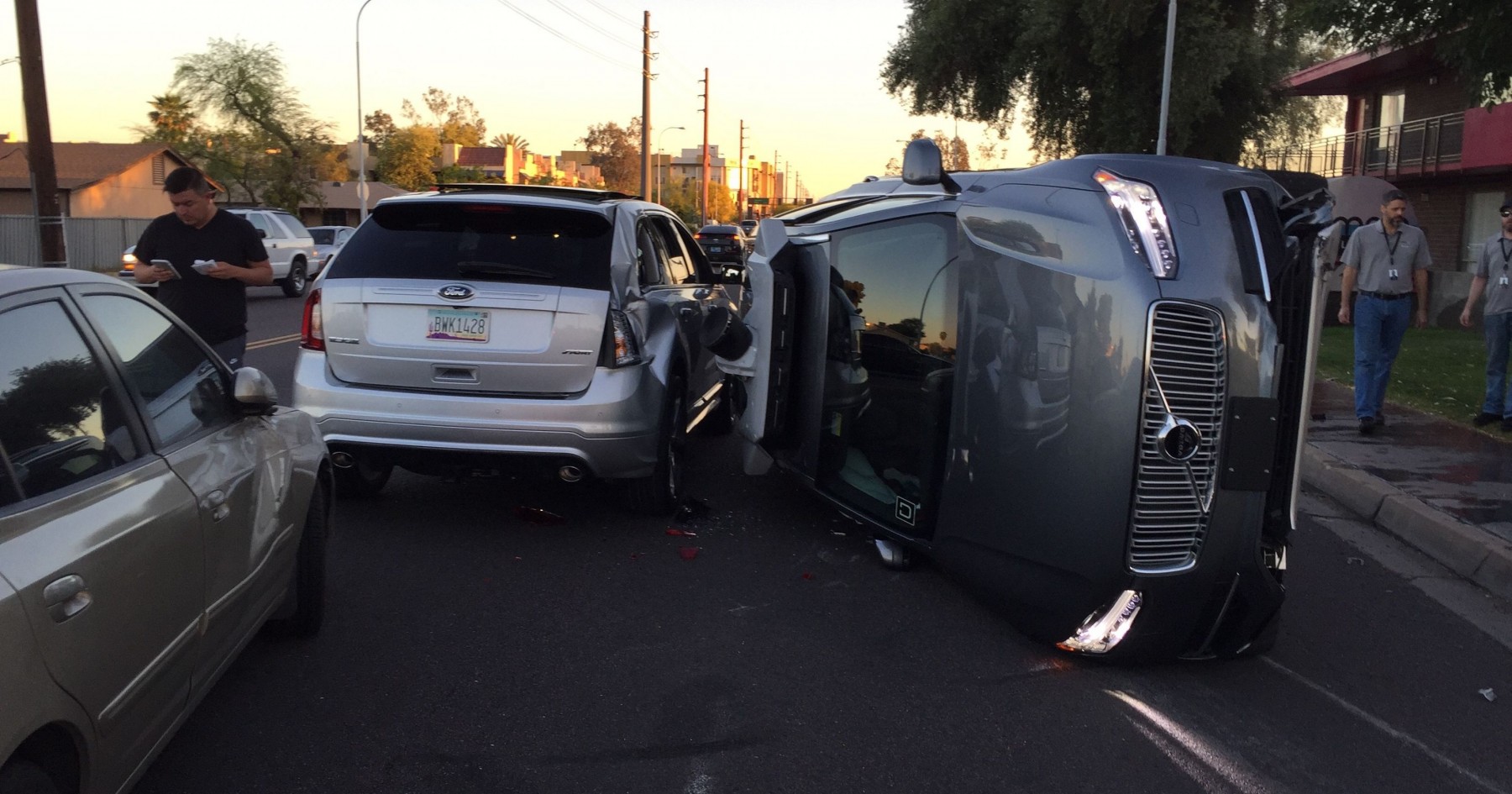 Uber has suspended its trial of self-driving vehicles after one ended up on its side following a crash in Tempe, Arizona.

The vehicle—a Volvo XC90—was driving autonomously with a pair of Uber engineers up front but no passengers, when another vehicle failed to yield. No one was seriously injured, and the incident occurred on a stretch of road that locals say “isn’t very safe.”

Even so, the company said it was grounding driverless cars involved in a pilot program in Arizona, Pittsburgh and San Francisco pending the outcome of investigation into the crash on Friday evening in Tempe.

“We are continuing to look into this incident,” an Uber spokeswoman said.

The accident occurred when the driver of a second vehicle “failed to yield” to the Uber vehicle while making a turn, said Josie Montenegro, a spokeswoman for the Tempe Police Department.

“The vehicles collided, causing the autonomous vehicle to roll onto its side,” she added. “There were no serious injuries.”

Two ‘safety’ drivers were in the front seats of the Uber car, which was in self-driving mode at the time of the crash, Uber acknowledged, a standard requirement for its self-driving vehicles. The back seat was empty.

Photos and a video posted on Twitter, showed a Volvo SUV flipped on its side after an apparent collision involving two other, slightly damaged cars. Uber said the images appeared to be from the Tempe crash scene.

When Uber launched the pilot program in Pittsburgh last year, it said that driverless cars “require human intervention in many conditions, including bad weather.” It also said the new technology had the potential to reduce the number of traffic accidents in the country.

The collision comes days after Uber’s former president Jeff Jones quit less than seven months after joining the San Francisco-based company, the latest in a string of high-level executives who have departed in recent months.