In preparation for the 2016 UCI World Championships, members of the UCI, along with organizers from the Doha2016 cycling committee, met in conference at the World Championships in Richmond, Virginia yesterday, to discuss plans for next year’s race.

The Press Conference provided the opportunity for Doha 2016 Organizing Committee, to announce to the international media all of the technical details of the next year’s UCI Road World Championships.

Following the conference, the committee issued this press release today:

Reaffirming the Qatar vision 2030, aimed at bringing together long term sustainable development including Economic Prosperity, Environmental Protection, Human and Social developments; Supporting the Qatar Olympic Committee mission for the State of Qatar to become a leading nation in bringing the world together through sustainable sport development.

Contributing to the achievement of the Qatar Olympic Committee vision to become a leading nation in bringing the world together through sustainable sport development; And recalling the Qatar Cycling Federation’s mission to be recognized as the main promoter for cycling sport in Qatar and the region; It is a great honor and pleasure for all members of Qatar Olympic Committee to prepare the UCI Road World Championships to be held in October 2016 in Doha – State of Qatar.

Qatar will become the first Middle East and Arabic country to host the UCI Road World Championships organised on a yearly basis by the UCI since 1921.

The unforgettable experience will be totally different as for the first time, the broadcasting will be through very outstanding parcours passing by the Traditional Arabic Village of Katara and the state of the art residential island of The Pearl.

The Arabian well-known hospitality, the windy weather, the Arabic Gulf surroundings, and the generous touches will add different flavors to the Doha2016 World Championships.

In line with Qatar National Vision, Qatar has been contributing to the promotion of sport in the world and in using it as means of communication and of strengthening ties between different nations and peoples, by hosting multiple regional and international sports events in recent years. This led the sport infrastructure to being comprehensively and increasingly developed, allowing Qatar to become an international sport hub.

I would like also to reaffirm the committed partnership between the Organizing Committee of Doha 2016 and all national stakeholders, including Qatar Olympic Committee, Ministry of Interior, Qatar Cycling Federation, Qatar Tourism Authority, Ashghal Public Authority, Ministry of Transportation, Aspire Zone and others to provide the full support for the successfulness of those Championships , confirmed Khalid bin Ali Al-Thani. 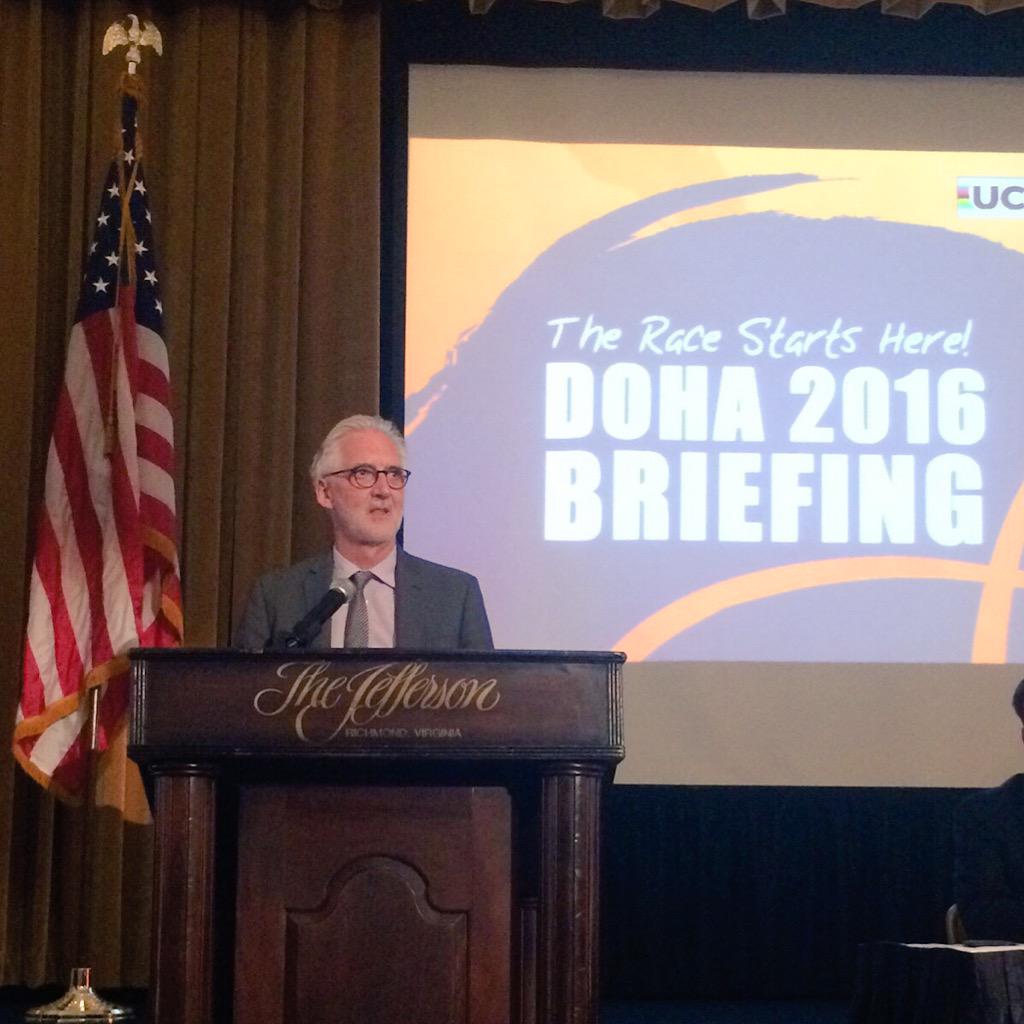 With some 1000 athletes taking part, hundreds of media representatives covering the event, hundreds od thousands of fans gathered along the road side and many millions more watching on TV, we need to be sure that the organisation is perfect. Next year, for the first time, we take our Road World Championships to Qatar. Qatar already has a strong tradition hosting high-level cycling events, in particular with the Tour of Qatar, the Ladies Tour of Qatar and the Tour of Al Zubarah. 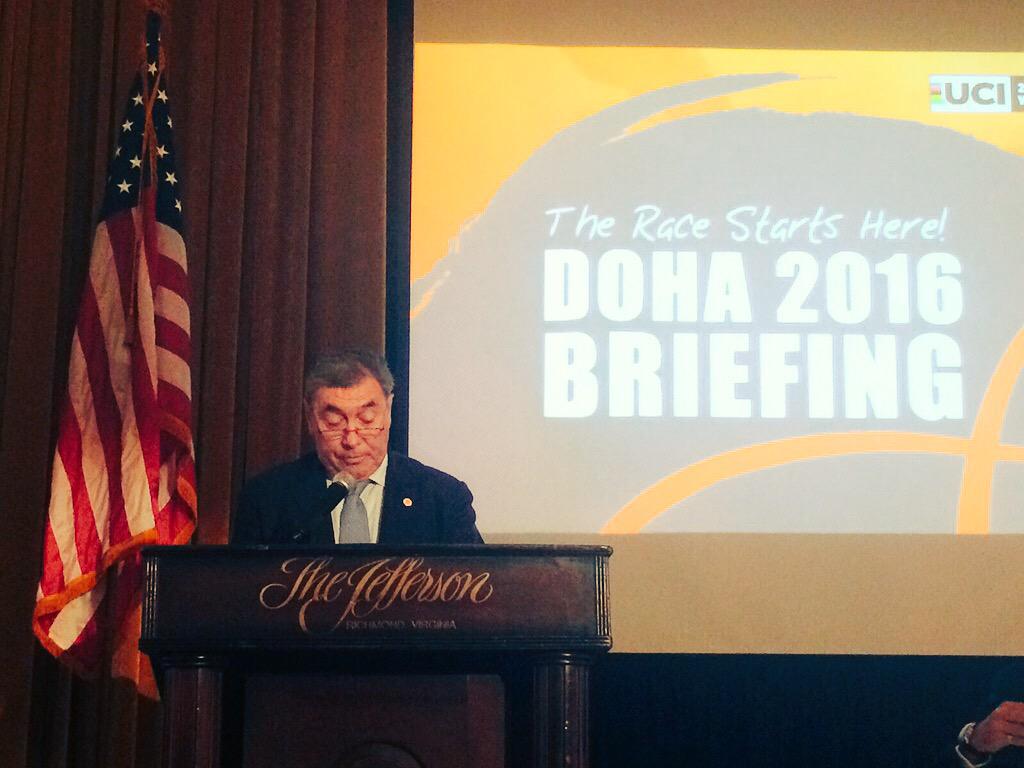 It is an honor for the country to to be able to organize the first UCI Road World Championships in the Middle East. It sets an example of a country who promote sport among its people and internationally. Qatar has a very successful track record in the organization of professional cycling competitions, it has been a pioneer in this field, organizing the Tour of Qatar since 2002. Its pionering record was furthered by the creation of the Ladies Tour of Qatar in 2009. It has also, in the intervening years, developped a clear and very successful strategy to host high level international sporting events from the Asian Games in 2006 to the Handball World Championships this year.

The course design has been optimised to introduce challenging technical elements and creates the best possible race. The organization Committee did not try nor even think to build an articial mountains or climb to make the race different, harder. On the contrary, it prefered to work on the specifities of the country.

Qatar is and will remain a flat country, a peninsula surrounded by the sea on the Arabic Gulf, a country opened to the wind, with big ang large roads and of course with a very big presence of the desert. It is on all those aspects that we worked to build and propose routes for the UCI Road World Championships 2016.

Whereas other races have mountains as a competitive factor to create a selective parcours, Qatar has its impredictable desert wind. Naturally Qatar is flat and the course will be suited for sprinters. But in 14 Tour of Qatar, it has never had a non-selective nor a non competitive race! Moreover the unique parcours that has been designed while technicaly challenging for the riders is also the first to take in three distincts terrains: city, desert and coastline.”