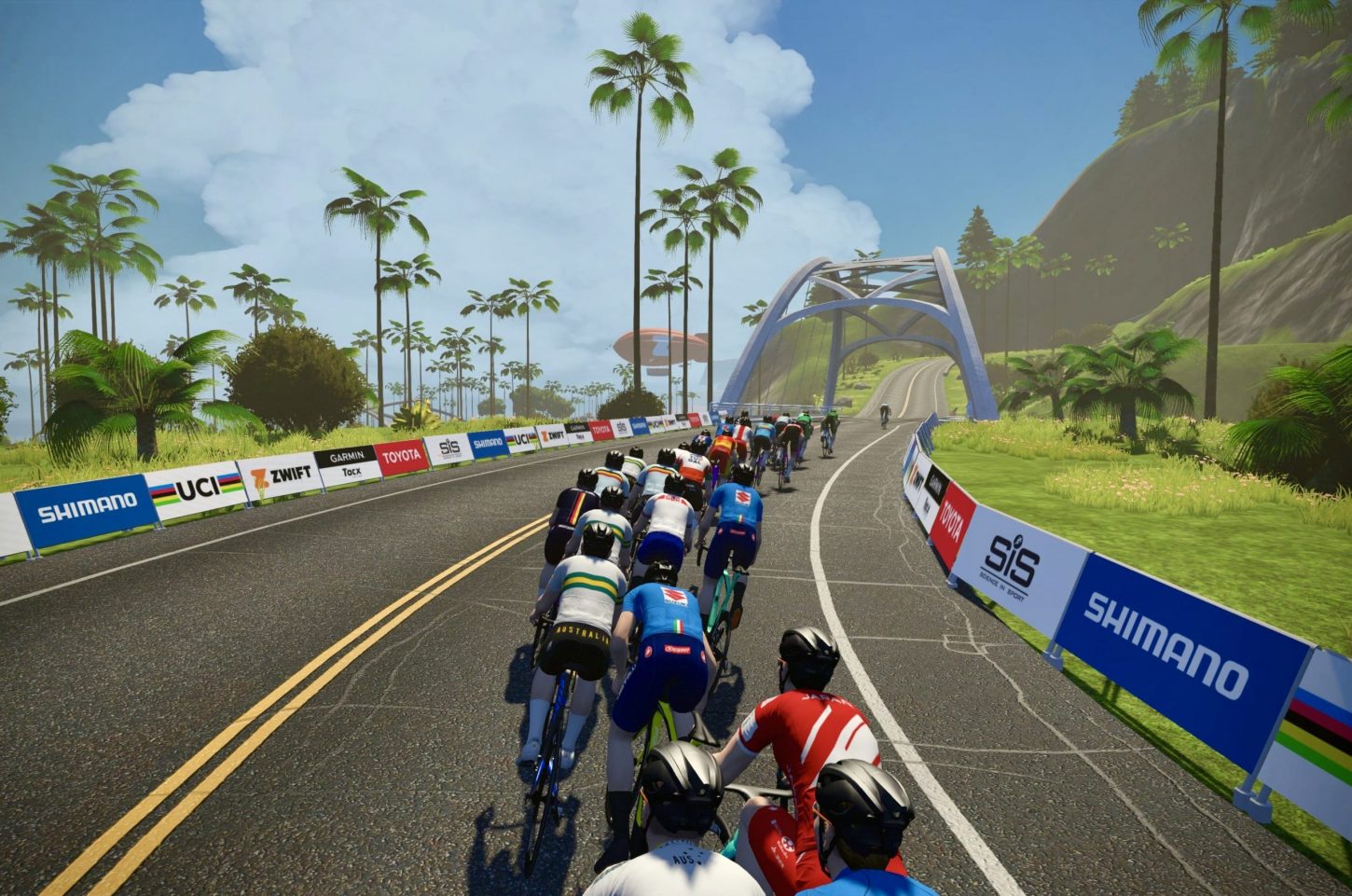 Cycling’s governing body, the Union Cycliste Internationale (UCI) and its partner Zwift, have announce the format for the 2023 UCI Cycling Esports World Championships, which will take place on 18 February.

The 2023 UCI Cycling Esports World Championships will consist of three short and explosive events: The Punch, The Climb and The Podium, which will be contested on three separate routes.

The new format will be the same for both men and women. The two pelotons will each consist of a maximum of 100 riders who will have earned the right to start through a qualification system.

The Punch (one men’s and one women’s race) will see the 100 riders of each gender at the start a 13.8km race over rolling terrain. This first race will be crucial, as only the top 30 will qualify for the next race, with the rest being eliminated from the competition.

The second race will see the remaining 30 riders (both male and female) start The Climb. Also in a short format, The Climb will consist of hill repetitions on a specially designed hill climb, with a total length of 8.5 km and 162 m of vertical gain. Only the top 10 finishers of both categories will advance to the next stage, The Podium.

The Podium will take place on the last of the three new circuits containing short, challenging climbs, and will see riders fighting for position, as one rider is eliminated through each archway until three riders remain. These riders will then battle it out to the finish in a bid to win the title of UCI World Champion.

The start list for the 2023 UCI Cycling Esports World Championships is expected to be announced in early 2023.

Last year, Loes Adegeest earned a place on the Dutch national team through the continental qualifiers. She then pulled off a surprise win at the 2022 UCI Cycling Esports World Championships after dropping reigning UCI World Champion Ashleigh Moolman Pasio (RSA) on the steep final climb. The continental qualifiers could therefore once again prove to be the springboard to success.

UCI President David Lappartient said: “The new format for the UCI Cycling Esports World Championships is in line with our desire to continue innovating and increasing the appeal of our sport. Our first two UCI World Championships for cycling esports were a great success, and now we have increased the excitement with three separate events that will gradually eliminate members of the peloton”.

Zwift CEO and Co-Founder Eric Min said: “Together with the UCI, we’re thrilled to continue our innovation in cycling esports with this new multi-event format. Both riders and spectators will have an opportunity to experience this new format this weekend with the UCI Continental Qualification races. The racing is going to be fast-paced and tactical. I hope that we may once again unearth some hidden talent here.”