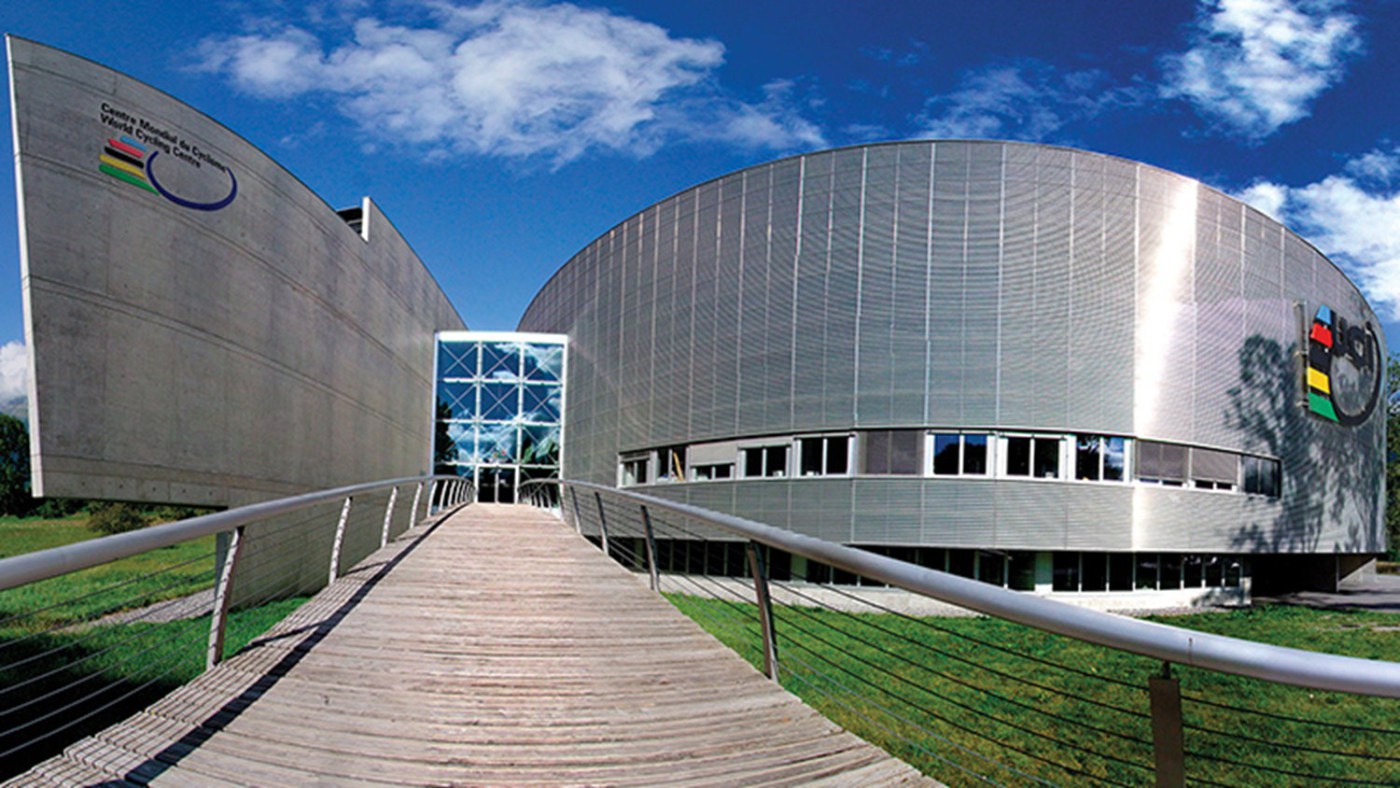 Having sat for the last three days in Arzon (France) for its second meeting of the year, the Management Committee of the Union Cycliste Internationale (UCI) has approved the Agenda 2022 which includes a number of important structural initiatives concerning the future of the Federation and cycling, most notably with regards to the role of women.

A true strategic road map for the next four years, the Agenda 2022 was validated after being debated by the Management Committee. This document clarifies the UCI’s concrete objectives in the five areas identified by President David Lappartient during his presidential campaign in 2017:

The Agenda 2022 will be published on the UCI website after its ratification by the Congress on September 28.

Concerning the place of women in cycling, it was decided that from the 2019 season onwards, all employees of UCI Women’s Teams will be required to sign a strict Code of Conduct that aims to raise awareness of and increase responsibility around the harassment that certain riders may face, including from within their own teams. Once it has been signed, this document must be sent to the UCI along with the team’s registration documents. Failure to respect the Code of Conduct will result in sanctions being applied, in accordance with the UCI Code of Ethics.

After recalling the significant progress made on the sporting side in the last few years, the Management Committee acknowledged the work undertaken over the past few months by the UCI administration to develop and implement a Charter to promote gender equality in cycling. One of the first measures being developed is the creation of a gender equality policy within the UCI administration, which will form an integral part of the staff regulations and will also be available on the website. The aim of this policy is to guarantee equal, respectful and fair treatment for everyone, particularly with regards to recruitment, and ensuring that men and women are given the same professional opportunities. The Charter also contains the fundamental principles according to which the UCI wishes to implement equal pay.

In this regard, the 2017 UCI Annual Report, which was approved by the Management Committee during the meeting in Arzon, provides comparative male/female average remuneration – a first for an International Sports Federation – as an example of the UCI’s commitment to achieving equal treatment for women in all areas of the sport, from the athletes to administration staff.  The audited financial statements show that the UCI’s consolidated reserves stand at 52.9M Swiss Francs (including the velodrome and the UCI’s office which are valued at CHF 25M). This healthy financial situation allowed the Management Committee to approve the launch of many of the initiatives contained in President Lappartient’s manifesto, including a boost to the training and solidarity activities of the UCI World Cycling Centre (see below).

The Management Committee also approved the distribution by the UCI of equal prize money for men and women in the different overall standings of the Telenet UCI Cyclo-cross World Cup. This decision means that perfect gender parity in prize money paid by the UCI has now been reached across all disciplines and all UCI competitions. It was also decided that prize money paid by organisers of the Telenet UCI Cyclo-cross World Cup will gradually increase over three seasons, starting in 2019/2020, so as to reach perfect parity in 2021/2022.  Finally, the decision was taken to add a Women Junior (age 17-18) category to the Telenet UCI Cyclo-cross World Cup programme, beginning from the 2020/2021 season, i.e. following the introduction of the same category in the discipline’s 2020 UCI World Championships to be held in Dübendorf (Switzerland).

Purely on the sporting side, the establishment of one event bringing together the UCI World Championships for several disciplines, has taken another step forward thanks to the approval given by the UCI Management Committee.

For the first time in the history of cycling, this event will bring the World Championships for several disciplines together in one region, as part of a true festival of cycling lasting between 17 and 19 days. To be held every four years, in each pre-Olympic year starting from 2023, this UCI event will bring together the following World Championships: Road, Mountain Bike (cross-country Olympic, cross-country Marathon and downhill), Track, BMX Racing, Urban Cycling (BMX Freestyle Park, trials and mountain bike Eliminator), Para-cycling Road, Para-cycling Track, Indoor Cycling (artistic cycling and cycle-ball) and Gran Fondo.

Preliminary studies suggest the event would attract no fewer than 120 participating countries, 2,600 elite athletes, 6,000 amateurs and 10,000 accredited individuals, including 700 journalists. This event will bring elite and amateur athletes together thanks to the Gran Fondo and BMX World Challenge events, as well as the mass start events on the road and in the mountain bike Marathon. The event will represent a unique platform of exposure for cycling’s different disciplines. Fans will also have the opportunity to watch several UCI World Championships in the same geographical area, thus limiting their costs and allowing them to discover new disciplines. The host city will have the opportunity to become the true capital of cycling for almost three weeks, using its existing infrastructure. It will also be able to showcase its city centre, where it can hold competitions for disciplines such as trials or BMX Freestyle Park.

UCI President David Lappartient said: “I am very happy with the approval of Agenda 2022 by the UCI Management Committee, which contributed to its creation. Based on the programme “Our Passion” which I championed last year during the presidential campaign, this document will now serve as a plan of action for the UCI administration during the four coming years.

“It contains crucial initiatives for guaranteeing equality between men and women, whether they be riders, Federation employees or any other women involved in our sport. It is essential that we all work together for this cause, which is one of my biggest priorities for action.

“This document also contains a totally new concept: one event bringing together several UCI World Championships in the same place, at the same time, as part of a festival of cycling that already sounds fantastic.”

As promised by David Lappartient during his campaign and now substantiated in the Agenda 2022, the UCI’s 190 National Federations will benefit from increased support in the upcoming years. Therefore, a certain number of measures have already been undertaken, such as the provision of increased resources for the UCI’s International Relations Service, the creation of the Solidarity and Emerging Cycling Countries Commission, and the strengthening of the UCI Solidarity Programme.

The UCI World Cycling Centre (WCC), a fundamental tool in the UCI’s development strategy, saw its vision for 2019-2025 validated this week by the UCI Management Committee. Although the central axe of this strategy remains the training of athletes in cycling’s five Olympic disciplines (road, track, mountain bike, BMX Racing and BMX Freestyle), it was decided to create the World University of Cycling, whose role will be to offer training to National Federations in all our sports’ careers (manager, commissaire, coach, mechanic, sport director, agent and different medical specialities). This evolution will go hand in hand with the strengthening of the UCI WCC’s network of satellites throughout the world and new facilities at the UCI headquarters in Aigle (Switzerland).

In the medical field, the Management Committee welcomed the recent arrival of Professor Xavier Bigard as UCI Medical Director and made some important decisions concerning glucocorticoids and analgesics (notably Tramadol).

As a reminder, glucocorticoids can trigger undesirable side-effects which, in the case of an accident or medical emergency, can be life threatening. For cyclists, we must consider that the potential consequences of corticosteroids are a medical contraindication for practising sport in competition.

For this reason, the UCI will call on the opinion of international experts in order to define which tests must be carried out before a competition to detect a possible adrenal insufficiency which would therefore be a medical contraindication for competition. A low level of cortisol would therefore mean it is impossible to start the race. In addition, it was recalled that local infiltrations of glucocorticoids must be declared by the team doctors and lead to a minimum of eight days off work and competition.

Concerning Tramadol, this is a strong analgesic, associated with significant undesirable side-effects such as dizziness, loss of alertness, drowsiness, or physical dependency and risks of addiction to opioids.

The UCI has therefore decided to commit to a move towards banning the use of Tramadol in competition for health reasons. This process is currently underway and in the short term will lead to the integration into the UCI Medical Rules of provisions to ban Tramadol.

It is envisaged that these two measures concerning glucocorticoids and Tramadol will be put in place for 1st January 2019.

Following nearly three years of tests, and in agreement with various stakeholders – teams, riders, mechanics, fans, commissaires, and the bicycle industry via the World Federation of the Sporting Goods Industry (WFGSGI) – the decision has been taken to authorise disc brakes for road and BMX Racing, as of 1st July this year. Point 1.3.025 of the UCI Regulations will be amended to this effect, to allow the use of disc brakes during training and competitions for road and BMX Racing, as is already the case for cyclo-cross, mountain bike, trials and mass participation events.

The Management Committee has also approved the registration of snow bike events on the UCI International Mountain Bike Calendar, in Class 3, from 2019, with the agreement of each relevant National Federation. This decision will allow for a UCI Snow Bike World Cup (four rounds in four countries) to take place from 2020.

The integration of Enduro World Series events into the UCI Mountain Bike International Calendar from 2019 was also validated. This decision comes alongside the return of the Trophy of Nations, an event for national teams held at the end of the season which will see the winners receive the prestigious UCI rainbow jersey.

An Enduro race includes several transfer stages, where riders start individually, and several timed stages over all types of terrain. Every timed session must be principally downhill, but short sections of pedalling are acceptable. Transfer stages may include climbs where it is necessary to pedal, and assisted climbs (cable-cars, trucks, etc.). The overall ranking for the event is established by adding together the times from each timed stage.

The Management Committee also decided to award the UCI Junior Track Cycling World Championships to Frankfurt on the Oder (Germany) in 2019, and Cairo (Egypt) in 2020.

Finally, the competition formats for BMX Racing and BMX Freestyle Park at the Tokyo 2020 Olympic Games were approved.

The next UCI Management Committee meeting will be held on 25th-27th September 2018, in Innsbruck-Tirol (Austria) alongside the 2018 UCI Road World Championships.