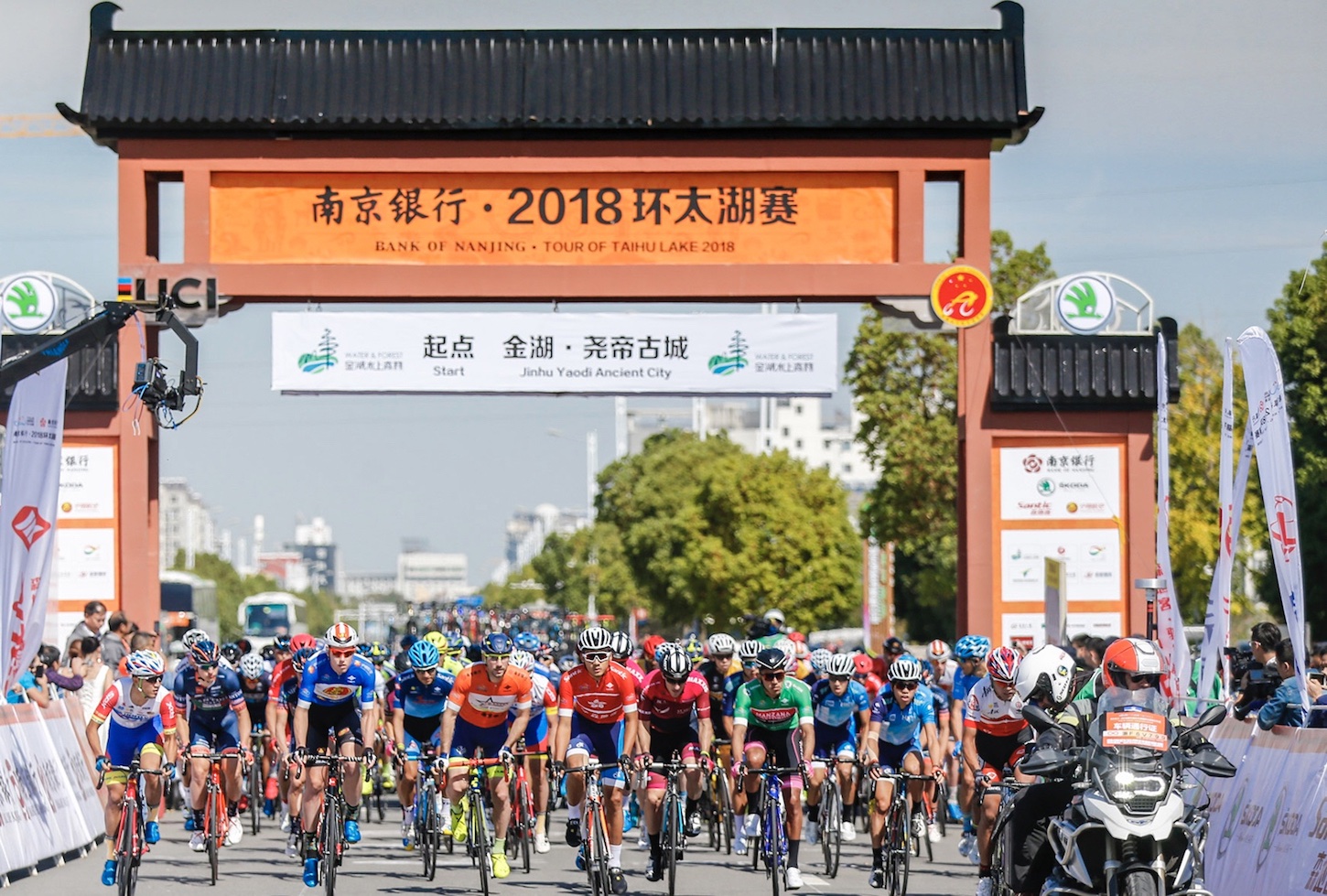 The Tour of Taihu Lake in China was held for the ninth time on October 7-14. The UCI 2.1 race is part of the UCI Asia Tour, and takes place in and around Wuxi, a city near Shanghai in eastern China that sits on the banks of Taihu Lake, one of China’s largest freshwater lakes.

The race coverd 808.2 kilometers over eight stages, beginning with a 5.5km prologue, won by Dylan Kennett (St George Continental Cycling Team), who also won Stage 4. Kennett held the leader’s jersey through stage 2, before losing it to eventual overall winner Boris Vallée (Wanty – Groupe Gobert) on stage 3, where Vallée finished second to stage winner Juan Sebastian Molano (Manzana Postobon).  Vallée remained in the leader’s jersey for the rest of the race, to take the overall title ahead of Benjamin Dyball (St George Continental Cycling Team) and Alex Cataford (UnitedHealthCare), both of whom finished 19 seconds back.

South African Daryl Impey (Mitchellton – Scott) became the new leader of the UCI Africa Tour at the end of October, which begins the 2019 rankings. Impey had a strong start to 2018, winning the Santos Tour Down Under UCI WorldTour stage race. On the UCI WorldTour, he also won a stage of the Critérium du Dauphiné, finished second in stages of the Volta Ciclista a Catalunya and Tirreno-Adriatico, and fourth in a stage of the Tour de France. In South Africa, he won both the national road race and time trial titles.