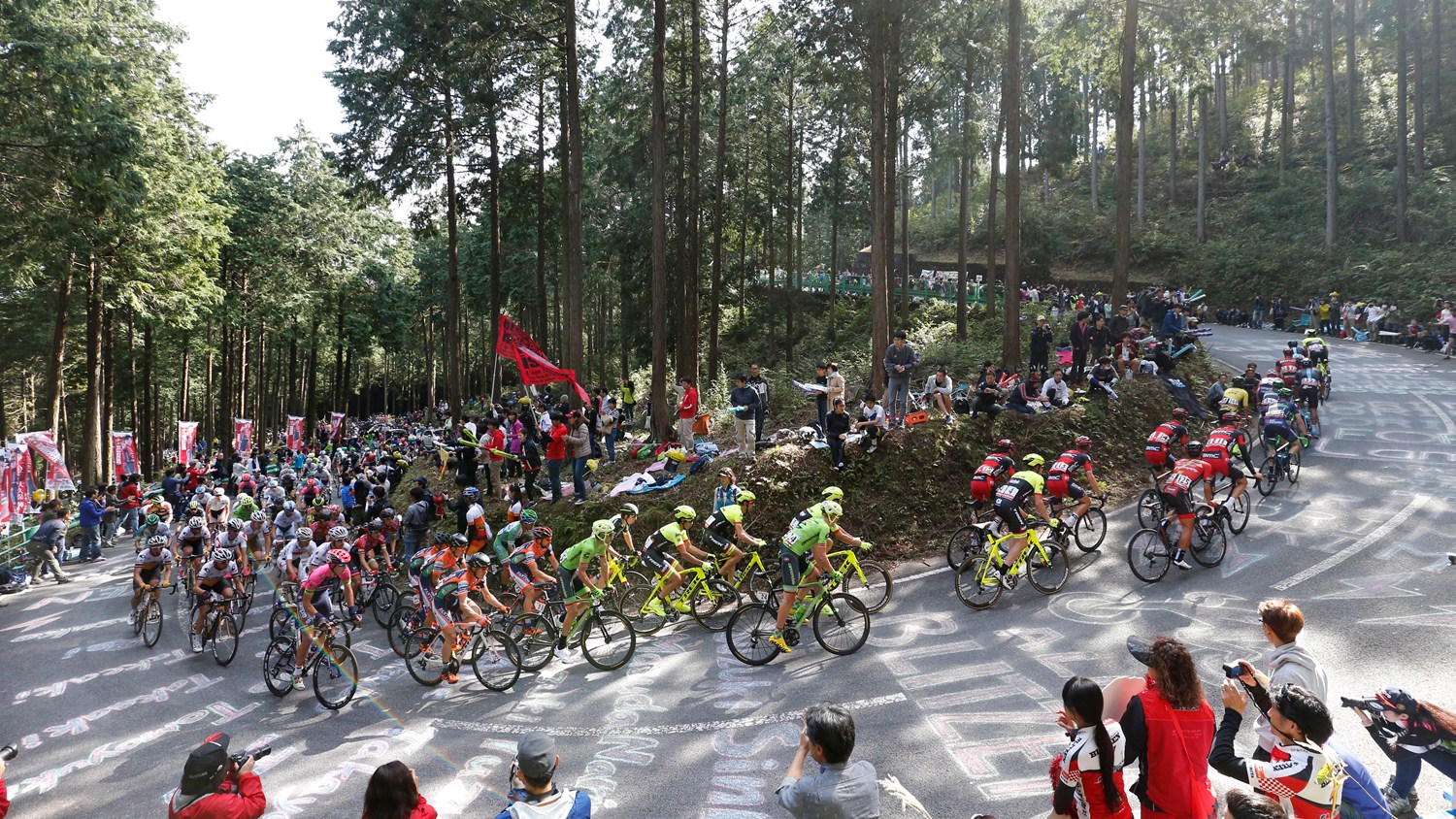 The 2016 UCI Asia Tour concluded with the Japan Cup Cycle Road Race in Utsunomiya on Sunday, October 23rd. It was the 25th anniversary of this 1.HC-ranked event, which has been held every year since 1992. The race is held on a circuit around the Utsunomiya Forest Park where the 1990 UCI Road World Championships took place. Every year, it attracts thousands of enthusiastic Japanese fans.

Davide Villella (Cannondale-Drapac Pro Cycling Team) won this year’s edition, which covered 14 laps of a 10.4km circuit. It was the first victory on the UCI Asia Tour circuit for Villella, as well as the tenth win of the season for Cannondale-Drapac.

Villella was part of a lead group of approximately 25 riders coming into the final lap, and launched an attack on the Kogashi climb, the steepest on the circuit. He held off Christopher Juul Jensen (Orica-BikeExchange) by six seconds at the finish line, with Jensen’s team mate Robert Power leading a small chase group in for third at 14 seconds.

Alexey Lutsenko of Petropavl, Kazakhstan, continues to improve every year. He moved into the lead of the UCI Asia Tour at the end of October to win the 2016 overall individual ranking.. After riding for the Astana Continental Team in 2012, he has been a member of the UCI WorldTour team Astana Pro Team WorldTour since 2013.

Lutsenko first showed his abilities in 2010 at the Asian Junior Road Championships, when he won the road race and finished second in the time trial. In 2012, he had a breakthrough year, with stage wins at the Tour de l’Avenir, Tour de Bulgaria and Giro della Valle d’Aosta, capping his season with the UCI World Champion title in the Under-23 Men’s road race. In 2014, he completed his first Grand Tour, finishing 100th at the Vuelta Espana. 2015 saw stage wins at the Tour de Almaty and Tour de Suisse, and his current season includes his first major overall stage race win at the Tour of Hainan, plus 62nd place at the Tour de France.