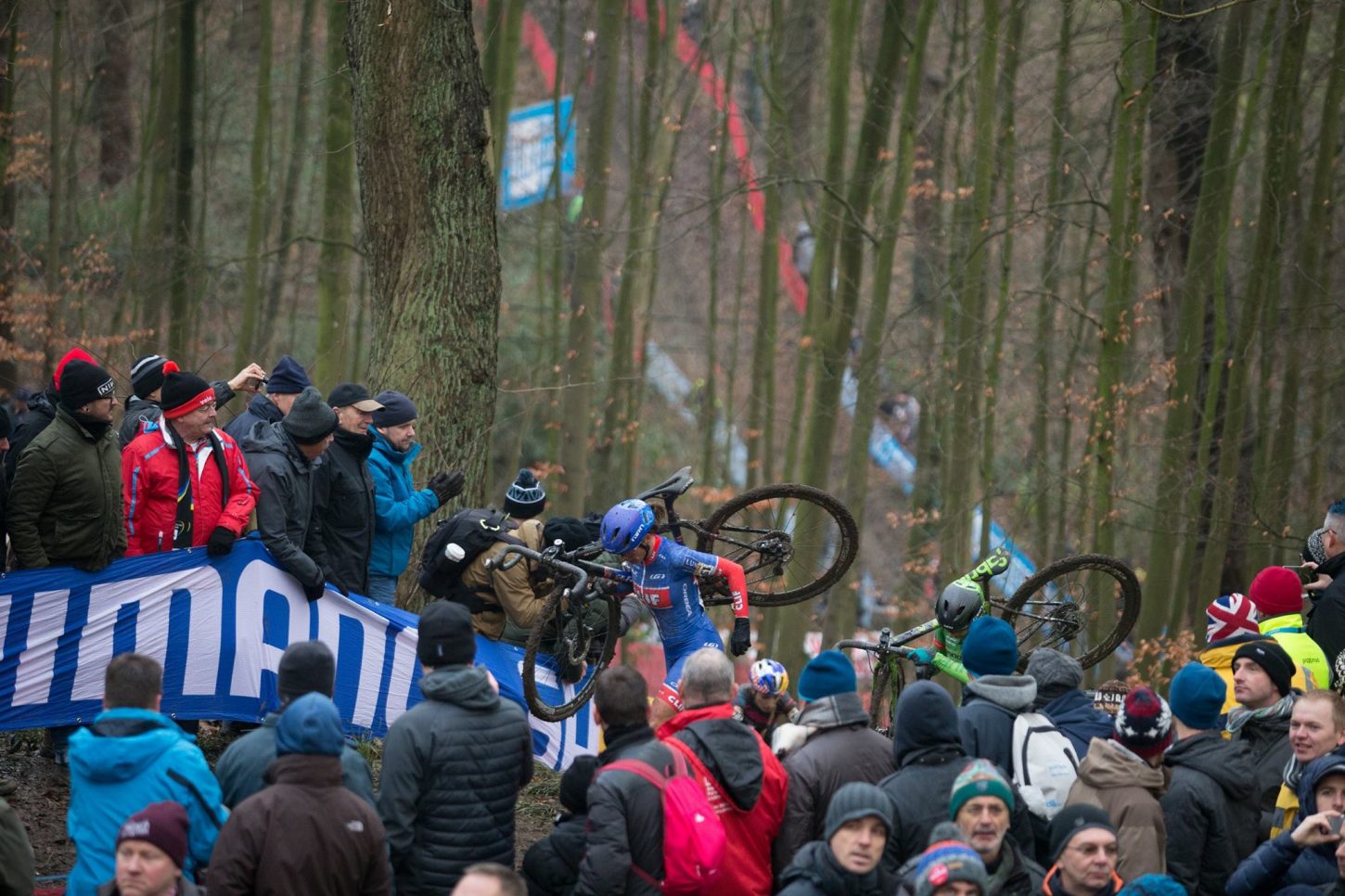 The Telenet UCI Cyclo-cross World Cup headed to the south of Belgium for the sixth round at the citadel of Namur. The 2600m long technical course featured 83 meters of elevation on the muddy slopes of the citadel, making for the toughest race of the season.

There was a major upset in the Women’s race, with 20-year-old Evie Richards (Great-Britain) capturing her first-ever UCI World Cup victory. Riding her first World Cup round of the season Richards, the 2016 Under-23 UCI World Champion, started off the back but soon began moving up the pack, clocking fastest lap times. Halfway through the race, she bridged up to leaders Eva Lechner (CLIF Pro Team), Katherine Compton (USA) and compatriot Nikki Brammeier (Boels Dolmans Cycling Team) before pulling away to win by 15 seconds in front of Brammeier and Lechner.