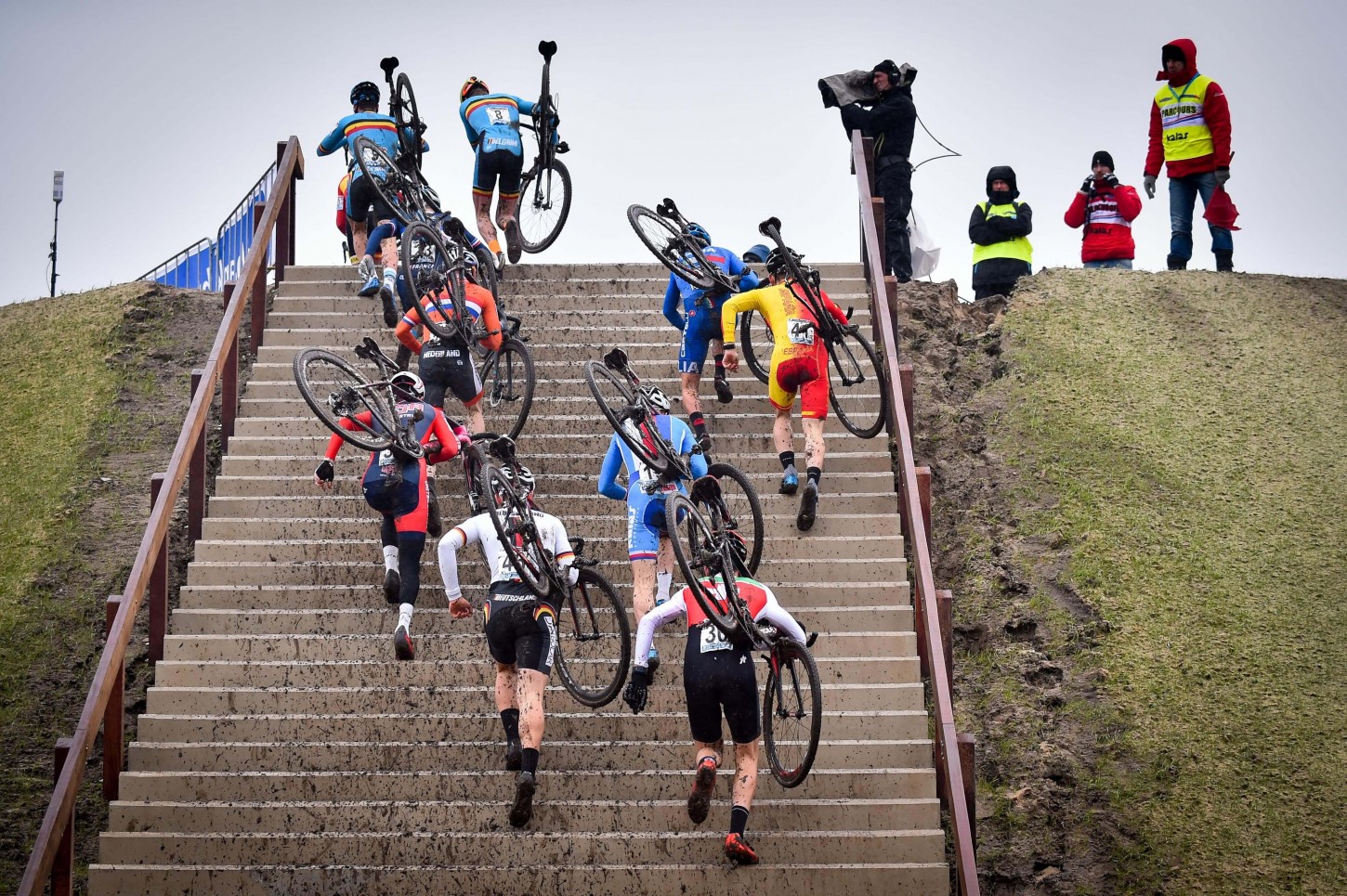 The fourth round of the Telenet UCI Cyclo-cross World Cup was set to take place in the sand dunes of Koksijde, Belgium. 175 riders from 16 nations were scheduled to take the start on Sunday 20th November. Foul weather circumstances forced the UCI and the organisers to change their plans. Due to the heavy storm, passing over Koksijde and the rest of Belgium, the decision has been taken to cancel the round. The organisation committee, the city of Koksijde, the UCI and the security services agreed on this decision as the security of the riders, volunteers and the public could not be assured.

– What you should know about… Zeven –

It’s the first time the town in the Elbe-Weser triangle features in the Telenet UCI Cyclo-cross World Cup. In fact, it’s been more than 10 years since the UCI hosted a World Cup round on German soil. The course at the ‘Hinter der Ahe’ forest features lots of flat grass sections with U-turns, small dams and a short climb near the lake. Former UCI World Champion Hanka Kupfernagel said the course will be very exhausting when it’s wet and thus muddy. When it’s dry, it’ll be extremely fast.

Dutch rider Mathieu van der Poel (Beobank-Corendon) was the UCI’s youngest-ever Elite Men Cyclo-cross World Champion in 2015. Despite still only being 21 years old Van der Poel is one of the best cyclo-cross riders in the world. He also won the Junior Men Road World Championships back in 2013, proving he’s also got loads of potential on the road. Knee problems have hindered him at the start of the current and previous seasons, forcing him to miss the first few Telenet UCI Cyclo-cross World Cuprounds each time. He’s currently second place in the UCI rankings behind World champion Wout Van Aert. He’ll be the man to watch in Zeven, Germany as he’s won all five of the World Cup rounds he participated in since Namur, back in December 2015.