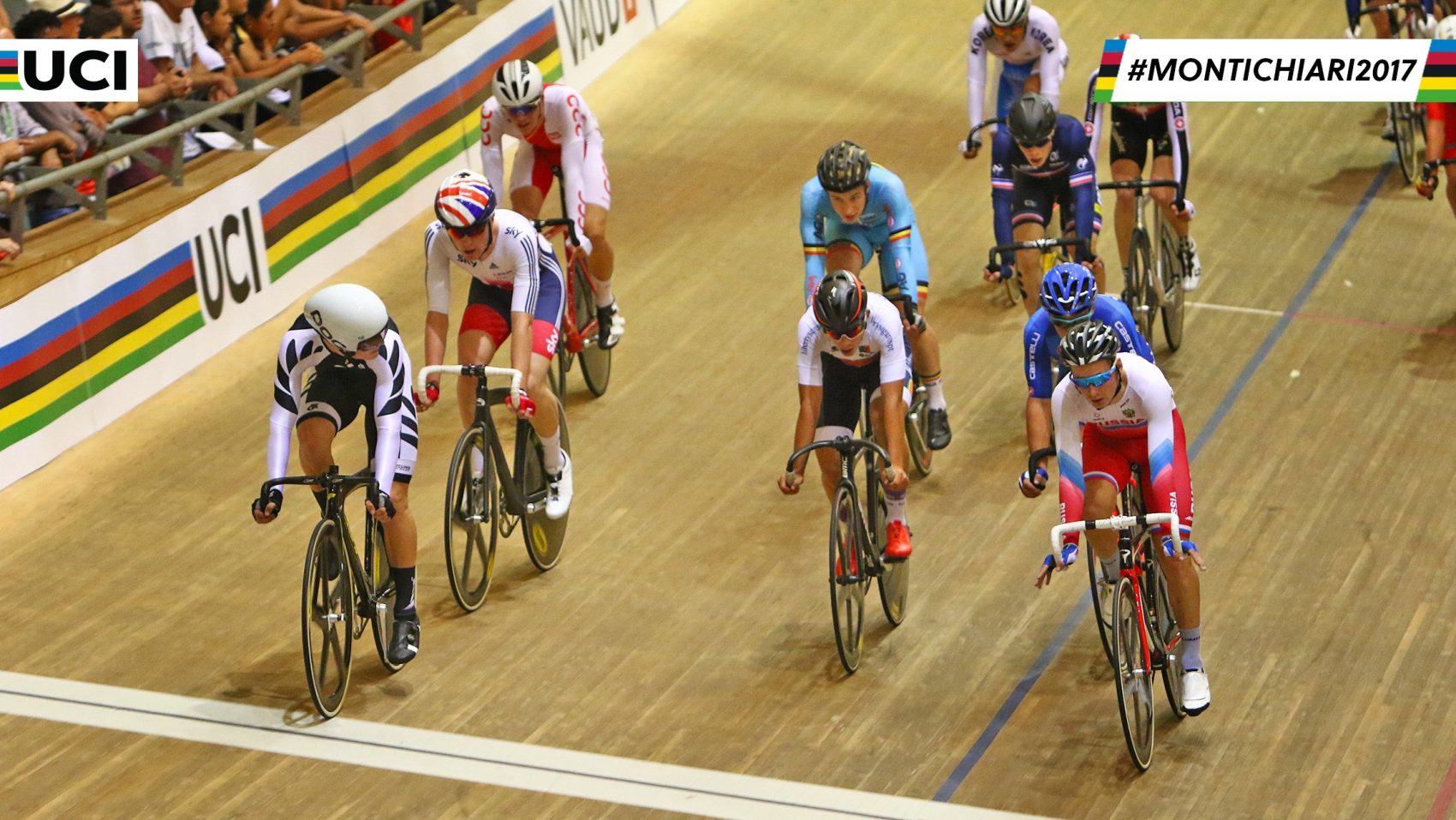 The 2017 UCI Junior Track Cycling World Championships get underway in Montichiari, Italy, on Wednesday and run through until Sunday. It is the second time, after 2010, that Montichiari hosts this event, and the fifth time that they take place in Italy.

A town in the northern Lombardy region, Montichiari is approximately two hours east of Milan. The Velodrome Fassa Bortolo, the only indoor velodrome in Italy, opened in 2010 and has also hosted the 2011 and 2016 UCI Para-cycling Track World Championships as well as the European Championships.

More than 100 women and nearly 200 men from 42 countries are entered for the five days of competition across team and individual events, in sprint and endurance racing.

While many athletes who won titles last year have moved up to the Elite ranks, a few will return to defend their titles. The only returning Junior Men UCI World Champions are Pavel Rostov and Dmitry Nesterov of Russia, who made up two-thirds of the winning team sprint squad in 2016. On the women’s side, there are a few more, including Maria Novolodskaya of Russia who won the individual pursuit title, Chiara Consonni and Letizia Paternoster of Italy from the team pursuit and points race (Pasternoster), Ellesse Andrews of New Zealand for the team sprint, and Jade Haines of Australia in the Madison.

The Championships conclude on Sunday with the points race and keirin for the women, and 1000 meter time trial and Madison for the men.