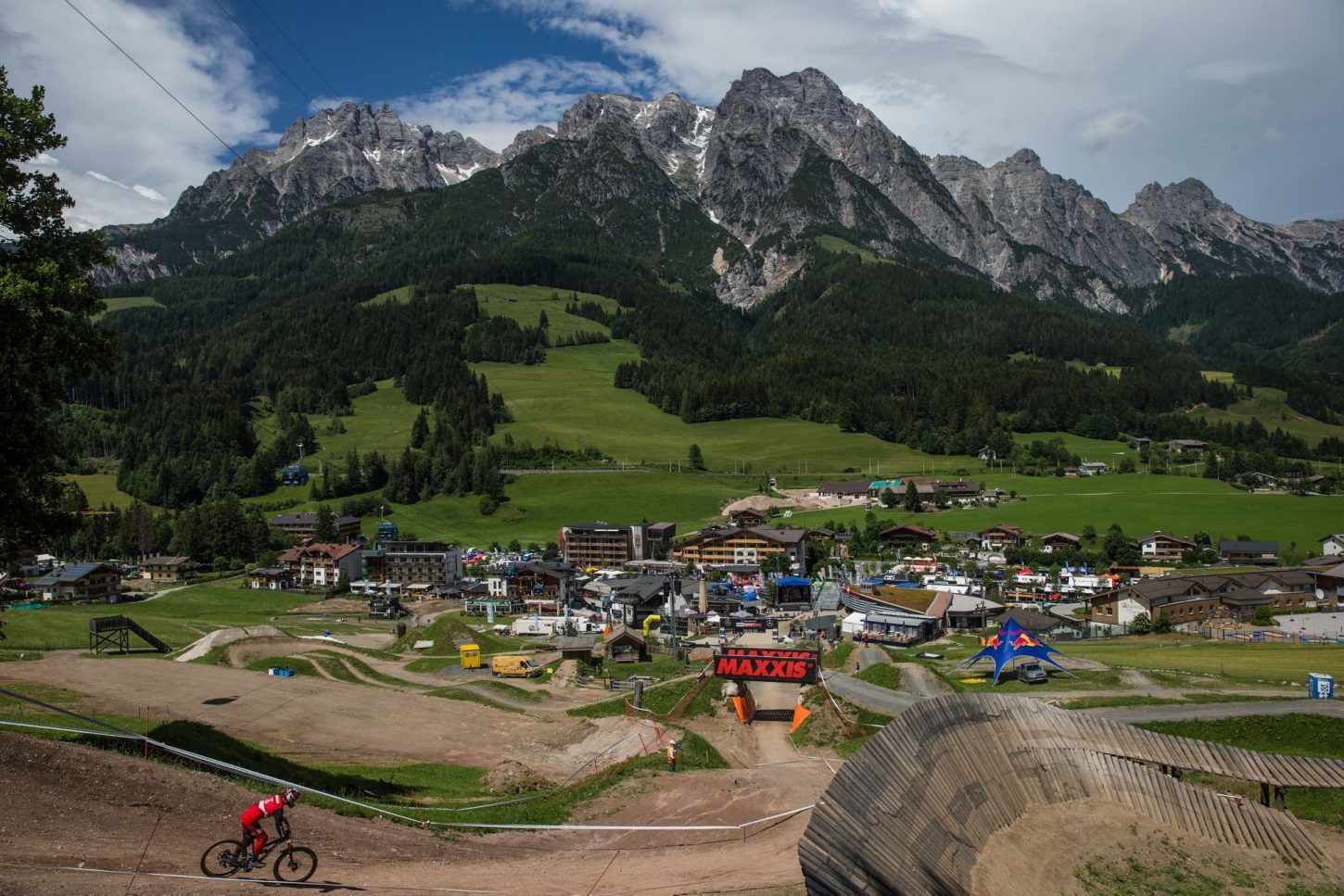 One week after round two of the downhill competition of the 2018 Mercedes-Benz UCI Mountain Bike World Cup, the gravity specialists travelled to Leogang, Austria, for the third downhill round, which completes the first half of their World Cup season.

Leogang has been on the UCI World Cup circuit since 2010, missing only 2012, when it hosted the UCI World Championships instead. After Fort William, Scotland, last week, the longest course in the series, racers in Leogang faced a shorter, steeper and more technical run.

Rachel Atherton (Trek Factory) finally returned to the top step of the podium after over a year, with the 35th World Cup win of her career. The British rider crashed in qualifying, but came back to record a time of 3:41.141 for the win. Myriam Nicole (Commencal/Vallnord), the winner of Round 1 and the World Cup leader, finished second, with Tracey Hannah (Polygon UR) third. Tahnée Seagrave (Transition/MUC-Off), the fastest qualifier and defending Leogang winner was disqualified after going off-course on her run. The overall standings are unchanged, with Nicole leading at 610 points, Atherton now only 10 back and Seagrave at 436 points.

In Fort William, Amaury Pierron (Commencal/Vallnord) won the first UCI World Cup of his career, and he followed it up with a second win in Leogang, beating three-time winner Aaron Gwin (The YT Mob) by half a second. Gwin was riding with a dislocated thumb after a crash in Round 2. Laurie Greenland (MS Mondraker) took third. With his second victory, Pierron moves into the overall lead in the standings, with 503 points. Gwin drops to second at 451 points, and Troy Brosnan (Canyon Factory) moves up from fourth to third, at 413 points.

Great Britain’s Annie Last (KMC-Ekoi-SR Suntour) has been racing cross-country since 2008, when she won the national Junior title, the first of seven national titles she has won so far. Her breakthrough came in Lenzerheide, Switzerland, last season, when she became the first British rider in 20 years to win an UCI World Cup Elite cross-country race. She followed that up by finishing second at the UCI World Championships, and began this season by finishing third at the Cape Epic stage race and winning the gold medal at the Commonwealth Games.