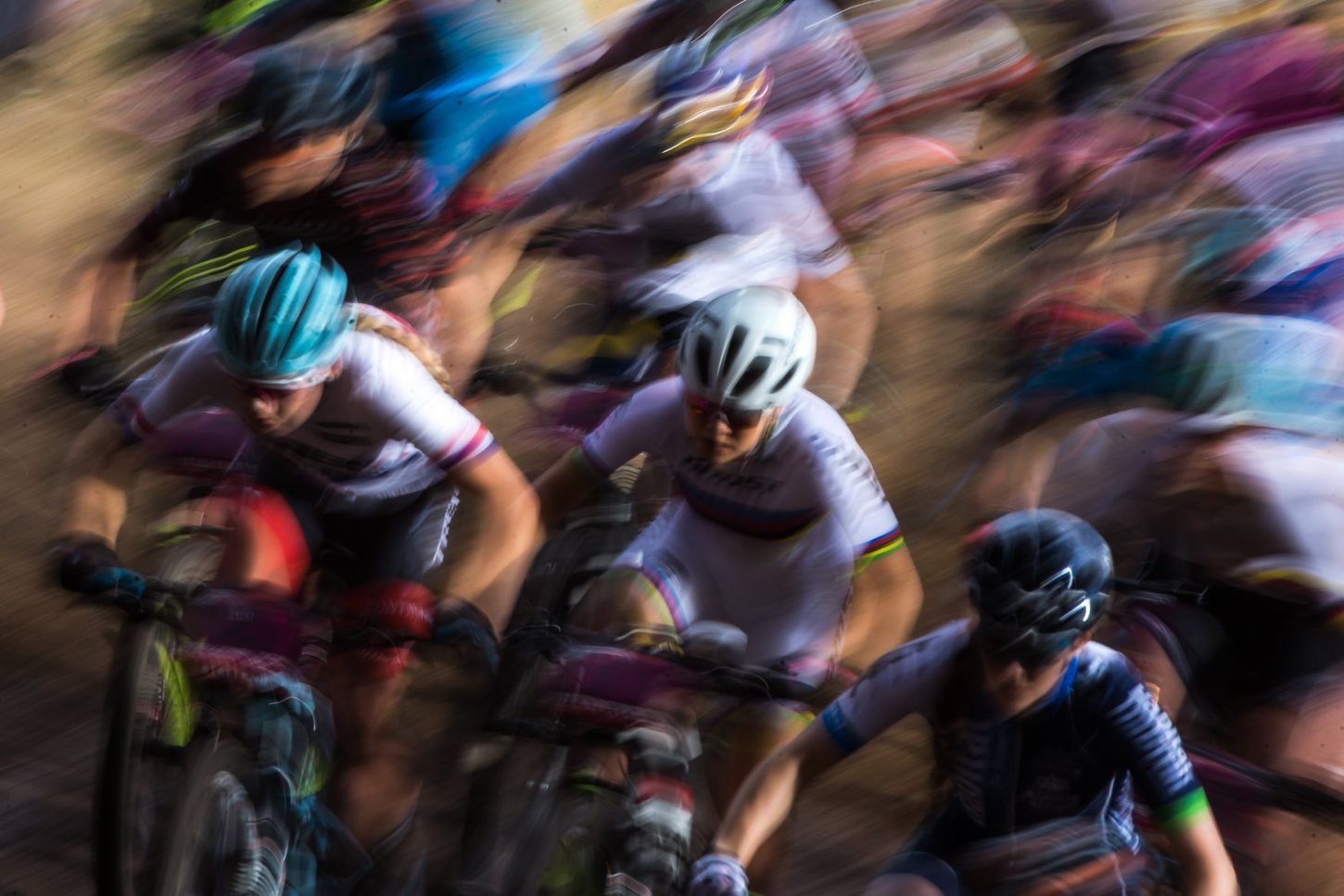 The opening round of the 2018 Mercedes-Benz UCI Mountain Bike World Cup returned to Stellenbosch, South Africa, for XCO #1 on March 10th. Stellenbosch is an ‘old-new’ location, having hosted a downhill UCI World Cup round back in 1997 and a downhill / dual slalom round in 1998. It is the first UCI World Cup in South Africa since Pietermaritzburg in 2014. The competition took place on the slopes of the Coetzenburg mountain in Stellenbosch in the Western Cape, situated 50 kilometers from Cape Town.

Annika Langvad (Specialized Racing) extended her string of consecutive opening round wins to four years in a row, after a race-long battle with former UCI World Champion Pauline Ferrand-Prévot (Canyon Factory Racing XC). After riding with Ferrand-Prévot for the first half of the race, Langvad surged away with a lap and a half to go, to win by 13 seconds over the French athlete. Under-23 rider Anne Tauber (CST Sandd American Eagle MTB Racing Team), choosing to race in the Elite category, finished third.

The men’s race saw defending UCI World Cup overall winner and UCI World Champion Nino Schurter (Scott-SRAM MTB Racing) defeated in World Cup competition for the first time since 2016, when 2017 Under-23 UCI World Champion Sam Gaze (Specialized Racing) beat the Swiss rider in a sprint for his first ever Elite World Cup victory. The two rode neck-and-neck throughout the race, with neither able to gain more than a few metres on the other. French Champion Maxime Marotte (Cannondale Factory Racing XC) came within two seconds of catching the leaders at the finish to take third.

After years of coming close to the top step of the downhill podium, Canada’s Miranda Miller finally put together the perfect ride at the 2017 UCI World Championships in Cairns, Australia, to don the rainbow jersey as Elite Women’s downhill UCI World Champion. Riding for Specialized Gravity, Miller has had multiple podium finishes at the UCI World Cup over the years, including sixth overall last year. Miller has overcome numerous injuries: broken collarbone (2007), kidney failure (2009), broken leg (2010), broken arm (2013), both arms broken (2014), and broken wrist (2015 and 2016). Despite that, she has won the Canadian national title for the past three years.