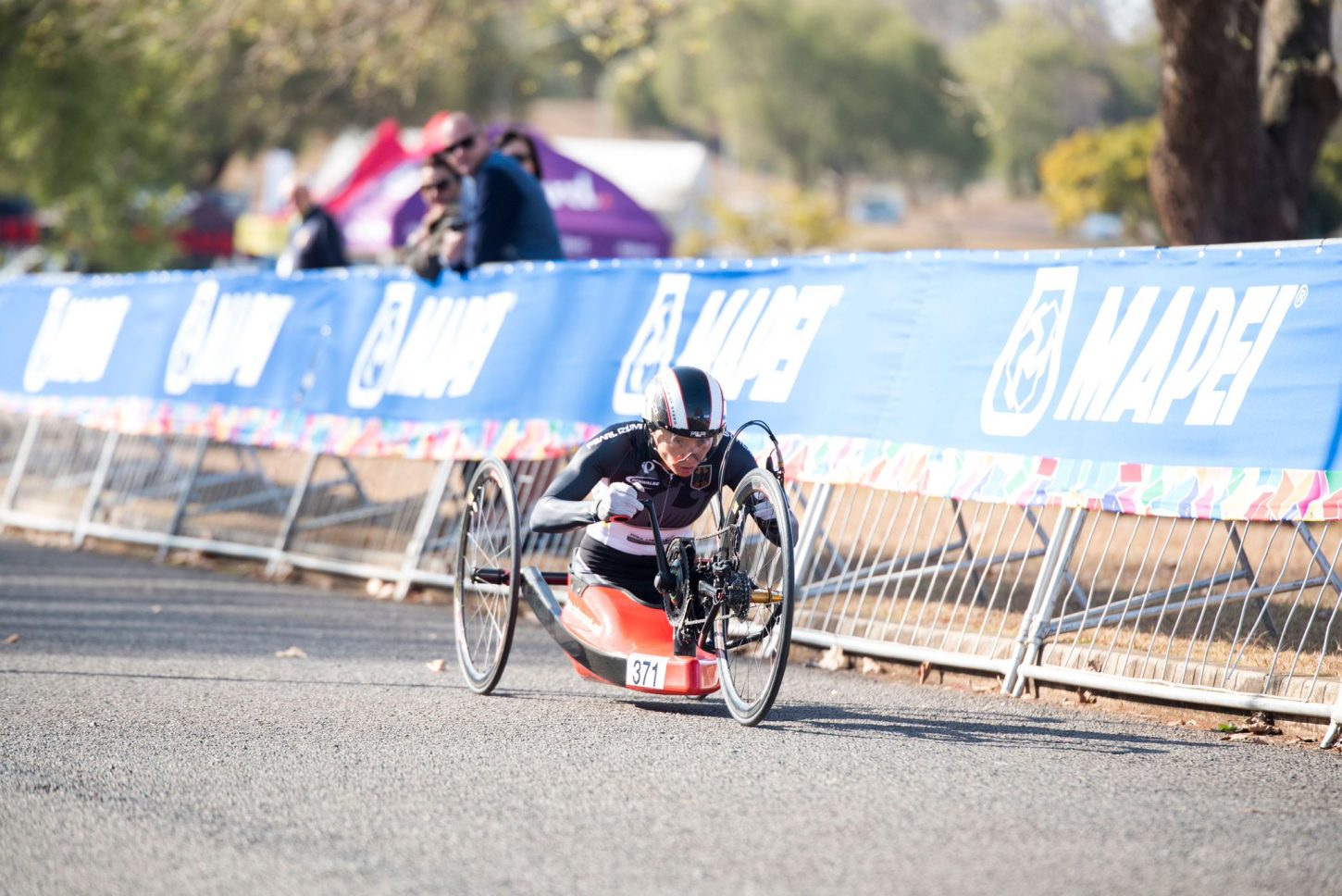 Victory was particularly sweet for Porcellato. The reigning UCI World Champion in both the time trial and road race suffered major injury last year which saw her lose the use of her right arm just two months before the Rio 2016 Paralympics. After fighting back to take two bronze medals in Rio, Porcellato proved that she is truly on top of her game in Pietermaritzburg: “I am just so happy,” she said. “I worked a lot for this. I wanted this medal, and I wanted this colour! My win today is good for me mentally.”

Though the Netherlands missed out on gold in Men’s H5 racing, Jetze Plat graciously provided his country with a gold in H4 racing, simply flying past fellow competitors Rafal Wilk (Poland) and Krystian Gierda.

“It was the best time trial I’ve ever had in my life! I just spent three weeks training at altitude and I knew the course would suit me,” exclaimed Plat, who now possesses his first-ever UCI World Championship title.

Germany’s Hans-Peter Durst may be nearing his sixties, but nothing seems to slow down this T2 para-cycling powerhouse; Thursday, Durst out-paced American Ryan Boyle and New Zealand’s Stephen Hills. However, victory wasn’t always a given, as by mid-course the German was lagging behind Boyle, but he rallied back to gain 16 seconds on the American.

“Ryan is very strong, so it’s almost a shame that he didn’t win,” commented Durst, who now has five consecutive wins under his belt. “However, I’ve been told that five wins in a row is a record, so today’s win is very special to me.”

After winning silver in the time trial two years ago in Nottwil (Switzerland) and at the Rio 2016 Paralympics, Eskau was more than happy to go one better in Pietermaritzburg. Reigning UCI World Champion in the road race, she will be hoping to make it a double with the time trial victory already under her belt: “It’s always such a great feeling to win. Both the ITT course and the road race course here suit me. You need to be powerful but not too technical which is good because I’m not a technical rider.”