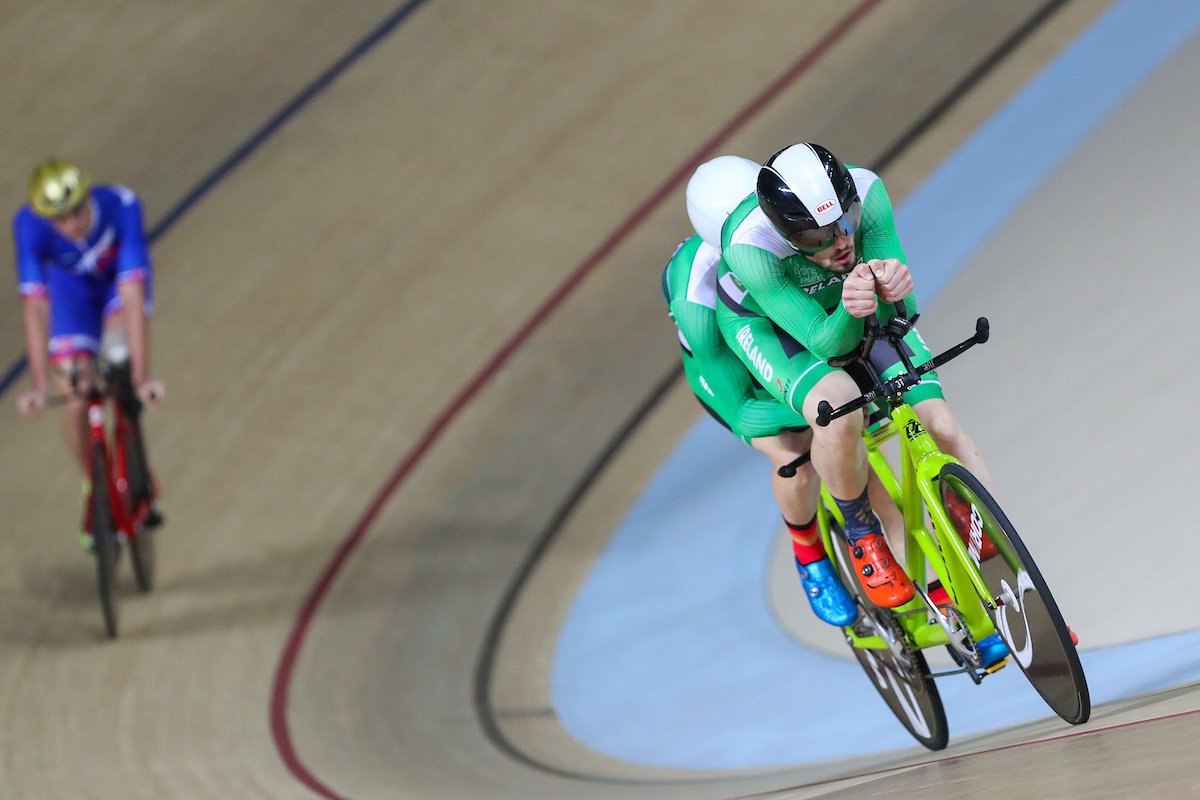 The most titled rider of the championships so far is the Netherlands’ Alyda Norbruis who pulled on two more rainbow jerseys on Friday following her victory in the individual pursuit on the first day of competition.

Her wins in the C2 time trial and the C1-3 Scratch Race marked her 9th and 10th world titles since taking up para-cycling in 2011. The triple 2018 UCI World Champion, who won time trial gold at the 2016 Paralympics, said: “Every title is new and has its own story behind it.”

“Riding in this velodrome has brought back a lot of good memories. It is so special. I am very proud of how I raced. The scratch race was the hardest. You just have to keep your eyes on the fast ones in front and push, push and push.”

The Dutch athlete has finished her Worlds campaign despite the event continuing for another two days: “It feels very strange,” she said. “I will chill now, maybe go to the pool or the beach and relax. I will also support my team mates!”

Silver and bronze in the C2 time trial went to Australian Amanda Reid and China’s Zhenling Song respectively, while German Denise Schindler and American Jamie Whitmore finished second and third behind the Dutch Champion in the Scratch Race.

In a blistering demonstration, Li broke her own world record by almost a second to clock a new best time of 43.430 over 500m. Her compatriot, holder of the world record in the Men’s C1 time trial, outrode his opponents to record 1:12.586 over 1km, edging out Arnoud Nijhuis (the Netherlands) and Ricardo Ten Argiles (Spain).

Meanwhile Great Britain’s Megan Giglia put months of injury behind her to take gold in the Women’s C3 time trial after silver in yesterday’s individual pursuit.

After undergoing shoulder surgery in December, the individual pursuit Paralympic Champion was delighted with her two medals at these championships.

“Yesterday I tried not to put too much pressure on myself. I had to work out where I was and be realistic. After qualifications I had nothing to lose. I tried to smash it and I died. Literally!”

“Back at the hotel last night I had to refocus. 500m is very short so today I knew I just had to pedal and go for it. I’m very happy!”

Meanwhile experienced USA athlete Joseph Berenyi took his fourth C3 time trial world title in as many years: “I always put expectations on myself but it’s getting harder with age, the aches, pains and injuries,” said the 49-year-old. “Winning is just as exciting as it was in the beginning!”

Fastest in qualifying, Lora Fachie and Corrine Hall again set the Velodromo Municipal do Rio alight: less than two years after their Paralympic title in the Brazilian capital, they pulled on their first-ever rainbow UCI World Champion jersey.

“It’s been a long time coming,” said a delighted Lora Fachie, who has had many successes on the road, after the winning ride against Belgian tandem of Griet Hoet and Anneleen Monsieur. “This is my 8th track world championships and at last I have the jersey. We knew we were capable (of winning) but we had to show it on the day. We’ve broken the curse,” she laughed. “I think this velodrome in Rio suits us.”

Same sentiments for the British Men’s tandem, who won the gold medal race against reigning UCI World Champions Spain (Ignacic Avila Rodriguez and Joan Font Bertoli). Stephen Bate and pilot Adam Duggleby had been eager to return to the Rio velodrome where they won Paralympic gold and set a world record in 2016.

“Coming back here has been great. It’s like a dream come true,” said Bate. “We knew we had a good chance. We always set the bar high.”

The Netherlands (Tristan Bangma and Patrick Bos) rounded out the podium.