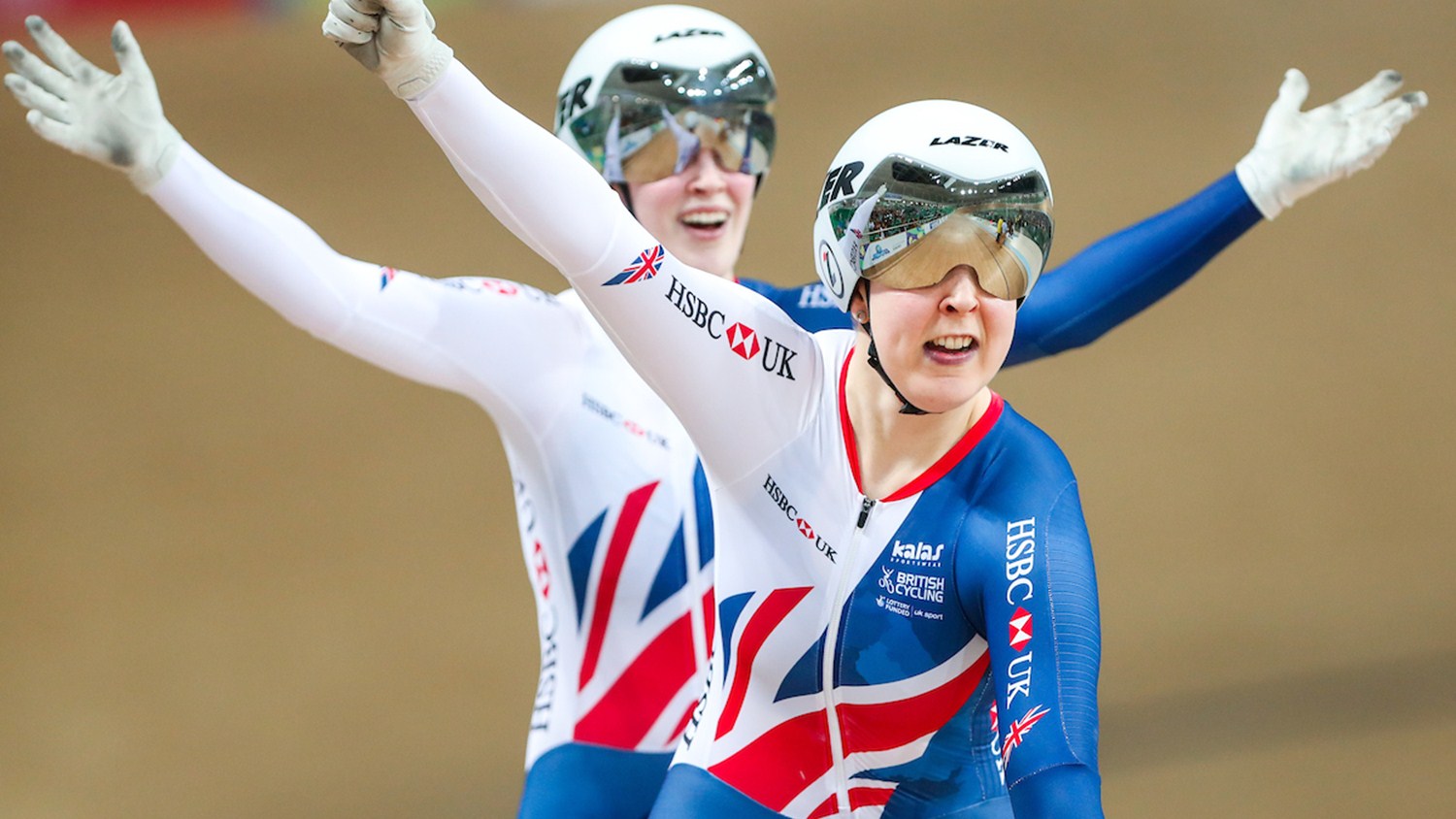 Two world records set and seven UCI World Champions crowned: the Velodromo Municipal do Rio was the stage of much excitement on the third day of the UCI Para-cycling Track World Championships in Brazil.

Both world records were broken in women’s events: the WB time trial and the WC4 individual pursuit.

The British women’s tandem of Sophie Thornhill and Helen Scott blitzed over the 1km time trial in 1:05.079, beating Thornhill’s own world record set with pilot Rachel James four years ago in Aguascalientes (Mexico).

“We’ve been working very hard for this and we knew we were in good shape,” explained Thornhill who nevertheless had a moment of doubt at the end when her sighted pilot saw the time on the electronic board and cried out ‘oh my goodness’.

“I though we hadn’t gone fast enough,” laughed Thornhill.” “Usually we have a fairly good perception of our speed when we ride, but today we had no idea.  When I realized, I just screamed in her ear!”

The British men’s tandems joined in the celebrations with gold and silver in the 1km time trial. World record holder Neil Fachie and his pilot Matthew Rotherham were the only pair in the 24-strong field to creep under 1 minute (59.686). They won the world title from the 2017 UCI World Champion James Ball, riding with pilot Peter Mitchell. The bronze medal went to the Netherlands’ Tristan Bangma and Patrick Bos.

The second world record of the day was set by Emily Petricola in the WC4 individual pursuit. The Australian set a new world mark of 3:54.501 for 3km to qualify fastest for the afternoon’s final.

However, her opponent in the gold medal duel was none other than Shawn Morelli (USA), an experienced athlete who had just lost her world record to the Australian. Morelli did not allow herself to be unsettled, keeping a cool head in the final to beat the new world record holder and successfully retain the title she won in Los Angeles last year.

“After qualifications I spoke to my coach and we decided to stick to race plan,” explained Morelli. “It was an exciting race to be in and I wasn’t sure (of my win) until the end. Nobody was telling me I was down, and I saw Sarah (Hammer – coach) running up and down so I guessed that meant I had to keep the pressure on!”

Reigning Paralympic and UCI World Champion Jozef Metelka, of Slovakia, again proved his dominance in the Men’s C4 individual pursuit. In a repeat of last year’s final, he beat Australian Kyle Bridgwood to claim the rainbow jersey, the sixth of his para-cycling career.

“I’m very happy. The first kilometer helped a lot. I think that’s where I made the difference and I am very pleased,” said Metelka, second in Thursday’s time trial, who relished the chance of returning to the site of his Paralympic victory.

“I am glad they’ve kept this velodrome alive and I hope that will continue,” he said.

In the WC5 final, Great Britain’s Crystal Lane-Wright refused to succumb to the pressure of being the fastest qualifier. After resting at her hotel, she came back to beat Kiwi Nicole Murray in the gold medal final.

“Back at the hotel, I just concentrated on the fact that I had to race over another 12 laps,” explained the UCI World Champion. “I wasn’t thinking about the medal. That would have been stressful. When I heard the final-lap bell, I knew I was slowing and I hoped she (Murray) didn’t have a finishing sprint in her!”

Crowned in the time trial on Day 1 of competition, Groot used her speed in the final sprint: “Before the race, the coach told me to wait for the final sprint because I am the fastest over 500m. Until then I just followed the group and went with the strong riders when they attacked.”

“When I decided to go, I just waited to see if they (the other riders) would come around me. And they didn’t. It’s incredible!”