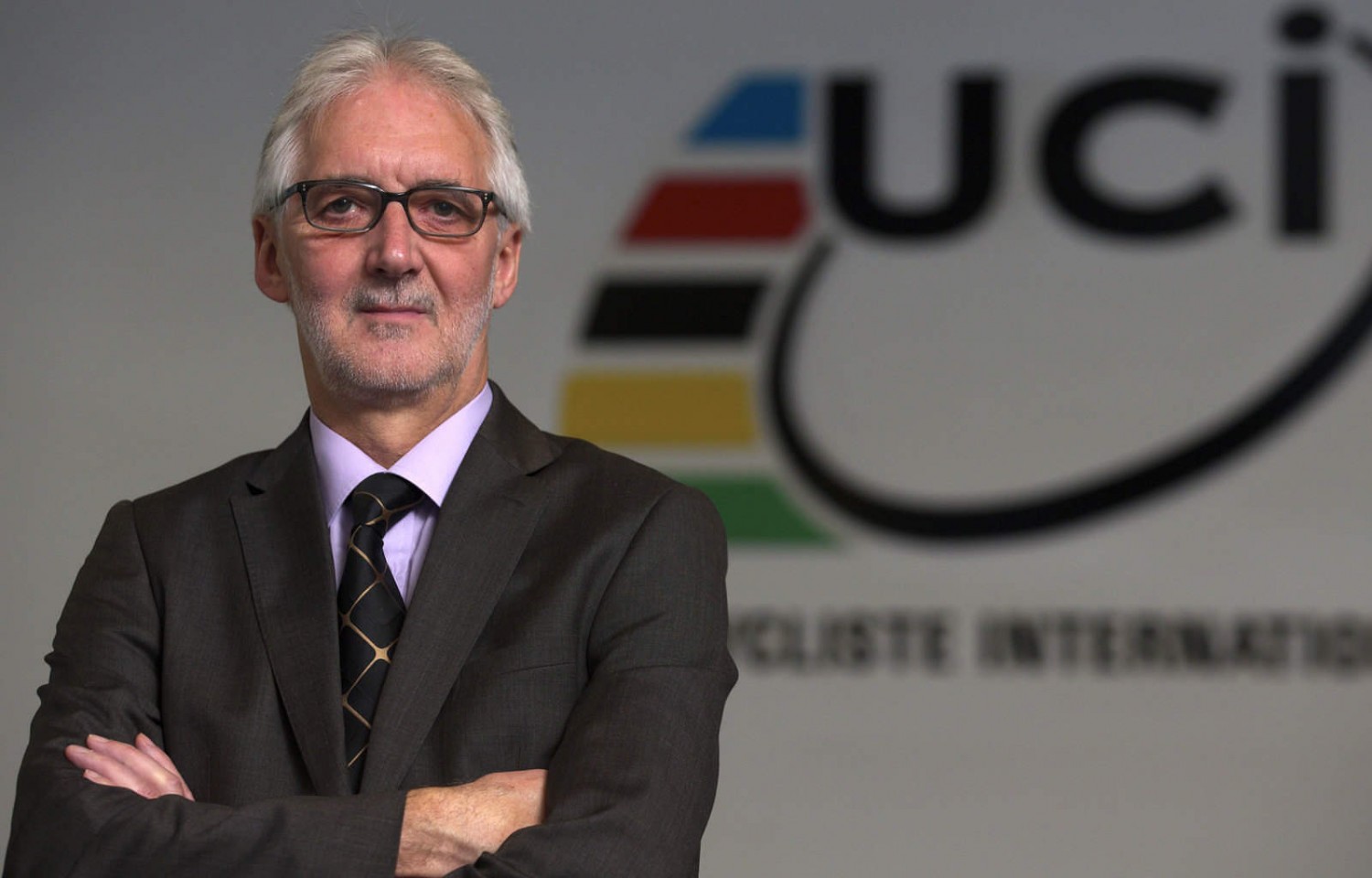 “I am seeking the continued trust and support of the cycling community, so we can build on the progress that we have made together over the last four years”, Cookson said in a statement.

The UCI presidential election takes place in September at the World Cycling Congress, during this year’s road world championships in Bergen, Norway.

The 65-year-old former head of British Cycling was elected president in 2013, after beating incumbent Pat McQuaid, who had been UCI president since 2005, during a hotly contested election.

Cookson won on platform of pledging sweeping reforms to the sport, especially in the areas anti-doping and gender equality.

It is speculated that Cookson may receive a challenge this year, from David Lappartient, who is the president of the Union of European Cycling (UEC) and a former president of the French Cycling Federation.

Cookson issued the following campaign statement over the weekend:

Our sport has come a long way in just four years. By working together we have made huge progress. People tell me they are proud to be involved with our sport and with the UCI once again. Cycling is more open, more transparent, more international and more inclusive than ever before.

It’s great to see this change of direction when back in 2013 there were repeated concerns about a lack of credibility, transparency, and integrity, with the UCI often in the shadow of scandal.

AdTech Ad
We have made a great start but there is much more that needs to be done. That’s why I’m standing for a second and final term as UCI President. I want to lock in the progress that, together, we have made over the past four years, and make further progress by delivering my six point plan to keep cycling growing globally.

This strategic plan will drive growth across all cycling’s disciplines, accelerate our international development, champion cycling for transport and leisure, ensure there is equal opportunity for men and women to participate and compete, build on our restored credibility and ensure the UCI continues to drive excellence in our operations.

Over the past four years, we have achieved a lot together. Now I am asking again for your support, to help deliver this six point strategic plan, keep cycling growing globally, and finish the work I am so passionate about.