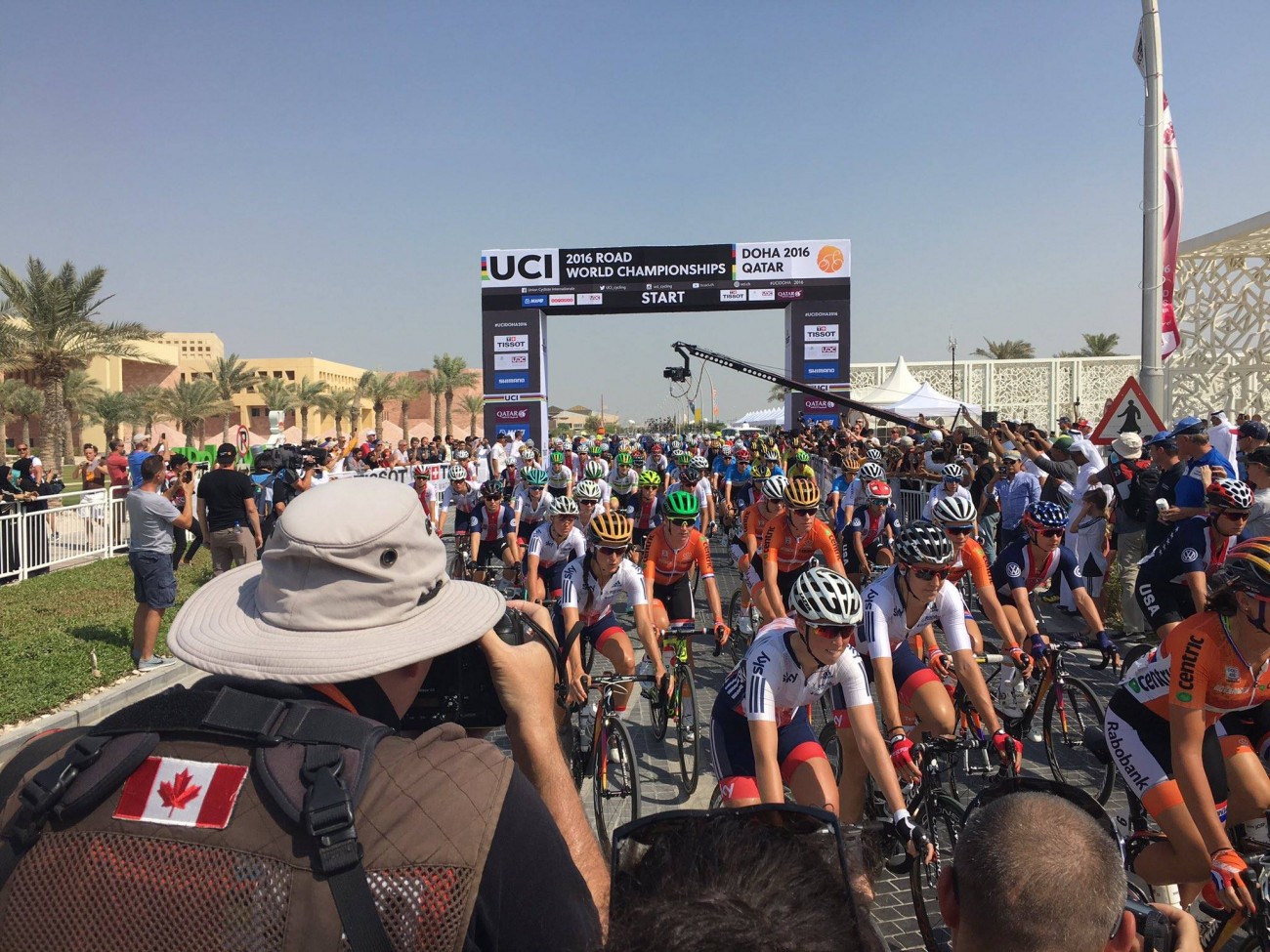 Meanwhile, Finland’s Lotta Lepisto claimed the last post on the podium to earn the bronze medal.

“The heat? I felt good the entire race,” she added. “I had some amazing teammates, we only had three today. They kept bringing me bottles, and when I crashed, they brought me back, so I have to say thank you to the two girls.”

“Of course, I hoped to win the gold medal, Wild said. “I am a bit disappointed. I think we did a strong, good race today as a team, and I cannot blame anyone but myself. I looked behind in the last corner, and I saw Amelie on my wheel, so I knew it would be hard to beat her.”

“Maybe I went a bit too early, but she was very strong, and she passed me in the last meters. For us, this course is like Holland, except the fields are yellow, instead of green, and the cows are camels. Now it feels like I [lost] gold.”

A sprint seemed practically inevitable on the flat parcours in the 134.5-kilometer race. Japan’s Eri Yonamine was the first escapee up the road, getting clear in the early goings. She was joined before long by Nicole Hanselmann of Switzerland, but the duo was brought back with around 70 kilometers remaining.

Amber Neben of the United States attacked with a little over 40 kilometers to go, giving her a chance to double up on world titles in Doha after winning the time trial Tuesday, but she was reeled in around 15 kilometers from the finish.

Inside the final 10 kilometers, Sweden’s Emma Johansson dug deep with defending champion Elizabeth Deignan (formerly Armitstead) of Great Britain on her wheel attempting to force a bit of separation, but they too were quickly marshaled by a well-organized peloton, with the Dutch team leading the way at the front of the pack.

The orange squad drove the pace into the final kilometer, with Wild seemingly in perfect position for the sprint, but her final lead out rider peeled off 200 meters from the line, leaving the 34-year-old in the wind perhaps a few moments too early. Wild led the sprinters into the last 50 meters, but Dideriksen — overcoming a prior crash — surged past just in time to seize the victory.